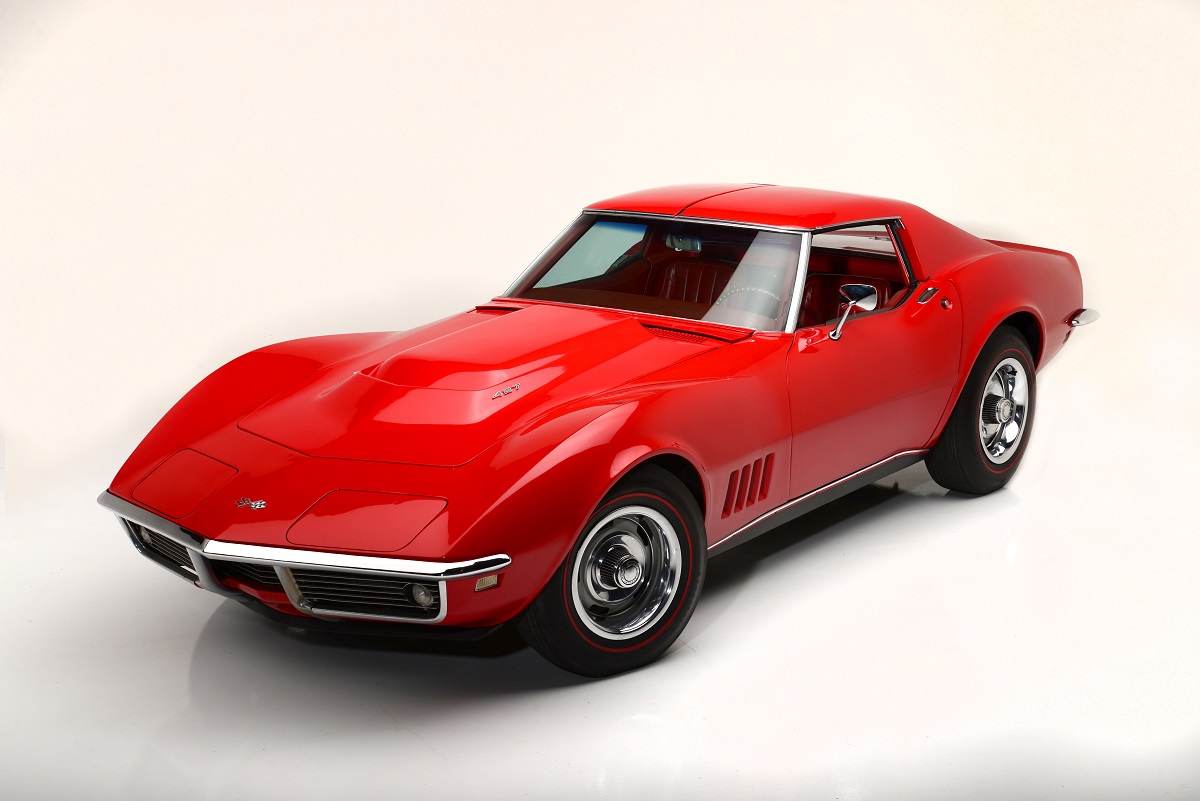 Editor’s note: This is the first in a 10-day series featuring cars to be sold September 24-26 during Barrett-Jackson’s Las Vegas auction.

A total of 216 L88 Corvettes were produced during 1967-1969 as what was essentially a factory racing option, powered by the 427/430 horsepower V8 and heavy-duty four-speed transmission.

The L88 package for the Corvette included all the ingredients to allow the everyday driver to destroy any potential competition at local track events, while the pros were able to dominate the 12 hours of Sebring, 24 hours of Daytona, FIA GT and the SCCA A Production Competition.

Besides the 427 and the four-speed, the L88 boasts a Positraction rear, heavy-duty suspension, heavy-duty power brakes, a special cooling system and a raised fresh-air induction hood.

This particular L88 Corvette with 24,760 actual miles has had two owners during its life and still retains the original build sheet from factory glued to the gas tank.

Equipped with a period-correct drive train with a M22 Rock Crusher 4-speed transmission and a 4.11 rear end, the car retains its original 427 L88 engine, although the motor has been rebuilt with headers and factory exhaust.

This 1968 L88 Corvette has been professionally repainted with lacquer paint and still has the original leather interior, factory radio delete and removable back window.

The original spare tire comes with the car and has never been on the ground.

According to the current owner, this L88 won second Place at the Indianapolis World of Wheels in 1977 – the one and only car show in which the car competed.