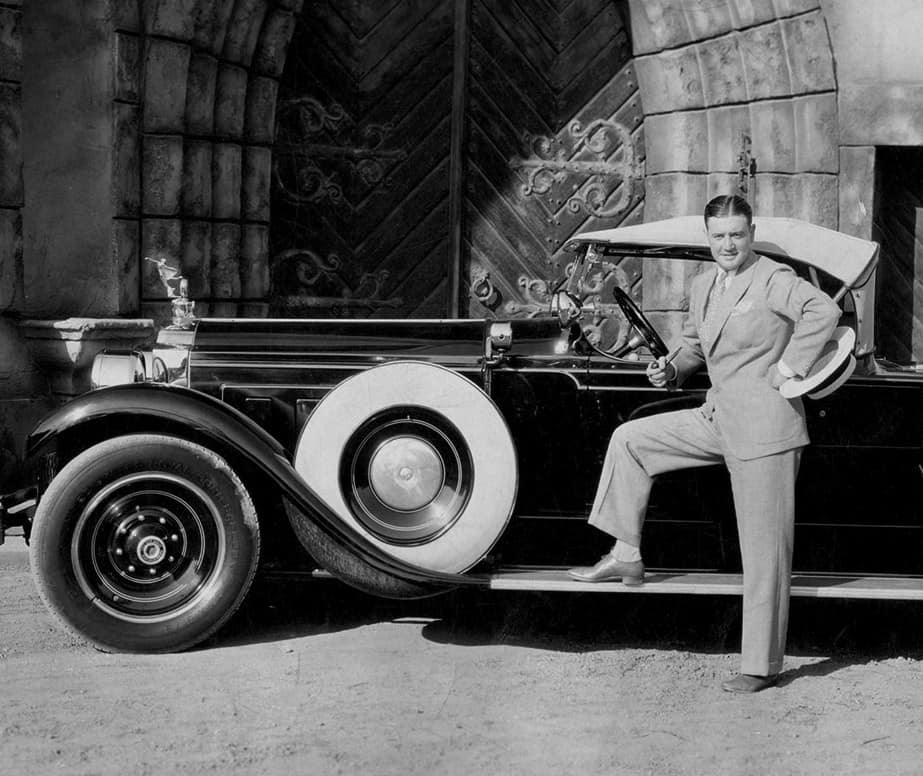 From the beginning, the stars born of the Hollywood movie industry have wanted to be seen in the best cars available. Richard Dix, seen here posing with a 1928 Packard 443 custom eight roadster, was just such a leading man.

Born Ernest Brimmer, he studied to be a surgeon, but his talent for acting blossomed in drama club at school. Dix went on to become one of the few stars to transition successfully from silent pictures to the “talkies.”

This picture is dated February 25, 1930, and the featured Packard would already have been a used car. The shot is clearly taken on the set of a movie lot; if you look carefully, you can see the backdrop is a prop. I suspect that the Packard may actually belong to Dix – check out the custom figurine that’s been added to the motometer – and that the image might be taken at the RKO lot in Los Angles. Dix had just left Paramount to sign with RKO in 1929.

Although Packard had dealers in both Beverly Hills and Hollywood, the most prolific dealer was Earle C. Anthony, Packard’s West Coast distributor. Today, one can only imagine what it must have been like to see cars like this Packard roadster rolling through the streets of Hollywood.