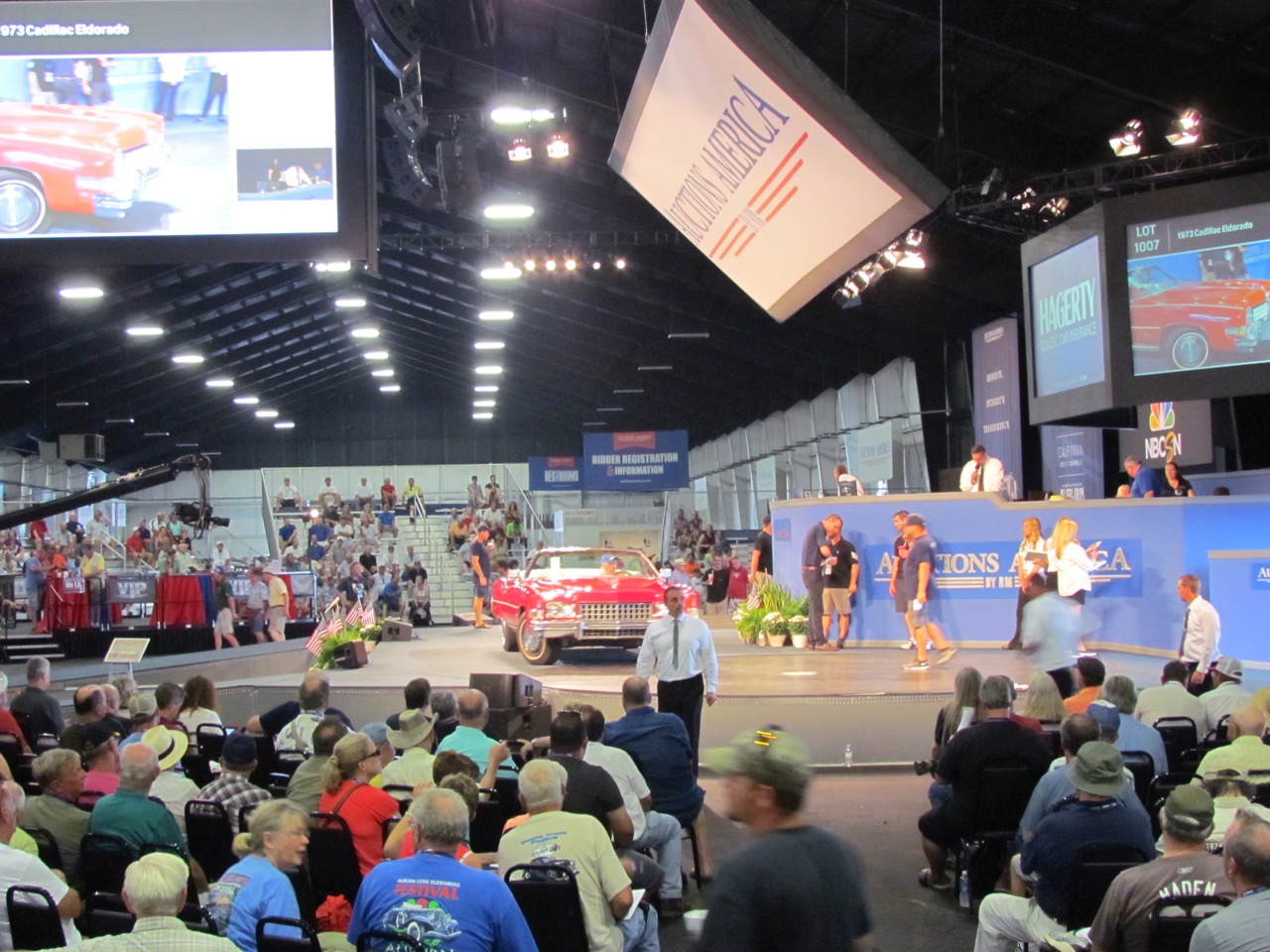 Auctions America, a division of RM Sotheby’s, took over the sale after RM purchased the expansive Auburn Auction Park from Dean Kruse, who had built the facility for Kruse Auctions.

“Each year, our aim is to make Auburn Fall bigger and better, and I’m proud to share that was certainly the case for 2015,” Donnie Gould, president of Auctions America, said in a news release. “It was our greatest attended event to date, comfortably surpassing 2014 crowds with one less day.

“From an auction perspective, the fact that 35 percent of bidders represented first-time clients is also great news and reflects Auctions America’s proven ability to reach and attract new audiences through not only our targeted marketing and client outreach, but by offering diverse, quality product.”

The diversity of the consignments shows in hammer prices that ranged from four to seven figures. Bidders represented 45 states and 13 countries, and the car corral and swap meet area drew more than 6.8 miles of vendor booths and vehicles for sale. Total attendance was more than 85,000.

More than 870 cars crossed the side-by-side auction blocks with 73 percent selling. Total sales for the auction were $19,684,914, Auctions America reported.

As expected, a 1929 Duesenberg Model J convertible coupe with Murphy bodywork was the top-seller of the Labor Day weekend. The car, in glowing silver paint, sold for $1,402,500.

“I’ve been attending Auburn Fall for more than 15 years, and for me, the weekend is not just about the action on the block,” Ramsey told Auctions America. “Add in the car corral, swap meet and all the other activities and it’s a complete hobby experience that everyone I meet really enjoys.

“Auburn has a style all its own that I’m proud to be a part of. I look forward to seeing it continue to grow for years to come.”

He added that, “When deciding to sell a part of my collection, Auctions America was a natural choice… the incredible crowds, excitement, and results enjoyed this past weekend prove that I made the right decision.

Auctions American ends its 2015 season October 31 with its inaugural sale at the Hilton Head Island Motoring Festival and Concours d’Elegance.