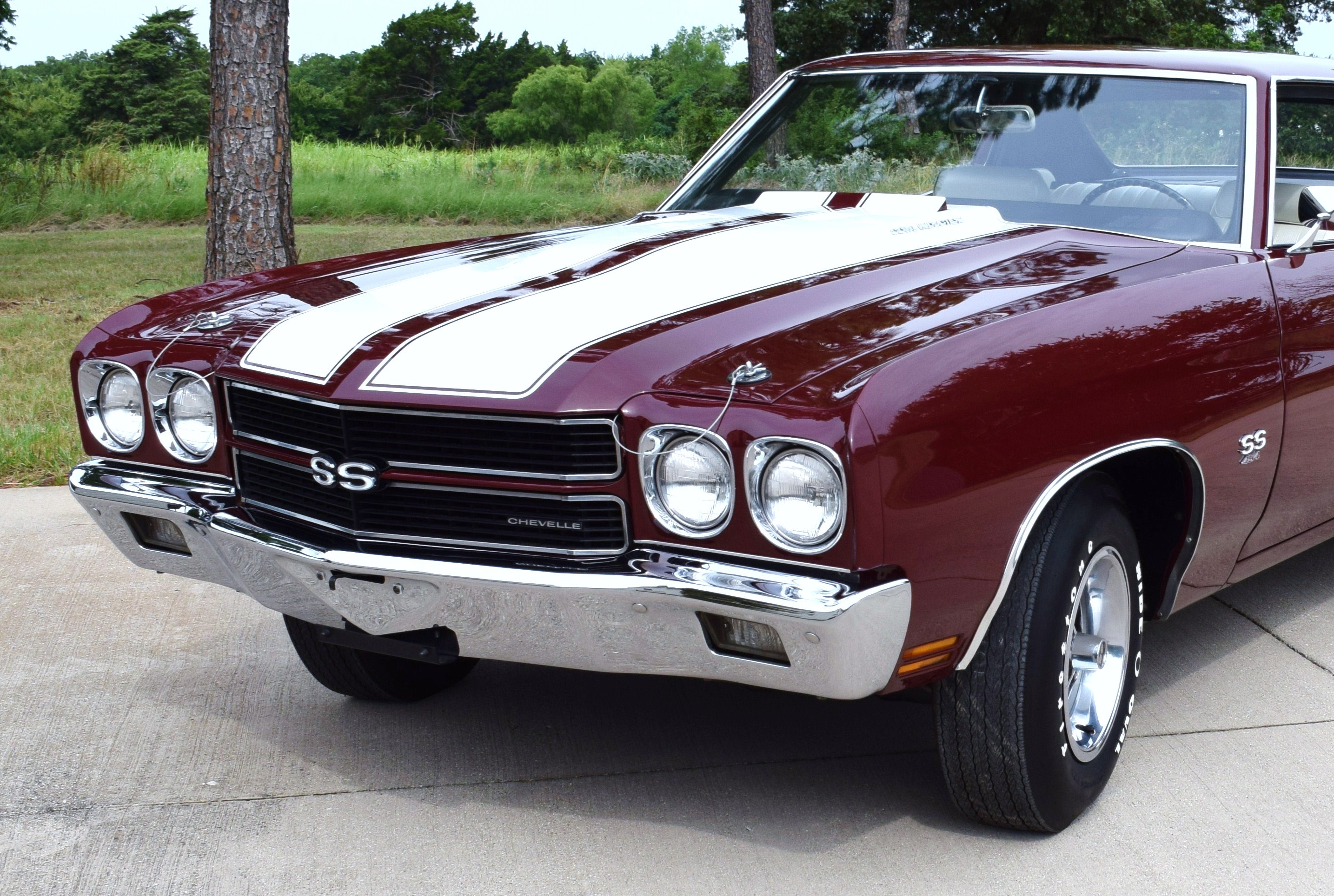 The 1970 Ford Mustang Boss 429 has been restored to perfection, Mecum says | Mecum photos

The 1953 Corvette is one of two Bloomington Gold ‘survivors’

The Mecum auction at the Kay Bailey Hutchison Convention Center in Dallas also features rare sports cars, such as a 1953 Chevrolet Corvette that is one of just two first-year Vettes to earn Bloomington Gold Survivor status, and exotics that include a fully restored 1985 Lamborghini Countach 5000S. Classics, customs, resto-mods and modern exotics round out the docket.

The Mustang Boss 429 fastback is one of 857 built to homologate Ford’s “semi-hemi” V8 engine designed for NASCAR racing, as well as offering big-block fans with what Roy Lunn of GT40 fame described as a “really just a hairy, crazy road machine.”

The Chevelle LS6 is powered by a high-performance 454 V8

Another primo big block is the Chevelle LS6 coupe, the culmination of GM’s muscle-car development with a 454 cid solid-lifter V8 engine conservatively rated at 450 horsepower and 500 pound-feet of torque, with a four-speed “Rock Crusher” manual transmission. Mecum describes this Chevelle as a restored numbers-matching car fitted with a 4.10 rear for quick getaways.

Besides the desirable NASCAR-style Dodge Daytona with its towering wing, 440 cid V8 and four-speed manual transmission, another Mopar offered by Mecum is an ultra-low mileage 1970 Plymouth ‘Cuda, showing just 5,644 miles and powered by the 440 cid V8 with six-pack carburetion and automatic transmission.

Lamborghini Countach was a trendsetting exotic

For fans of ’80s exotic sports cars, nothing comes close to the wild, groundbreaking Lamborghini Countach. This restored example of a late 5000S, one of just 321 produced between 1982 and 1985, is powered by the mighty Lambo V12 fitted with six side-draft Weber carburetors.

The 2014 Mecum auction in Dallas, one of three Texas sales by the auction company, garnered hammer sales of more than $31 million with 766 vehicles sold for a 66 percent sell-through rate. Top seller was a 1969 Corvette L88 coupe that went for more than $680,000.

“With three auctions in Texas, we look forward to each return to the state and the energy and momentum that’s helped make the Dallas auction one of the largest Mecum Auctions’ events,” Dana Mecum, founder and president of Mecum Auctions, said in a news release.

The 2015 auction opens with an automobilia sale on Wednesday, with collector cars crossing the block Thursday, Friday and Saturday. NBC Sports Network will broadcast 18 hours of auction coverage with live streaming of the entire auction on www.mecum.com.