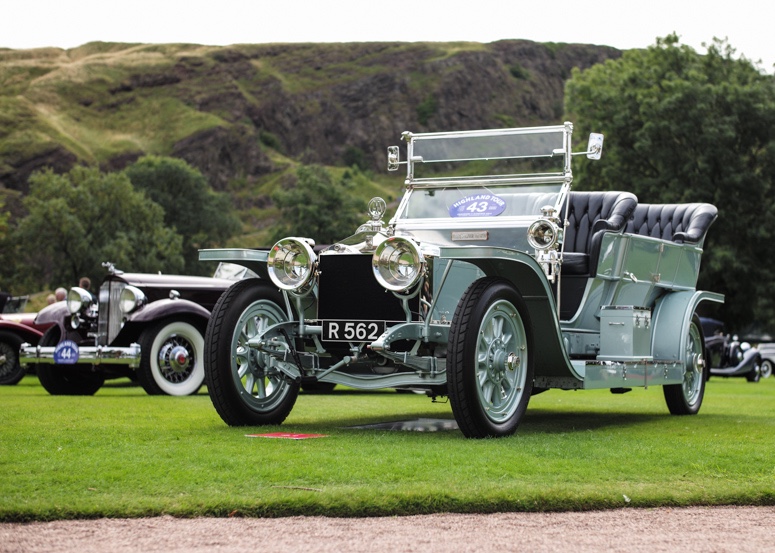 The “Royal” Concours of Elegance is different from other concours on several levels. For one, it is held each year at a different royal palace on the British Isles. For another, instead of a panel of “expert” judges, the best of show award is decided by collecting ballots from the owners of the 60 cars invited to the event.

The 2015 concours was held at the Palace of Holyroodhouse in Edinburgh, Scotland, where the best of show award went to a 1903 Mercedes Simplex 60HP owned by Anke Ruckwarth.

“Owners praised the incredible engineering in this 112-year-old car, powered by a 9.2-liter four-cylinder engine and capable of nearly 80 mph,” the concours news release reported. “Only four are known to exist.”

While the top prize is voted by the participants themselves, there are other major awards chosen by the event organizers. Those include:

Pick of the Day: 1969 Rambler American, appealingly clean and simple