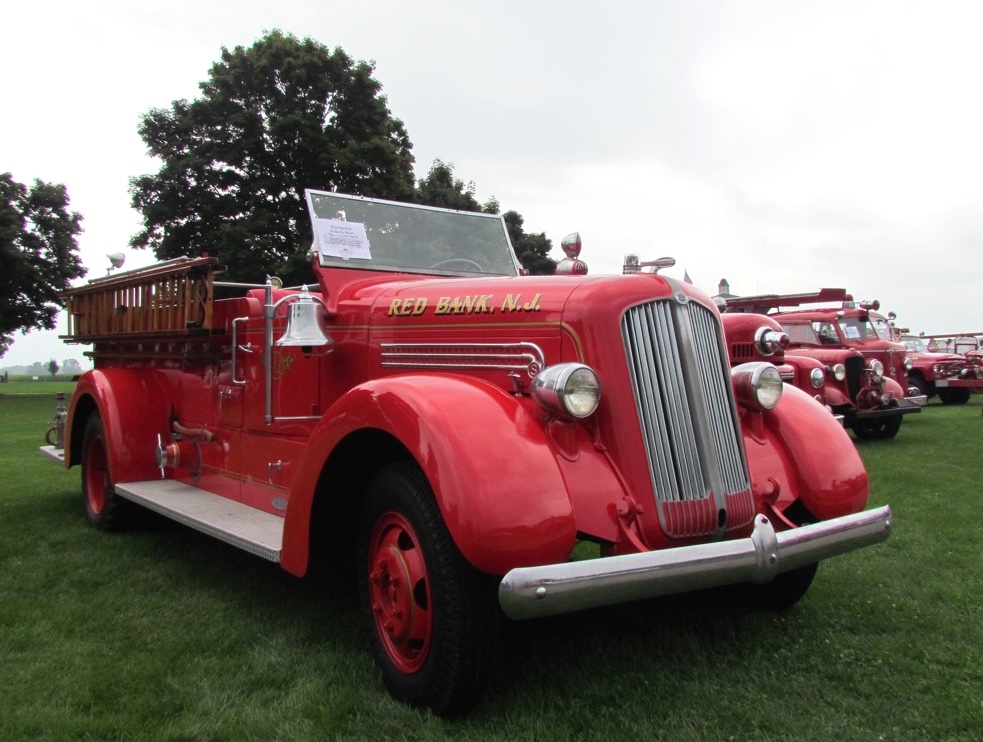 A sound track of bits of the Adam-12 television program — “1 Adam-12, 1 Adam-12, see the man at…..” — was playing near the 1969 Plymouth Belvedere that looked like it had just emerged from the set of the show. Parked nearby were tribute duplicates of Andy and Barney’s black-and-white Mayberry Sheriff’s Department Ford and of Starsky and Hutch’s ’74 Gran Torino Sport in its dramatic red-and-white paint scheme.

Active police cruisers from several departments were stationed nearby, and just across the paved lane was a long and impressive row of vintage ambulances.

Keep walking past the big red barns that house the permanent car collection at the Gilmore Car Museum, and on the oval track and huge show field were a one-day array of vintage fire trucks as well as a group of current EMS and rescue and other public safety units.

The occasion was the inaugural Emergency Vehicle Show at the Gilmore, which is located at Hickory Corners, sort of between Kalamazoo and Battle Creek in southwestern Michigan.

The museum staff had been talking about such a show for a while and learned that several local fire departments were eager to showcase their vintage fire trucks and equipment. So the museum and the firefighters got together and invited other emergency vehicle owners — from municipalities to private collectors — to bring their vehicles along as well.

Among the units on display was an 1898 American LaFrance pumper owned by the city of Kalamazoo; a 50/50 raffle was being staged to help raise funds to put toward the unit’s restoration. Oh, and there was talk that at some point in the future, the show might grow into a permanent fire-house-style museum of fire-fighting equipment on the Gilmore’s 90-acre campus.