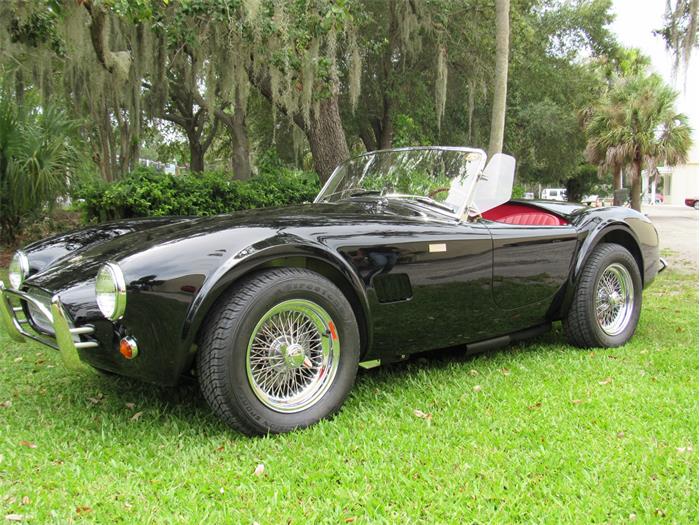 On January 22, 2011, Carroll Shelby announced the introduction of the Shelby Cobra CSX 8000, a continuation of the original Shelby Cobra. Only 50 were produced and all the cars were committed to and sold within 48 hours of the announcement. The CSX 8000 cars were produced by Shelby American to honor the 50th anniversary of the iconic CSX 2000, the first Shelby Cobra ever built.

According to the listing on ClassicCars.com, this 50th Anniversary Limited Edition CSX 8000-series Cobra has exclusive use of CSX serial numbers 8950-8999. Our Pick of the Day is the 47th car built out of the 50, with the number CSX 8996.

One of only four 50th Anniversary aluminum-bodied cars

It is stated in the listing that this particular Shelby is one of the two 50th Anniversary cars built that are “as close to an original 289 Cobra as one can get.”

The car is registered as a Shelby American Inc. Cobra, and it has been authenticated with the correct CSX numbers and a statement of manufacturer’s origin signed by Carroll Shelby, the seller says.  The car also features the framed Carroll Shelby signature with VIN CSX 8996 and plate 47 of 50 from Shelby American, Inc.

According to the listing, all 50 examples of the 8000 series are listed in the Shelby Registry and all 50 cars are featured in Black paint with Rosso Red leather-covered seats, dash and map pockets. The carpets are wool Mercedes Wine in material and color. The design is derived from the original 1962 styling with only a few factory options and improvements over and above the original product, the seller notes.

Among the improvements are a stronger steel tube frame, better alloys for the components, improved cooling, additional heatshield, superior brakes, plus rack-and-pinion steering, according to the listing.

This Shelby Cobra is being offered for $279,900 from a dealership in Sarasota, Florida.