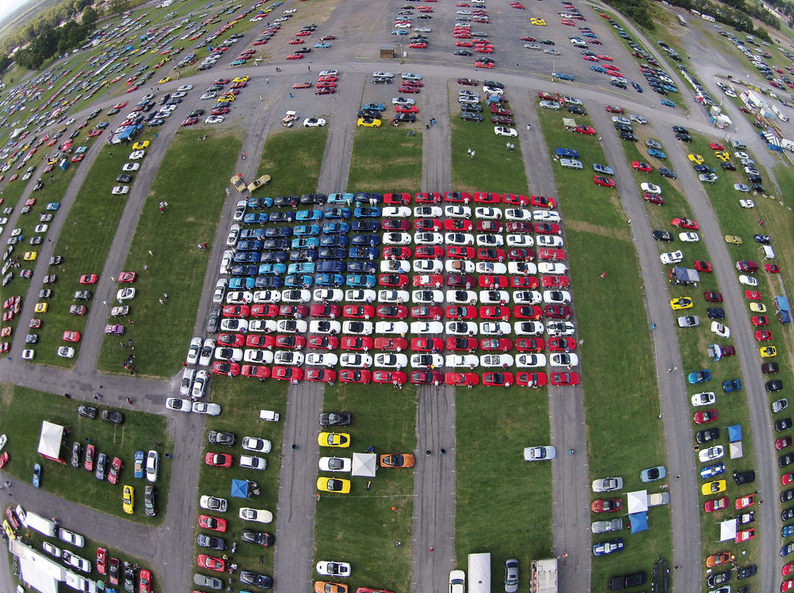 The 33rd annual Corvettes at Carlisle, presented by Corvette America, was the second biggest yet, boasting more than 50,000 in attendance and with a record 450 Corvettes participating in the downtown parade on Saturday night.

The show featured an American flag display made of more than 200 of the Chevrolet sports cars. The flag formation was done in conjunction with a swearing-in, oath reaffirmation and veteran’s tribute that included a moment to remember those who have fallen defending this nation.

A special display featured Corvettes owned by people who have served in the military or with police or fire departments. Other special displays included a 20-vehicle 1965 Corvette anniversary grouping and the NCRS gallery.

Question of the Day: What is your favorite Plymouth?