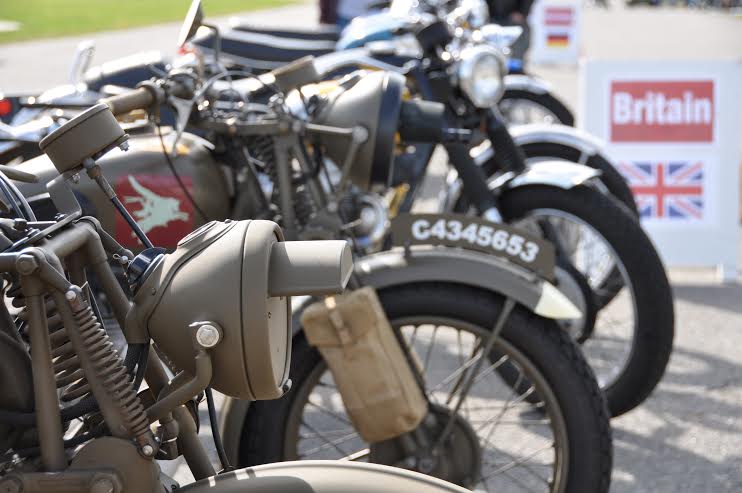 Saturday, August 29, the Kansas City Automotive Museum in Olathe, Kansan, hosts a Cars and Coffee from 8 a.m. to 10 a.m. Later in the day the museum stages a Cruiseum Poker Run, starting at 3:00 p.m. with stops at the Carriage Houses of Johnson County, Goodyear, and KC Auto Gifts Accessories. The after party begin at 5:00 p.m. at the museum.

Sunday, August 30, is Muscle Car City’s monthly auto flea market in Punta Gorda, Florida. The show takes place from 7:00 a.m. to 1:00 p.m. The monthly car and bike show at the museum is scheduled for September 19.

The AACA Museum, located in Hershey, Pennsylvania,hods its “Late Night First Thursday” program September 3. The program features Toni Rothman on the topic of “A Tour of Cuba: the People, the Culture, and the Cars.” She will share her own experiences from the spring Cuba trip and what to expect on the next trip in the fall.
September 12 at the museum is Corvair Day from 8:00 a.m. to 3:30 p.m.

September 20 is the PAWS Fast and Furriest Car Show at the museum. All proceeds will go to the Society for Preservation of Animal Welfare and Safety (PAWS). The show will have 35 classes for cars, trucks, and motorcycles.

Located in Danville, California, the Blackhawk Museum is beginning its fall speaker series September 12 with a presentation by Evan Ide on “Bugatti: Art and the Automobile.” Following on October 10 is Richard Burns Carlson on “The Olympian Cars,” October 17 is Steve Moal on “Designing and building a Street Rod for a client,” November 17 is Matt Stone on “Heroes, Legends, and Friends;” December 5 is Bill Warner on “The Cars of Cuba, a dream or a nightmare;” and lastly on December 12, Danny Sullivan on “‘Spin and win’ the 1985 Indy 500.”

September 19 at the museum is the All-British Car Meet hosted by the Mini Owners of America, followed by the Danville Concours d’Elegance on September 20.

October 10 the museum is holding a Pre-War Classics “Picnic on the Plaza.” The show is open to all pre-1941 cars and the museum is encouraging participants to dress in period attire.

The National Corvette Museum’s 21st anniversary is September 3-5, in Bowling Green, Kentucky. The anniversary celebration includes many NCM Motorsports Park activities, the Skydome’s grand re-opening and the reveal of the now-restored One-Milionth Corvette, as well as a Corvette racing display, seminars, road tours, a NASCAR exhibit and the Corvette Hall of Fame inductions.

The museum has also teamed with the Kentucky State Police for a scenic road tour around Kentucky with stops at Abraham Lincoln’s Birthplace, the Rosemary Clooney House, Newport Aquarium, Carter Caves, and more. Meals and accommodations are included in the registration fee, $950 for members, $990 for non-members. Tours will be October 12-17, 19-24, and 26-31.

October 24, from 8:00 a.m. to noon, will be the California Automobile Museum’s inaugural Tunner Car Show in Sacramento with help from 1992 Performance and local car clubs NorCalSTIclub and NorCal S2k.

The World of Speed Museum is working on a new exhibit and is looking for recorded stories and oral histories from racers, designers, builders, descendants, and great fan moments. If you are interested n recording your story for the archive to be possibly shared, contact the museum.

Starting in September the museum will be featuring movies on the big screen in the main indoor gallery. Movies start at 7:00 p.m. and prices are $2.50 for members and $8.00 for non-members. Movies are as follows: September 18, American Graffiti; October 16, Bullitt; October 30, Christine; November 20, cars; December 11, Talladega Nights.