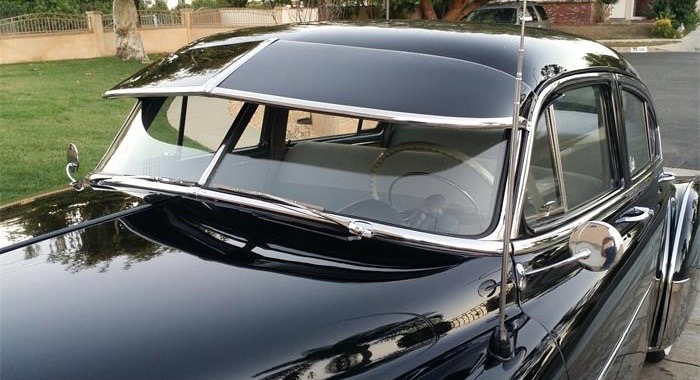 It took Chevrolet until the 1949 model year to introduce new post-war styling. According to the Standard Encyclopedia of American Cars, the new design integrated the front bumpers and lowered the fenders, hood and roof.

The roof itself presented the buyer with an option: the Styleline with a notch-back design or the Fleetline fastback. Opt for the DeLuxe version and you got your Fleetline with fender skirts that accentuated the car’s bustle-back tail treatment. 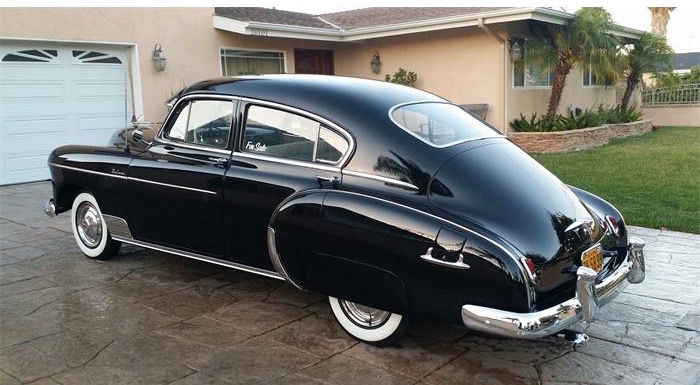 Which brings us to our Pick of the Day, a 1950 Chevrolet Fleetline DeLuxe four-door sedan that looks all hipster in its black paint and whitewall tires and which has plenty of room inside for your family or posse to look oh-so-cool as you cruise through town or down the highway.

The car is in Chatsworth, California, and its private seller promises it is “in excellent condition, restored down to the metal with Jet Black paint with clear coat, skirts and visor.”

Ah, and that exterior visor above the windshield only adds to the car’s coolness.

The advertisement in the ClassicCars.com marketplace notes that the restoration included new exterior chrome and that stainless steel trim was straightened and polished. Additionally, “mostly all new upholstery” was used in the interior, which is gray in color. 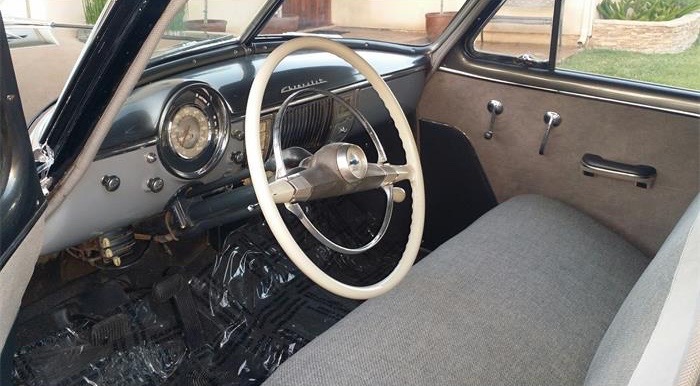 The seller thinks that gray interior and black exterior are the “perfect combination.”

The advertisement also notes that despite the car’s appearance, its stance has not been lowered, nor does it ride on air suspension. But it does ride on new whitewall tires and is equipped with “completely rebuilt” braking system, including a new master cylinder. The car also has been equipped with a 12-volt electrical system.

The ad also points out that the car is powered by a rebuilt 235-cid straight six which is linked to a three-speed manual transmission.