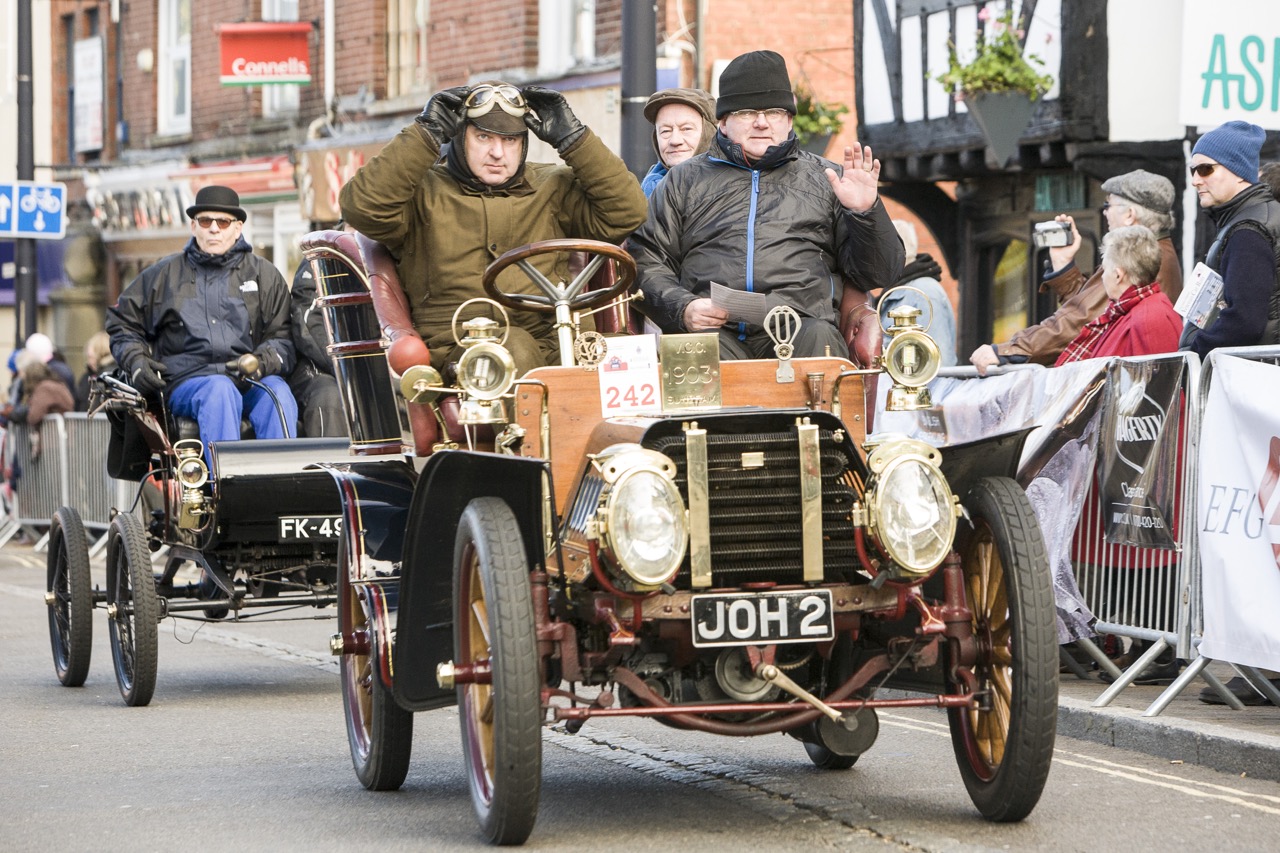 Last year, organizers of Bonhams London to Brighton Veteran Car Run altered the course a bit to include the Harrods Stop at Crawley, where the Honda Gatwick dealership cleared the new cars out of its garage area so those on the tour could enjoy some refreshments and perform any needed running repairs out of the wind, wet and cold.

“While the participants were happy with the warm and dry environment from which to enjoy their well-earned refreshments, the local community felt rather short-changed,” the organizers reported in a recent news release.

The route used to travel Crawley’s High Street, where local residents could get a good look at them as they make their way to the British coast.

This year, both the participants and the Crawley residents win. After stopping at Honda Gatwick, the route will follow Crawley High Street, where the mid-way check-point will take place.

“Every November these veterans are one year older and almost all need some sort of fettling between Hyde Park and Madeira Drive,” clerk of the course Neil Carr-Jones is quoted in a news release. “The ‘halfway halt’ at Honda Gatwick was warmly welcomed – literally – by the drivers and their passengers as it gave them a chance to make running repairs in the dry, while enjoying a hot drink and pastries courtesy of Harrods.

“Last year they then continued straight to Brighton, missing out the traditional trip down Crawley High Street, which disappointed a number of hardy spectators.

“This year we are addressing that by re-routing the Run through the High Street and installing a time control check point. This means every car will stop for a few moments giving spectators the perfect opportunity to marvel at these incredible machines, take photos and converse with the veteran car drivers and their passengers, many in period costume.”

The Bonhams Veteran Car Run from London to Brighton is staged annually to commemorate the Emancipation Run of November 14, 1896. That event celebrated the Locomotives on the Highway Act that raised the speed limit for “light locomotives” (which is what the British government called the early motorcars) from 4 mph to 14 mph and abolished the need for these vehicles to be preceded by a man on foot waving a red flag.

The Emancipation Run was first held in 1897 with a re-enactment following the same route in 1927 and has taken place every November since, with the exception of the war years and 1947 when “petrol” was rationed. The Royal Automobile Club has managed the Run with the support of the Veteran Car Club of Great Britain since 1930.

Around the run, a London Motor Week has emerged and in 2015 will include a car-design event at the Royal College of Art, a literary festival and automotive book awards, an RAC “motoring forum,” a Bonhams classic car auction, the Regent Street Motor Show and, on November 1, the London to Brighton rally.