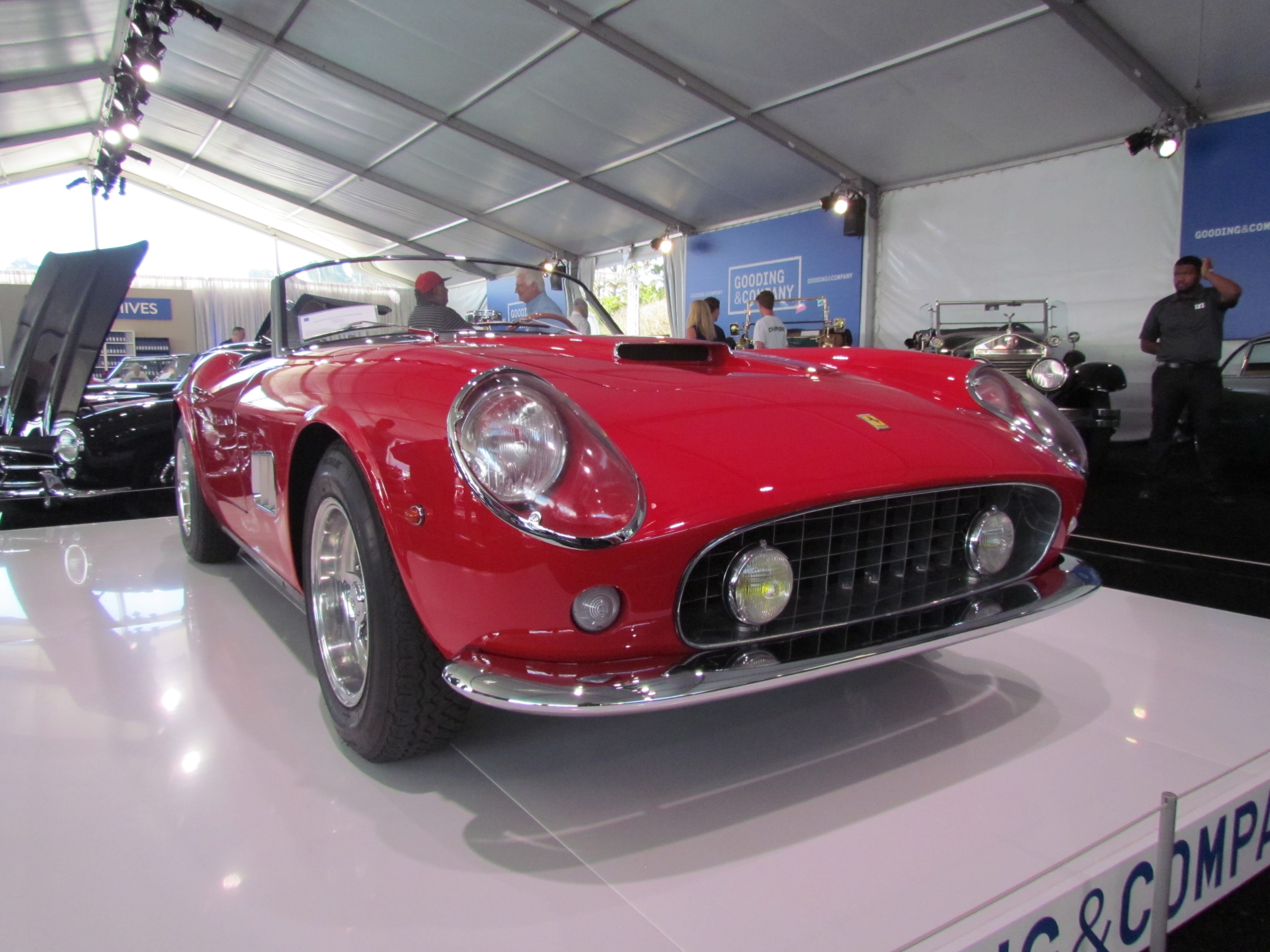 There are no “affordable” cars at this sale, but of high-end cars, there are plenty.

Here are my picks of the cars at Gooding & Company that I would most want to take home.

The 500 Superfast is one of the last truly special-build Ferraris, effectively a car created for serious VIPs. Often these were more a grant from Enzo himself than a car you could order from a dealer. This car has striking Pininfarina bodywork, and the power and speed to back up both its looks and name with 400 horsepower on tap. The value estimate is from $3,000,000-$3,400,000 and sounds like the money would be well spent at that price.

I had never seen this car before admiring it at Gooding and immediately fell in love. With unique styling by Giugiaro, it has to be the most stunning 250 SWB in existence. A true one of, this car has tremendous appeal to me, the exclusivity factor alone having tremendous appeal. The fact that it was Nuccio Bertone’s personal car just puts the cap on it. The estimate of $14,000,000-$16,000,000 may sound high, but exclusivity has a price.

The RS60 is the final iteration of the Porsche four-cam racing program, and this car in particular is a star among Porsche road cars. It raced in period at Le Mans and Sebring, among others, and was driven by Moss, Hill, Barth, Herrmann, Gurney and Holbert. A true touchstone of Porsche racing history, this is a car I would buy and keep until my estate was settled. With all that history, the $5,500,000-$7,000,000 estimate seems more than reasonable for a car this important and storied.

This is easily the most amazing Rolls-Royce motorcar I have seen. I know there are cars from Rolls-Royce that are more flashy, but this is a Rolls that looks absolutely fun to drive. The car has one-of-a-kind coachwork and was even owned by Hollywood legend Tyrone Power. The drivability and elegance of this car along with its history makes for a car I would definitely make room for at home. and the $1,500,000-$2,000,000 estimate looks like the bargain of this list.

Call me a geek but I really love these cars. I know that part is from when I saw Ferris Bueller’s Day Off in my formative years, but these cars have a sense of elegance, style and power rarely matched by any other. With that said, I truly feel that they are a bit overpriced with the estimate of $16,000,000-$18,000,000, but if I had Bill Gates money. I would buy one anyway just so I could drive it around Monterey next year.