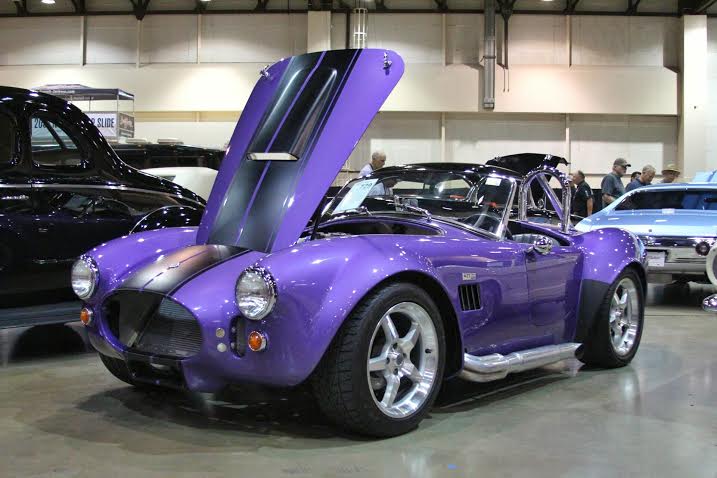 What I love about Barrett-Jackson is the variety of cars at each event. You can see everything from the stock and original to the high-horsepower and highly modified muscle cars, and more. While I’ve gone to the Barrett-Jackson Scottsdale Auction dozens of times, this was my first time experiencing Reno and I have to say, it’s amazing.

It’s amazing because instead of looking over thousands of vehicles, like you would in Scottsdale, you have a few hundred here at Reno. I was able to look at each vehicle and get lost in the details that made each of them unique, ultimately causing me to fall in love with things about each vehicle.

With so many cars at the Scottsdale auction, you aren’t able to take the time to get to know each car, or see what makes it special. I feel like I tend to skim over some and miss the hidden gems.

However at Reno, it’s quality over the quantity. It’s as if each car is a hidden gem.

I figured window shopping would be easier, but once I got into it, I quickly discovered that was not the case and my list of cars I’d love to take home with me became massive in a matter of minutes.

Here are the six cars I would love to take home with me after my day of window shopping at Barrett-Jackson’s 2015 Reno Auction: 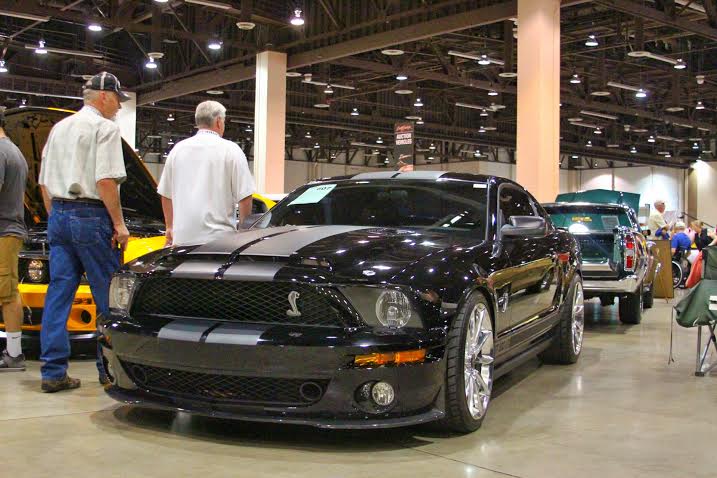 Ford partnered with NBC to create this new KITT supercar for the remake of the movie, Knight Rider. This vehicle began its life as a stock Mustang GT, but got a Ford Racing Whipple Supercharger that boosts the 4.6-liter engine to 400 horsepower. It also has Brembo brakes, Ford Racing handling package, high-flow Ford Racing X-pipe, and Ford Racing mufflers. Plus a GT500KR fiberglass hood with red lights, GT500KR rear spoiler, and 20-inch forged aluminum wheels. One of the things that really drew me to this car is that is plays the soundtrack from the Knight Rider movie when activated. 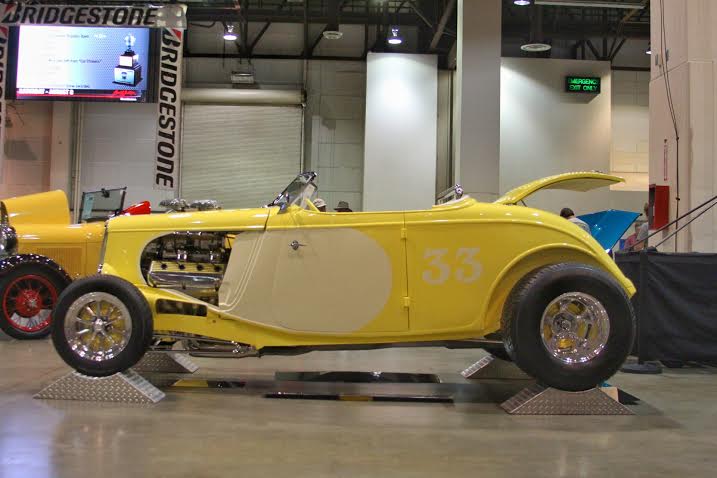 This roadster is known as “Mellow Yellow,” like Donovan’s hit song from the 1960s. While the car may be called “mellow,” it is anything but, boasting approximately 600 horsepower from a 6-71 blown Chrysler Hemi engine with features a hydraulic roller cam and lifters, adjustable roller rocker arms, dual Holley carburetors, ceramic-coated headers, custom aluminum radiator and duel electric fans. The roadster features 760 miles since its completion. 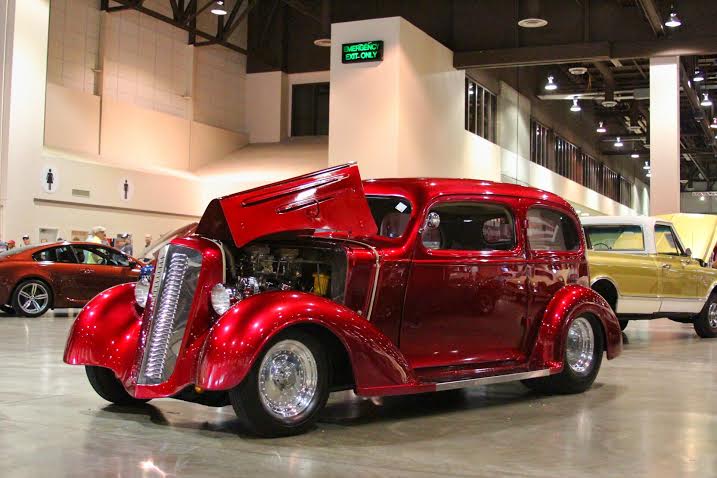 This absolutely eye-catching Chevy features a chopped top and suicide doors. As if that doesn’t get you blood pumping, a look under the hood at the 454 cubic inch Big Block mated to a GM four-speed automatic transmission will. Supporting the massive motor is a Ford 9-inch rear and Ford Mustang II front suspension with disk brakes and power rack and pinion steering. The car features custom leather and tweed interior, and Center Line polished wheels complete with Mickey Thompson Sportsman tires. 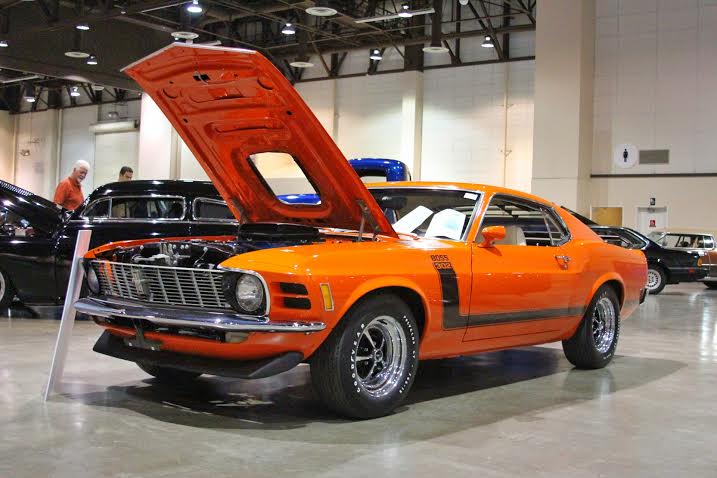 According to a Marti Report, this car is one of 33 made with its combination of colors and options. What makes it so rare? The car comes with a Shaker hood scoop, power brakes, rear-deck spoiler, sport slats, console with four-speed transmission, AM radio and F60 Goodyear Polyglas GT tires. Other options include a Décor package that came with high-back bucket seats and features Calypso Coral and White interior colors. All the options on this Boss can be verified on the original dealer invoice. 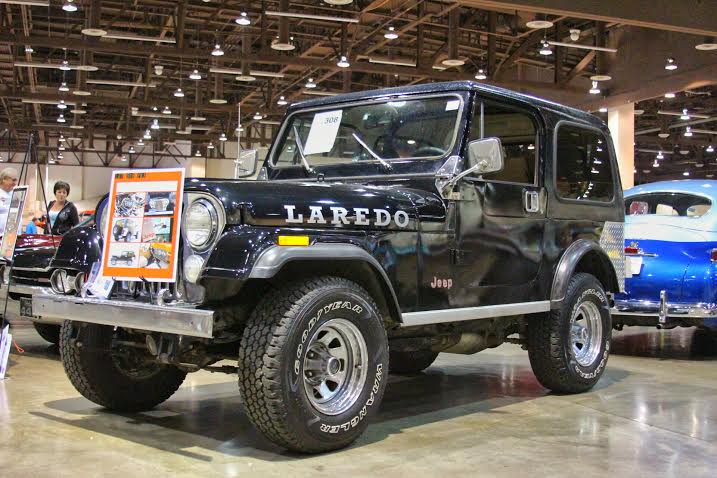 Lately I have been getting into taking the road less traveled, and what could be better than a Jeep to hit the trails? This Jeep has a 258 cubic inch engine, four-speed transmission and four-wheel drive. The body is the original molded hardtop with steel doors and original chrome wheels. The Jeep also comes has a chrome package that includes the bumperlettes, front grille and side mirrors.

This seductive Cobra has been painted purple, which makes it absolutely intoxicating. This is by far my favorite car at Barrett-Jackson Reno. This Factory Five Cobra re-creation has a 302 cubic inch electronic fuel-injected engine with Powerdyne supercharger. Sitting on four-wheel adjustable coilovers, the car has power disk brakes, power rack and pinion steering, custom stereo and amp. This car is titles as a 1965 Shelby replica.