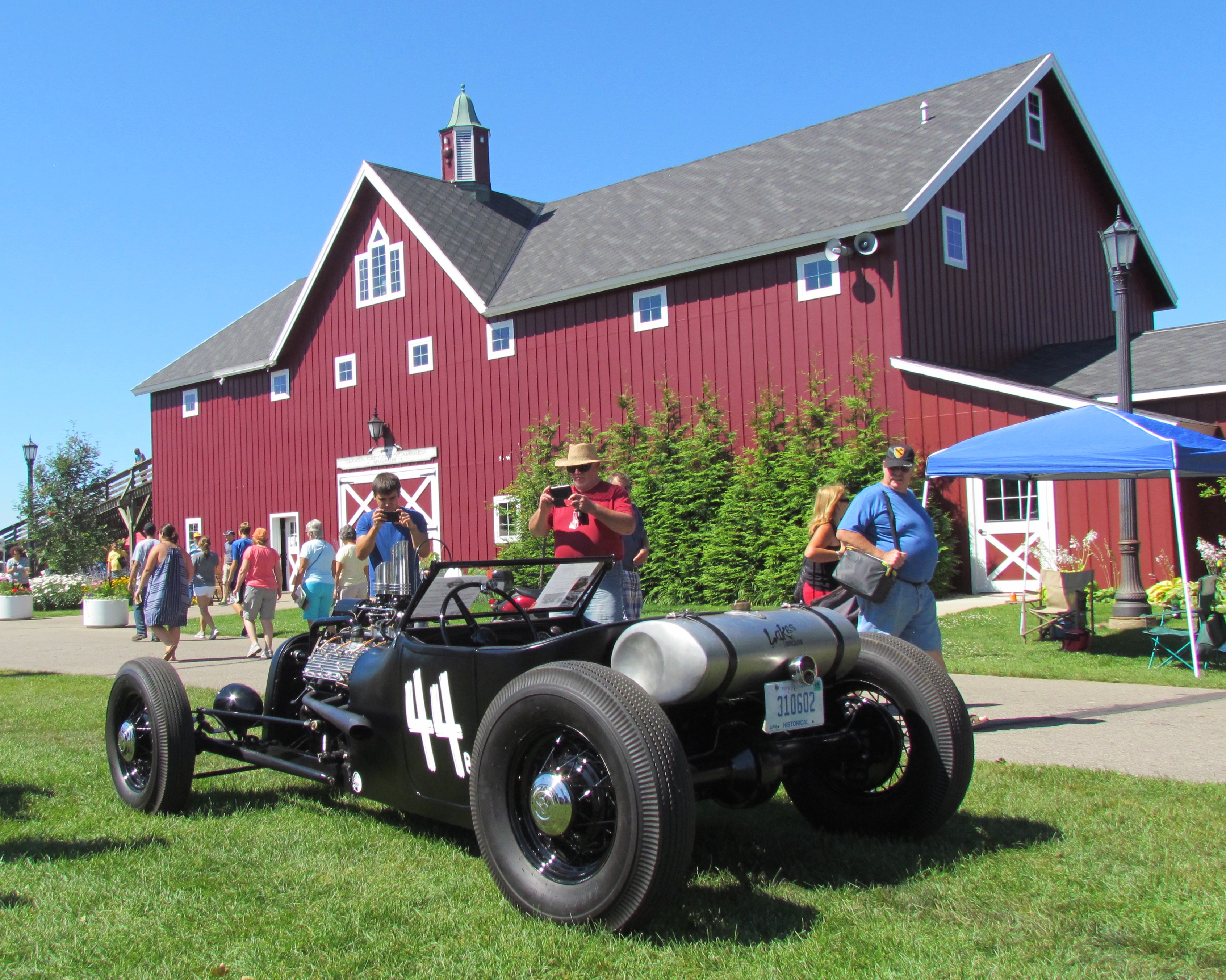 This Salt Flats racer is one of the 1,200 vehicles shown at the 34th Red Barns Spectacular show at the Gilmore Car Museum | Larry Edsall photo

The annual Red Barns Spectacular is sensory overload when it comes to classic, custom and collector cars. Staged the first Saturday of August and presented by the Kalamazoo Antique Auto Restorers Club, the event features some 1,200 vehicles and special displays spread across the extensive grounds of the Gilmore Car Museum in Hickory Corners, Michigan.

Special displays in this, the event’s 35th year, included a group of DeLoreans, a “living history display of “Tin Can Tourists” and their vintage camping trailers, and “the very last Tucker Sedan built;” cowl number 52 was the original factory test chassis and has recently been completed with leftover factory components and body parts.

The event takes its name from the big red barns that house much of the Gilmore’s own collection. The spectacular is open to vehicles at least 25 years old, although we did see at least one later-model vehicle, a 2006 Ford GT that was parked alongside a few Ferraris.

But such exotics aren’t the norm at an event that is open to everything from antiques to pre-war beauties to post-war sports cars, hot rods and American muscle, and those big, aircraft-carrier-sized convertibles Detroit used to produce.

Some clubs park together, but you’re as likely to see a hot rod next to a classic as you are to see two cars of similar manufacture next to each other.