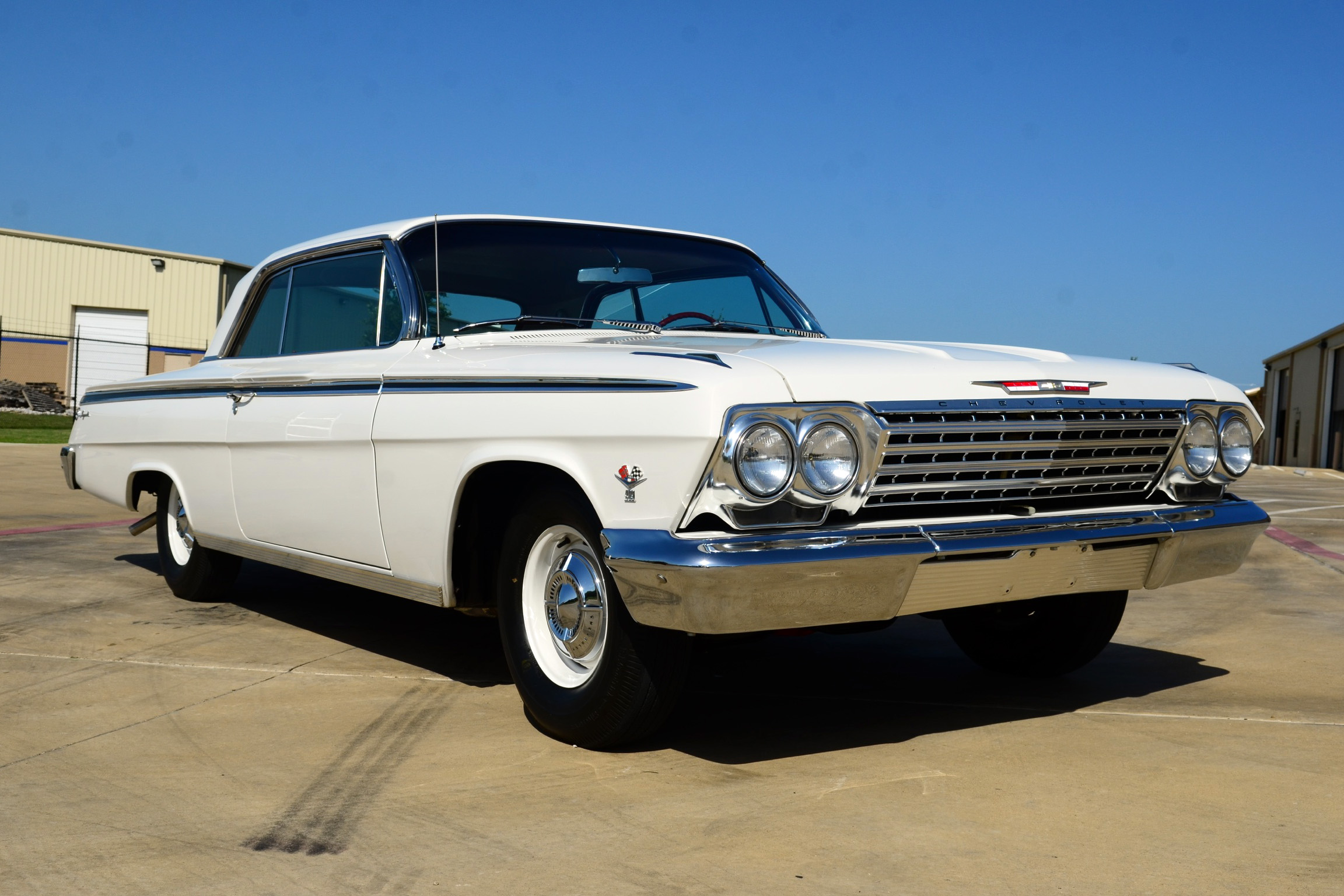 Editor’s note: This is the last in a 10-day series featuring cars to be sold August 6-8 at Barrett-Jackson’s Reno auction.

When Chevrolet introduced the Super Sport package for the 1961 Impala, it ignited a battle between automakers to see who could bring people the most power. The SS’s 409-cid V8 was built to compete with Ford’s new 390 powerplant.

In 1962, the SS option was back for a second year and could be applied to any Impala, including those with six-cylinder engines. Buyers had the choice of either a two-door coupe, four-door hard top or a four-door wagon.

Lot No. 704 from the Robertson Collection is a 1962 Chevrolet Impala recreation. An upgraded 409 produces 409 horsepower and 425 foot pounds of torque. The engine features duel 4-barrel carbonators and has been mated to a 4-speed manual transmission.