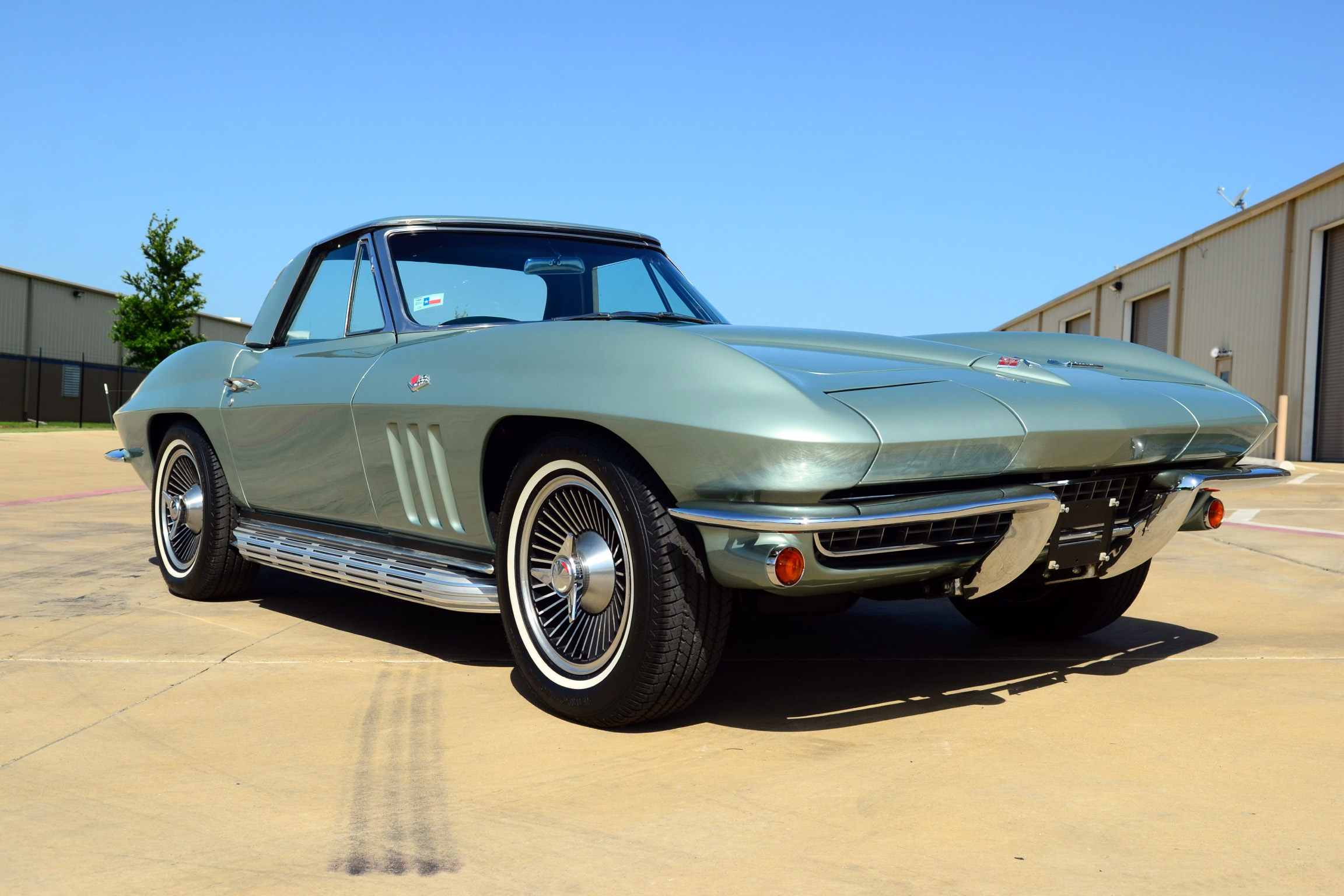 Editor’s note: This is the ninth in a 10-day series featuring cars to be sold August 6-8 at Barrett-Jackson’s Reno auction.

In 1966, Chevrolet’s big-block V8 came with either 390 horsepower or 425, depending on the compression, and came with larger intake valves and a bigger Holley four-barrel carburetor on an aluminum manifold. When the 1966 Corvette came out the demand for the big-block V8 was so high, that the small bock options were cut from five to two.

Styling on the 1966 Corvette was mildly altered from previous models with an egg crate grille insert to replace the previous horizontal bars. Corvettes also received an emblem in the corner of the hood as well as optional headrests. Just under 30,000 Corvettes were sold in 1966, which was approximately 5,000 more than the previous year.

Lot No. 702 from the Robertson Collection is a 1966 Chevrolet Corvette Convertible with a 327-cid V8 engine. The car is estimated to produce 350 horsepower and features a modified intake, carburetors, heads, and a four-speed manual transmission.

The car was restored in 2002 and has just over 6,200 miles since the restoration. Built in Mosport Green with Mosport Green auxiliary hardtop, this car is one of 2,111 with that color combination.

Question of the Day: What is your favorite Chevrolet from the 1970s?