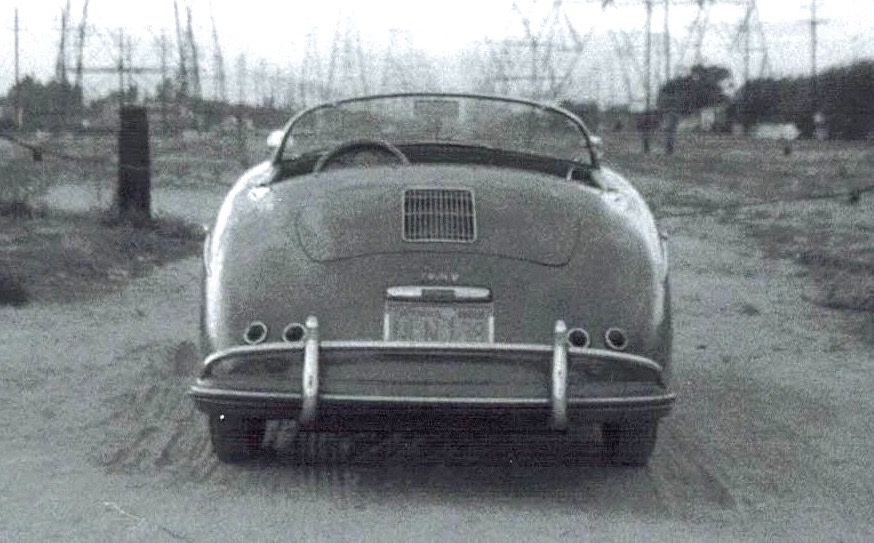 (Editor’s note: This is the final of three stories in which Mike Dyott, owner of the ‘barn-found’ Porsche Speedster for sale on ClassicCars.com, shares his story in his own words.)

With a broken rod, I had to come clean about my evil past, my racing in secret. I survived without physical abuse but was ostracized for weeks. Part of what saved me was that I’d bought her a VW “bug” for Christmas so she had her own car to drive.

Now that the truth was out and I’d gotten a decent bank account, her’s was separate, I was in a way able to add a little racing upgrade here and there and that’s how I’d end up rebuilding the engine so many times. First came an Isky cam, then Zenith carbs, then a C case and on until it got to its present configuration.

The suspension also got attention with Koni shocks, disc brakes up front and a wonderful find; factory magnesium rimmed wheels from the Porsche dealership in Woodland Hills. I’ve never heard of anyone who even knew that Porsche made mag wheels for a 356. They look exactly like stock. The long list of what’s in and on the car at present is attached.

A huge asset to my racing, as frugal as I felt I still had to be, were 3 resources:

These resources helped me get together a car that optimized what I got out of what little I was spending for the car. I still felt that I couldn’t spend “family money” to have the car prepared by a racing shop. I also knew Roger Bursch, a Speedster racer with a dyno shop in Pasadena. Roger was not a resource but he designed and built the Bursch exhaust systems for 356s and was informative to talk to. Back when mine was the family car, I could use his exhaust on the street and then trade out the muffler for the stinger at the track. On his dyno in 1965, I produced 90 horsepower, which is about what it probably still is.   That reminds me of my own mechanics in preparing the car. I went to  the races at Santa Barbara. The car was running poorly but it was the best I could do at that point with my limited experience. There were 27 cars in my E Production race. My car was so slow on the straights that I was brushing hay bails on dog legs trying to straighten out the course and not lose speed. I ran seventh. While driving the car home on the freeway, I decided that I had to get a dyno tune up. I took it in the next day. It went on the dyno. At the rear wheels it was putting out 44 horsepower. A Volkswagen bug does that! Dang!

Another story about my do-it-yourself mechanics was when I rebuilt the engine, which I had to do at night after my wife went to bed. When I got through and got the engine back in the car it was 3 a.m. and that next day I had to leave for the race. This was after I had to go public about my racing so I’d bought a 1954 Chevy wagon and would rent a trailer and tow to races.

I didn’t have time to start the car and tune it. I just loaded it and drove it to Tucson the next day. But when it was tech inspection time and I started it, the pistons were hitting the heads. I passed tech inspection, pushed the car back to my pit and proceeded to take the engine out, put it on the Chevy’s rear tailgate, pull the carbs, heads and barrels, put an extra copper shim on the barrels and then reassembled the whole thing. I made my race and ran about fourth or fifth. I remember that race because my buddy, Dale Hersh, passed me in a turn and I’d never been passed in a turn before.

My SCCA racing came to an end at Willow Springs in, I think, 1965, maybe, 1966. I mentioned that I’d roomed with three other Porsche speedster racers in LA and that one was Denny Harrison. Denny was on the Cal Club board. I had shared a story with him about being at a race and that on the Saturday night between race days that dew had formed on my helmet in the car and the Snell sticker had come off. It was irritating that the sticker could come off just from dew.  But my helmet was listed as Snell approved in the SCCA national magazine.

At this Willow Springs race, I ran second and was beaten by an Alfa. After the race, Denny appears in the pits and asks, “Hey Mike, is it OK if I borrow your helmet?  ” Sure” I replied. I didn’t care.

Then 15 minutes later he comes down and says, “Cal Club is fining you $50 and suspending you for 6 months”. Both the fine and the suspension were the maximum allowed by Cal Club policy. How could I get the maximum fine and suspension when the helmet was listed in SCCA’s own magazine as being approved? When I argued that, Denny said, “The rule states that the sticker has to be attached to the helmet.”

To add to the irony, the Alfa that won had illegal carburetors and they only fined his sponsor $25 and he, a name racer who they wanted to keep out there, kept on racing. Cal Club’s board is a rotten clique that plays favorites for the big buck racers. Mine wasn’t the only case of this. And my tralom racing came to an end for the same reason.

After that, I took the car home and put it in garage “hibernation.” Every nine months to a year, I’d charge the battery up and go for a neighborhood drive to circulate the fluids. When the battery would no longer take a charge, the car went up on blocks where it sat for close to 50 years minus two moves.

The first time I moved I rented a storage garage and the second time I had no garage but got the city to approve me building one. I poured the slab, rolled the Porsche onto it over the sill and then built the garage around it in a way that the car was buried and couldn’t be stolen if someone broke in. As it was, friends would sometimes come into the garage and never even know that the car was there.

After I hung it up, I could say that I’d raced at Riverside, which no longer exists, Pomona, San Luis Obispo, Santa Barbara, Tucson, Phoenix, Dodger Stadium, Del Mar, Willow Springs and I might have forgotten one or two.

The car as it now sits is just the way I last raced it on that final Willow Springs day.

In 1982 my wife was washing dishes and I was drying. She said matter of factly, “By the way, I filed for divorce today.”

I was allowed to come home on weekends and load what I could in my van from the garage. I got the 356, the tools and loads of what I could haul. But my welcome wore out. I thought I’d gotten everything but, in time, I would find that I had left behind extremely important stuff.

For one, she threw out my filing draw of race results and all the records on the car. I wasn’t able to go through the garage and get some other  things like a spare Hirth roller-bearing crank still in the Hirth factory hand-crafted wooden case and, worst of all, the original case. I also left another 356 case. The reason I got all the spares and piece parts were because they were neatly packed away in boxes whereas, the cases were lose in the back of the garage and the roller bearing crank was packed in a different area because it was more of a neat keepsake and nothing I intended to use.

And now that I think of it, I threw another rod in my last year of racing and it knocked a hole in the top of the C case. I used a mini grinder to fashion the hole free of stress rises and cracks and epoxied an aluminum square in the resulting hole. I had no problem with the repair thereafter. The repair is just visible under the cowling to the right of the generator stand. That makes me wonder if after that I put a plain bearing crank in it?

Regardless, at 80, I look back on my days with the 356 as the good ole days. They were the best.  And maybe, hopefully, the Speedster hasn’t quit spreading it’s magic quiet yet.

Click here to watch a short film of Mike Dyott sharing the story of his Porsche Speedster.