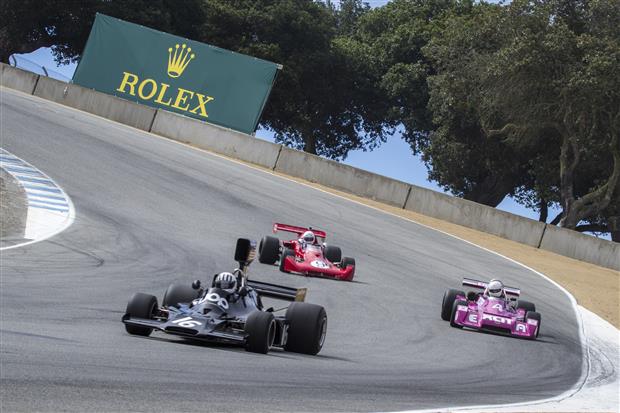 Nearly 40 Formula One racing cars that were in competition from 1967 to 1984 are scheduled to participate in the Rolex Monterey Motorsports Reunion which takes place August 13-16 at Mazda Raceway Laguna Seca.

The appearance of more than three dozen F1 racers is organized by the FIA Masters Formula One Championship, a series that visits eight countries across Europe and the United States.

“Of the 37 Formula One cars entered in the Rolex Monterey Motorsports Reunion there will be eight or nine of our cars coming from Europe, and at least five of them have not raced in America since their last active year,” said Ron Maydon, who founded the Masters Historic Formula One Championship in 2004.

The F1 cars are among 15 racing classes taking part in the vintage races that are part of Monterey Car Week. Some 550 racing cars are entered in the various categories.