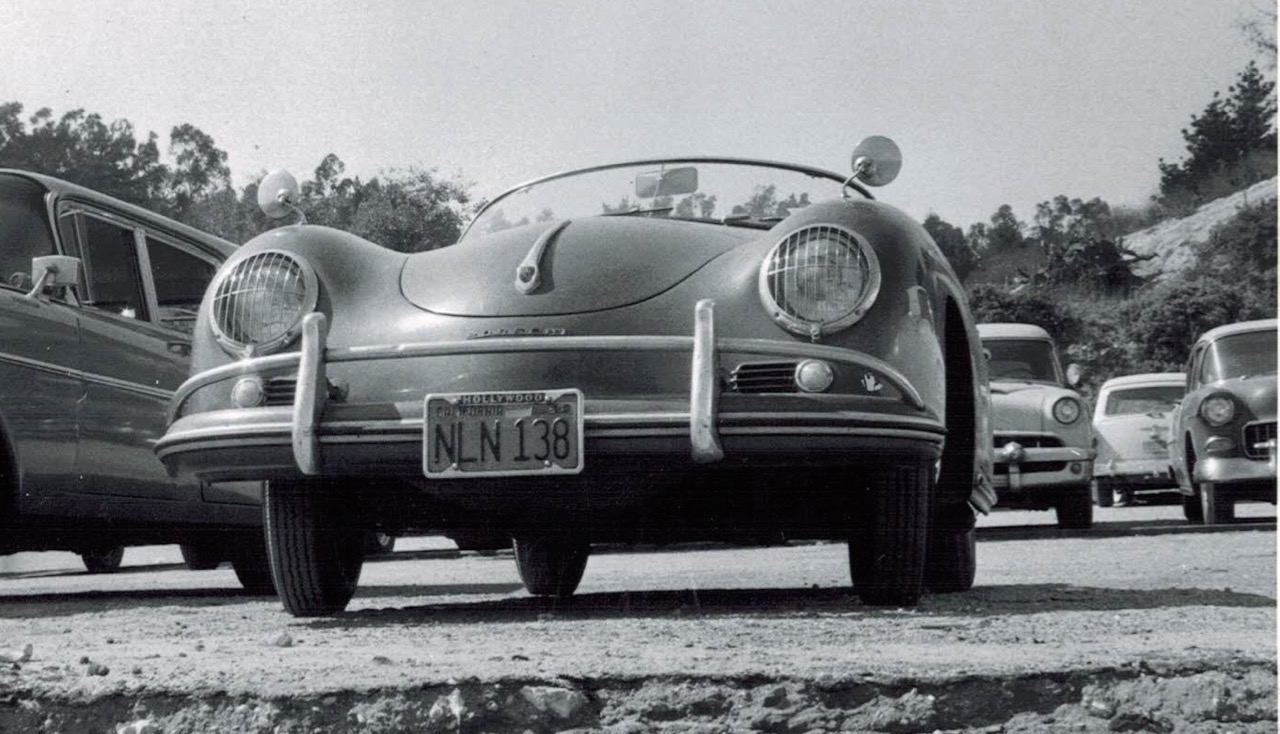 (Editor’s note: This is the first of three stories in which Mike Dyott, owner of the ‘barn-found’ Porsche Speedster for sale on ClassicCars.com, shares his story in his own words.)

I was born with competitiveness in my blood. It wasn’t a competitiveness to beat someone else nor to try to say that I was better than anyone else. It was to challenge myself to do my best.

Some of my best and most memorable competitions have been with myself; a challenge to accomplish a fete or to establish a personal best in some endeavor. I still do it In competition, the opposing person or team/group was not “the enemy,” they were my friends because we had a passion for the sport in common. (Editor’s note: At age 80, Mike Dyott still plays competitive softball on a traveling team.)

Driving a vehicle also seemed to be in my blood. On our 4-acre property on Long Island, our driveway was circular and long enough so as to allow us kids to hold bike races on it on weekends.

Then, one summer afternoon after a rain, I saw that my brother had left the keys in his Jeep. I started it and drove out in our huge grass back lawn. Within 10 minutes I was broadsliding the Jeep around the trees on the wet grass as I developed a race course. That was my introduction to driving and to my brother’s wrath. I was 12 years old.

Then my mother and I drove her 1939 Mercury up to another brother’s prep school in Wallingford, Connecticut. On the way home, my mother got a headache. It must have been a migraine because she asked me if I would drive. I drove until we got to the toll booths at the Whitestone Bridge. That was my second driving “lesson.” I was 14.

Back then, a New Yorker could get a learner’s permit at 15. I started driving my mom’s ’49 Ford. That would become my car and I would put 100,000 miles on it driving all around the country with another friend on our summer breaks from school. My dad was a well-known British South American explorer and author. He was always away on an expedition so I was essentially on my own.

My interest with competitive driving, i.e., racing, came by way of a quarter-mile paved track a mile from my house. They held midget races there on Wednesday and Saturday nights.  I went one night and from then went for two years without ever missing a race. I must have been determined because I wasn’t 16 yet and wasn’t old enough to buy a ticket. I had to jump a fence at a dark, remote end of the facility. That fueled my love of auto racing.

With the friend with whom I’d driven around the country, I started going out to the SCCA races at Bridgehampton. We were 17. Those were the days when sports cars on the street on Long Island were few and far between. As one sporty car driver would see another approaching from the other way, they’d wave at each other. It mattered not whether their car was a Singer or an Allard. That camaraderie  really appealed to me. I wanted to be part of it.

Right from Bridgehampton, and later Watkins Glen, I couldn’t help but be impressed with the Porsches. They seemed to get so much out of so little considering their engine size. My brother’s friend, Emil Pupiliti, raced a 356 so that attracted me to Porsche also.

It is in my nature to appreciate efficiency, good design and good engineering. I always wanted to do things right, to have the right tool and, sometimes, will buy something, take it home, modify it and make it better than in it’s off-the-self design. Also, if something breaks, there’s not much that I can’t fix if I want to. Of course, being an old timer, I’m lost on modern electronics.

Porsche seemed to match my personality and represent all that I was in a small package on four wheels.

Once through pre-med in college, I went to California to go to medical school. To get the tuition that I could afford, I had to live in California for one year to qualify for the Pacific Coast Med School Conference tuitions of $475 per semester. I got a job, sent for my wife and 1-year-old daughter in New York and bought a house. That was, in part, my downfall with med school. I took the MedCATS at UCLA, went home and in elation said, “I’m going to med school!”

“No, you’re not,” said the spouse. What? She wouldn’t let me go to med school because it’d mean that we’d have to sell the house and she wouldn’t allow that. I had a Jaguar XK120 as a family car. With that, a baby daughter and a son on the way a year later, a bigger car was necessary. But I couldn’t help looking in the Sunday Los Angeles Times car ads under Porsche. In that regard, I wasn’t a practical person.

Read ‘Part Two’, the next installment.