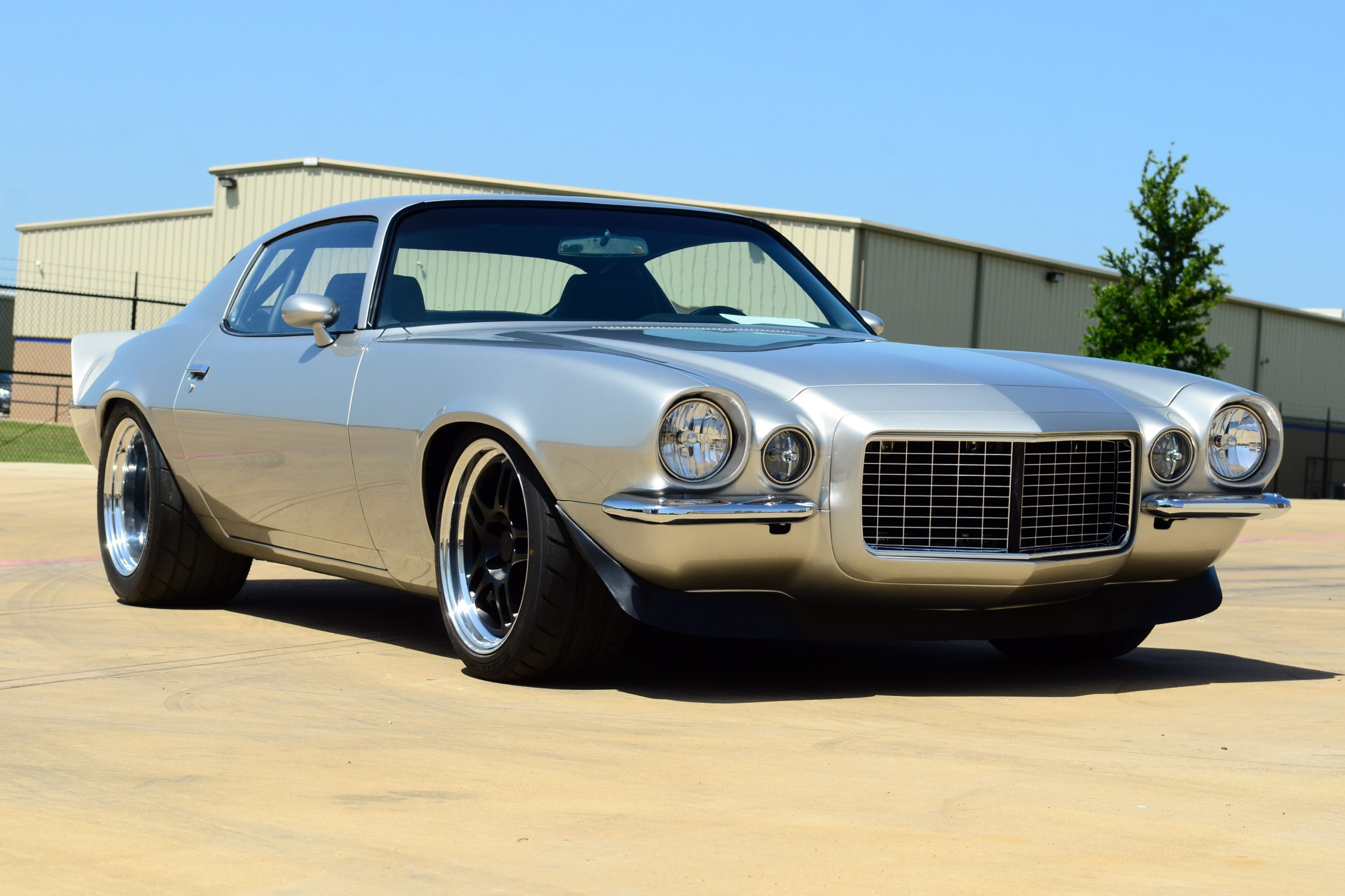 Editor’s note: This is the third in a 10-day series featuring cars to be sold August 6-8 at Barrett-Jackson’s Reno auction.

The 1971 Camaro only received minor changes from the 1970 model year. Among those changes were new high-back Strato bucket seats with built-in headrests. The 250-cubic-inch 6-cylinder, 307-cid V8 and two barrel 350 V8 went unchanged while the LT-1 350 V8 used the Z/28 lost 30 horsepower due to a GM-corporate mandate that all engines be designed to run on a lower-octane fuel. The 402-cid V8 in the SS model was limited to 260 horsepower.

In addition to new regulations, production and sales dropped during 1971 due to a 67-day corporate-wide strike combining with declining interest in the pony car market due to astronomical insurance rates for high-performance cars.

This particular 1971 Chevrolet Camaro, Lot No. 640, is from the Robertson collection and is fit for a speed hunter with just 100 miles put on the car since the completion of the build. The car puts down 710 rear-wheel horsepower from a 418-cid LS3 engine featuring a Magnuson TVS 2300 supercharger. Other high-performance upgrades include custom supercharger coolant/oil catch tank, AFCO heat exchanger with dual SPAL fans, Detroit Speed headers, custom stainless exhaust, Billet front drive accessories, Tremec T56 Magnum 6-speed transmission.