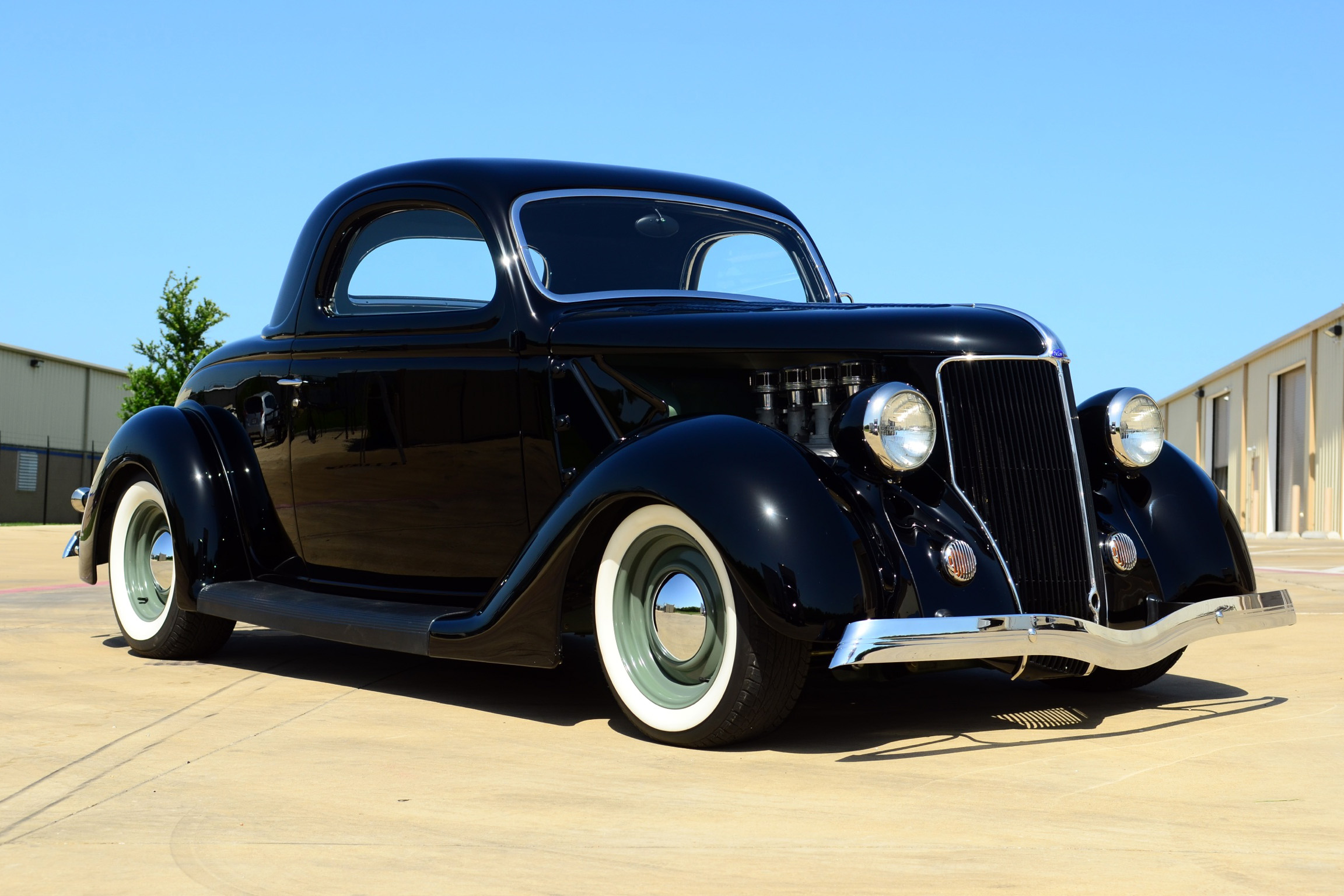 Editor’s note: This is the secound in a 10-day series featuring cars to be sold August 6-8 at Barrett-Jackson’s Reno auction.

In 1936 the Ford Model 48 was being produced. It was an update on Ford’s popular V8-equipped Model 40A which was the company’s main product at the time. The Model 48 was introduced in 1935 and sustained a cosmetic refresh every year until being completely redesigned in 1941.

Fords sold exceptionally well in 1936 despite Chevrolet regaining the sales lead at the end of the model year. In 1936 a new Club cabriolet model was introduced and featured a fully framed windshield and weatherproof top, while the convertible sedan version gained an integrated trunk back design. All cars for this year featured vertical grille bars, and three horizontal chrome side stripes on deluxe models, while new trucks for this year continued with the old grille style. A concealed horn was added to all vehicles as well as the use of pressed steel wheels instead of the wire wheels.

This particular 1936 Ford Custom, lot No. 639, is from the Robertson collection, features an all-steel body with a 350-cubic-inch Chevy small-block mated to a 4L60E four-speed automatic transmission. Other odifications include TWM fuel-injection stacks, FAST EFI system, and a TCI transmission controller.

Featuring a custom-painted frame and chassis, this 1936 Ford Custom also has smooth steel wheels painted to match frame and firewall, smooth center cap and wide white tires. Only 2,510 miles have been put on the car since the build was completed.