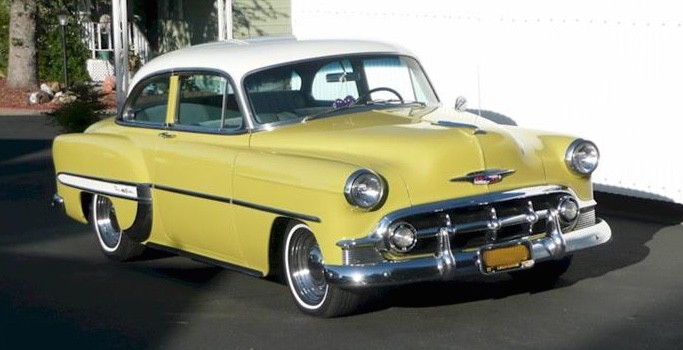 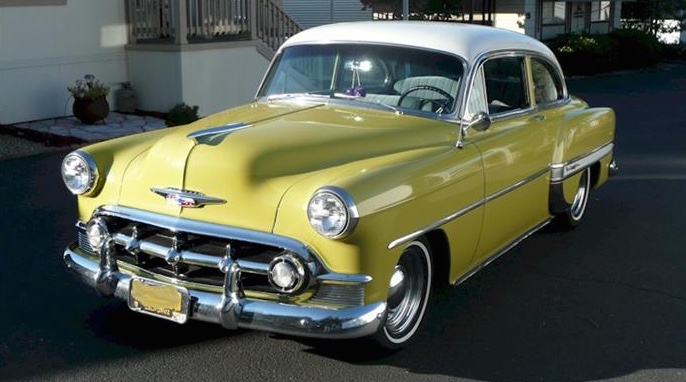 The person selling this 1953 Chevrolet Bel Air notes that, “It’s like riding in a time machine,” albeit a time machine that “cruises at 70 without a problem.”

But while this beauty appears to have emerged directly from the post-war era of big, bulging Detroit iron, beneath its sheet metal are electronic ignition, a dual-carb Offenhauser intake manifold, Fenton split header, dual exhaust, and the car rides two inches lower than it did when it rolled out of a General Motors factory.

A factory appearance, lowered center of gravity and some aftermarket powertrain enhancements make this 1953 Chevrolet Bel Air our Pick of the Day.

In the advertisement on ClassicCars.com, the seller notes that the car was purchased a dozen years ago and since then has been restored mechanically. The rebuilt 235-cid inline six-cylinder engine and manual transmission have traveled only 15,000 miles since being rebuilt, and the engine received a valve job just a year ago and the radiator is even newer.

“The paint (in the car’s original hue) and interior were done when I bought the car,” the seller reports. “The condition was so good that there was no need to redo it.”

However, the seller, who hails from San Andreas, California (between Stockton and Yosemite National Park), adds that to help preserve the exterior surface, “The car has been stored under a carport and it’s covered in the winter,” thus, “The paint and interior is still immaculate.”

“There are obvious signs of age but nothing more major that parking lot dings,” the classified advertisement says.

Included in the sale are the car’s original rear wheel skirts and, the seller notes, “The paint is just as good on the skirts as it is on the car.”

The seller adds, “The interior is very clean. Absolutely no rips or wear in the interior. It looks like it was done yesterday.”

“I am reluctantly selling it because it doesn’t get driven as often as I would like. I am turning 76 soon and I would like this car to go to someone who will enjoy it as much as I have. It wants to drive and it deserves to drive.”