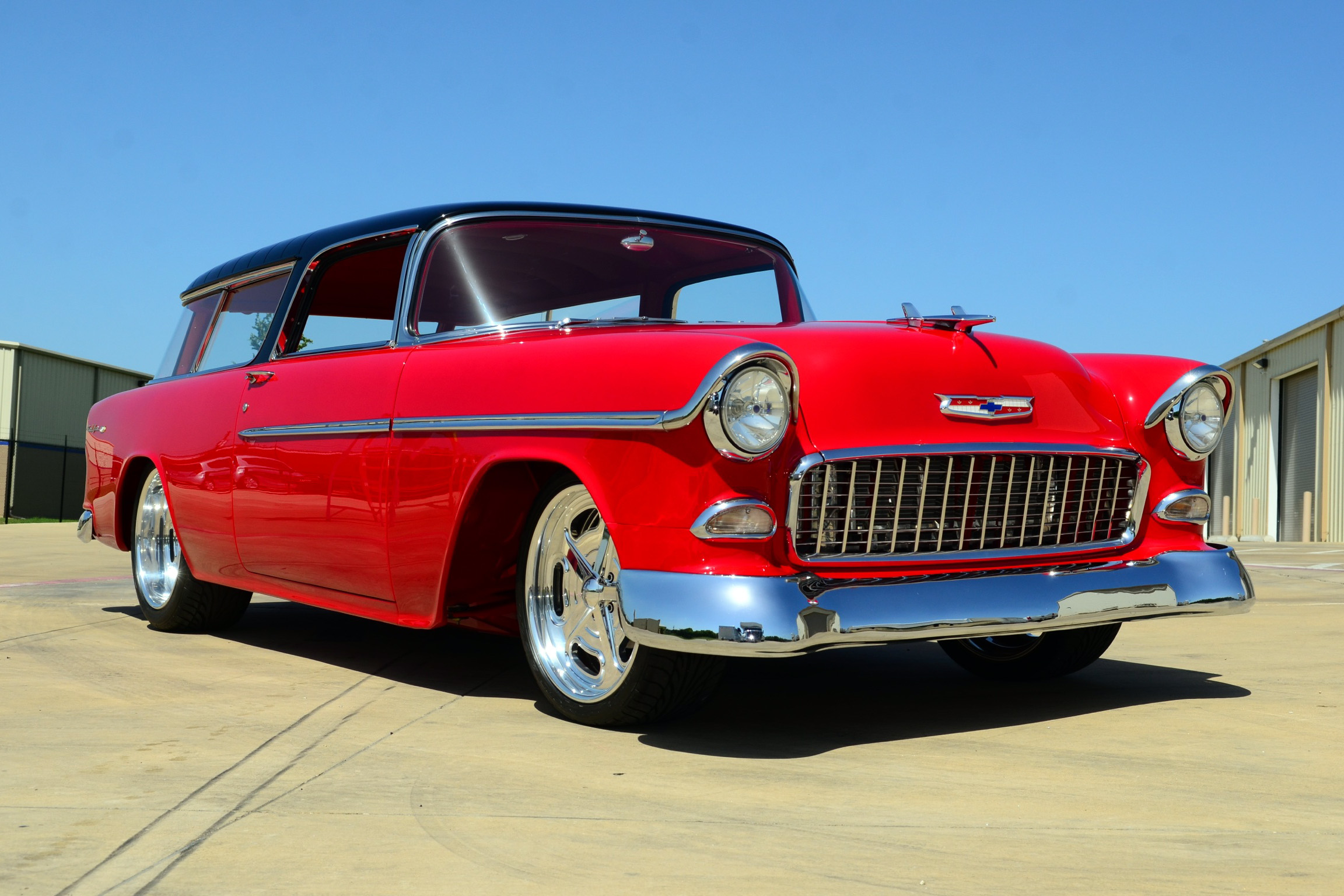 Editor’s note: This is the first in a 10-day series featuring cars to be sold August 6-8 at Barrett-Jackson’s Reno auction.

The Chevrolet Nomad was produced from 1955-1972. In 1955, Chevrolet advertised the Nomads and Bel Airs as “The Hot One” with angular styling that gave the cars and wagons a crisp, clean and modern feel for the time.

The model years from 1955-1957 are widely considered to be the most iconic years in the full production run of the vehicles. The Nomad differed from other wagons of its time by featuring unique styling that resembled a hardtop sedan more than the traditional station wagon.

This particular 1955 Chevrolet Nomad, Lot No. 638, was built by D&D Specialty cars, shows only 187 miles and features a 348-cubic-inch engine that is bored .060 over with Comp Cams rocker arms, Offenhauser intake, with various street and performance engine accessories and is mated to a Borg Warner 6-speed transmission. The wagon has a polished Winters quick-change rear end, Kugel front end and tubular A-arms.

The frame has been painted to match body that sits atop a Shockwave Air Ride system.

This 1955 Chevrolet Nomad is from the Robertson Collection.

One Week to Buy a Car—What Would You Buy?

Question of the Day: Do you take Sunday drives?