Ralph Scott puts his ‘people car’ collection up for sale 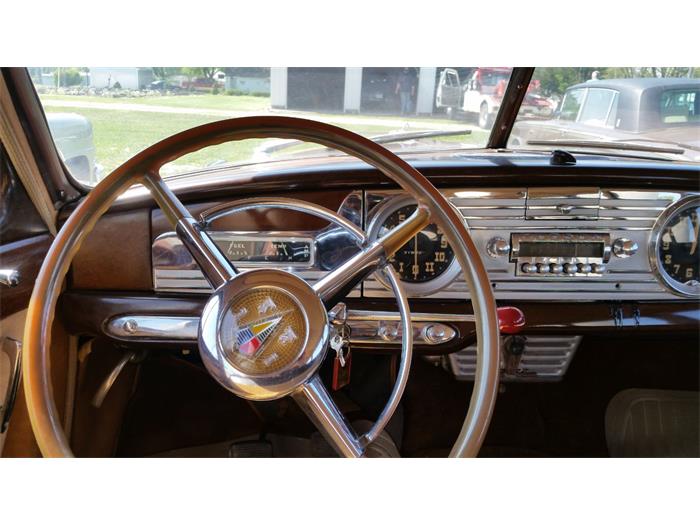 At the age of 87, Ralph Scott has decided to sell what he calls his “people car” collection of 17 restored and in some cases unique vehicles.

Scott said his love affair with cars began at an early age, only increasing as he got into the transport business. Around the age of 45, Scott purchased his first car, a 1946 Ford Super Deluxe, for $250. Not only was this Scott’s first car, but also his first restoration project.

“I used to do all the work myself,” Scott said of restoring his car. “But I got to a point where I couldn’t do my own work. I had to hire people and decided shortly after it would just be better if I sold the cars.

“I still love them so much and want to work on them.”

It was a “lifelong ambition to get cars,” said Scott, adding that he would purchase a car, work on it for about a year, and then move onto the next one, ultimately accumulating 17.

“I never got rid of anything, I just kept what I had and bought a new one.”

During the restoration process, Scott said, “I would absolutely fall in love with them, and I’m serious. I never once considered selling them, I never looked at prices, just stored them.”

Speed has never been of interest to Scott.

“I got my Hudson to 85 (mph) one time. I didn’t have the guts to go faster. I knew the car could, same with the Rolls-Royce, I know there’s lots of power but I have no desire to find out how much or how fast they can go.”

That is one of the reasons Scott has never worked on hot rods or muscle cars.

“What I enjoy is what I call people cars. I would find them and take them back to factory specifications because that’s the history and story of the car, not hot engines,” he explained.

“The cars built in the ‘50s and ’60s are far more superior to today’s vehicles,” Scott contended. “They had big bumpers and it was OK if there was a little tap or a bump here or there, but now you can’t touch anybody or anything.”

Among the impressive collection, Scott says his favorite car is the 1950 Hudson Commodore.  Listed on ClassicCars.com, the Hudson is offered at $35,000. It’s an all original, unrestored car featuring a six-cylinder flathead engine and a manual transmission.

Receiving praise as well is Scott’s 1959 Rolls-Royce Silver Shadow. According to Scott, the car was called “the queen’s addition” or it was also known as a stretch because 10 inches were added to the frame for this model. The car features a leather interior and an electric window separating the front seats from the back. The front and back sections of the car each have their own radio, cassette player, heat and air-conditioning. The car also has curtains on the interior for extra privacy and is offered at $25,000.

“It’s a beautiful car, but it’s so low to the ground I can fall into the car, but then I can’t get back out,” Scott said.

“I knew a couple of antique car collectors and wish that I could have had more cars, but my family took priority over that. I would have loved to have my own museum, but that would cost millions to have the space and have the insurance.

“I would have loved to keep the cars in the family and I wanted to give them to my four kids, but none of them want them. They aren’t antique minded and only keep a car for three or four years, so I am selling them to people who want them and will love them.”

Scott is selling his cars on ClassicCars.com because he feels it’s more personal; people can ask him questions about the cars and the restoration process and, “if they buy one, they come pick it up. If I was to list with an auction, then I would have had to haul them to the auction.”

While Scott is selling his entire collection, some vehicles have not yet been listed because he feels they are in need of repair before being offered for sale.

“I used to drive the cars all the time until about two years ago,” he said. “I’d use one car per week to go around town or to a restaurant, and then when I was done put it back in storage till I got to it again. They would all be covered in storage with dehumidifiers.”

“I also kept moth balls inside dishes in the car to keep the mice out. Mice and mothballs don’t get along. I’d always buy 12-14 big boxes of moth balls, and I haven’t had a mouse problem in over 35 years.”