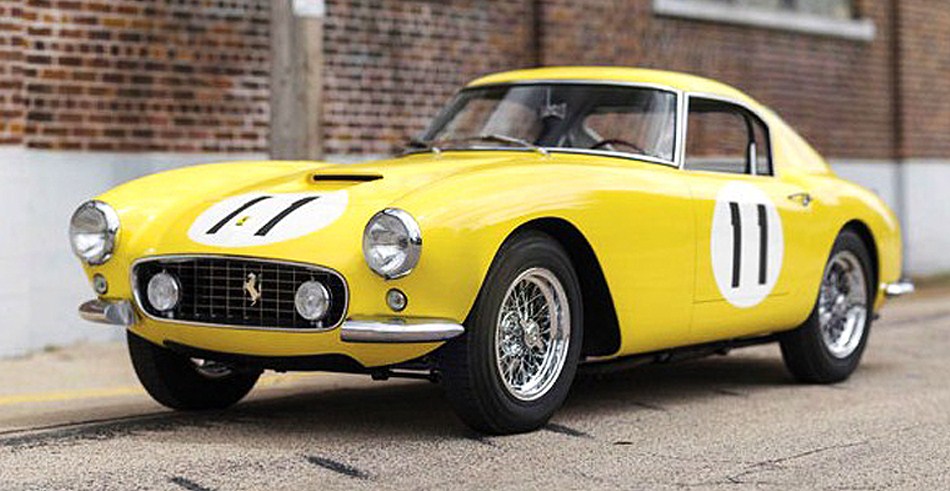 Once again, the auctions of Monterey Classic Car Week next month appear to be a Ferrari wonderland of fabulously rare and valuable sports cars and race cars that wear the prancing horse. Seven- and eight-figure sales should be plentiful, as they were during last year’s Ferrari lovefest.

Here’s another one to watch: RM Sotheby’s has announced a notable addition to its sale of The Pinnacle Portfolio of top-notch collector cars: a 1960 Ferrari 250 GT SWB Berlinetta Competizione, one of the alloy-bodied champions of the North American Race Team (N.A.R.T).

Although RM Sotheby’s has not publicized an estimated value for what it calls the impeccably restored Ferrari (chassis number 1773GT), the Hagerty Price Guide has the alloy 250 GT listed at a top value of $16 million for a Number 1 car. But with the wildly booming prices these days for the greatest Ferraris, it could easily go for more.

“When it comes to SWB Ferraris, there is a clear division between top-tier examples and the rest,” Shelby Myers, car specialist with RM Sotheby’s, said in a news release. “The example in The Pinnacle Portfolio sits at the apex of the group. Matching-numbers, its fantastic race history coupled with its great originality and spectacular restoration make it a clear standout.”

RM Sotheby’s has already announced the sale of The Pinnacle Portfolio, a group of 25 post-war sports cars (earlier reports had the figure at 30) that represents the highest-valued private collection ever offered at auction, the auction house says. The massive consignment turned the annual Monterey action from a two-day to a three-day sale; the collection will be sold on Thursday, August 13, in an exclusive standalone auction.

Besides the Ferrari 250 GT SWB Berlinetta Competizione, which should lead the bidding, RM Sotheby’s has listed a 1959 Ferrari 250 GT LWB California Spider and 1964 Ferrari 250 LM among the landmark cars that comprise the collection. Others include an alloy-bodied 1955 Mercedes-Benz 300 SL Gullwing, a 1971 Lamborghini Miura P400 SuperVeloce and a 1956 Porsche 356 A 1600 Speedster.

The collection of exceptional vintage cars also includes such modern supercars as a 2008 Koenigsegg CCXR, 1996 Porsche 911 Carrera RS 3.8, 2008 Lamborghini Reventón, 2005 Saleen S7 Twin Turbo, 2012 Bugatti Veyron Super Sport and a 2005 Ferrari Enzo, all of them valued in the six and seven figures.

Ferrari 250 GT No. 1773GT made its mark in GT racing shortly after leaving the factory, competing in the 12 Hours of Sebring where it finished seventh overall and fifth in class among the N.A.R.T. entries. After that debut, the car continued its racing successes, including first-place finishes at Bridgehampton and Nassau.

The Ferrari, which was styled by Scaglietti, has a well-documented ownership history before being acquired by The Pinnacle Portfolio, RM Sotheby’s said. It was then sent off for a total restoration to its 1960 Sebring livery by Wayne Obry’s Motion Products Inc, a project that was recently completed at a cost of more than $650,000, testament to the unnamed owner’s “near-fanatical level of detail.”

“The owner’s directive was simple: he wanted a restoration beyond reproach that could compete at the highest level of concours judging and would be capable of winning awards wherever shown,” Myers said. “From a collector’s perspective, the appeal of 1773GT is two-fold: it enjoys a fantastic racing provenance … and when it comes to condition, it is mechanically pure and magnificently restored.”

For more information about The Pinnacle Portfolio sale and the other two days of RM Sotheby’s Monterey event, see the auction website. To view a video of the Ferrari 250 GT in action, click here.