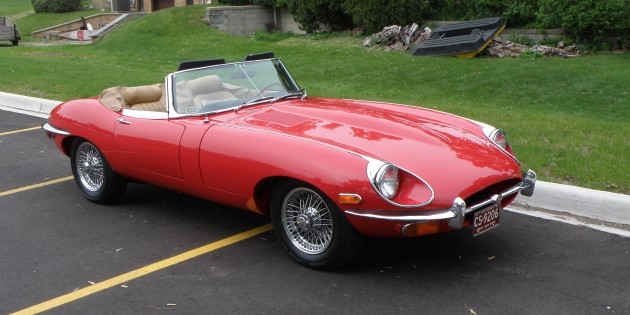 Growing up in Detroit my dad would take me to the Sport Cars in Review show at the Henry Ford Museum. One year there was a D-type Jaguar on display. Jags had won Le Mans and the D-type was the hit of the show.

For me, it was love at first site.

A few years later the show featured the Jaguar E-type. It was black with a red interior and wide whitewalls. I promised myself one day I’m going to own one of those! I shared my promised with my dad. He just smiled.

Years later I came across a rusting 1969 E-type and purchased it. After a full restoration the (red) car won its class at numerous JCNA Concours, but I still remembered that promise of the covered headlights and wide whitewall tires.

A few years ago I kept that promise to myself and bought a 1964 Jaguar E-type. I restored it and it has been a national JCNA champion. I know my dad would be proud.