What to do about the General Lee? 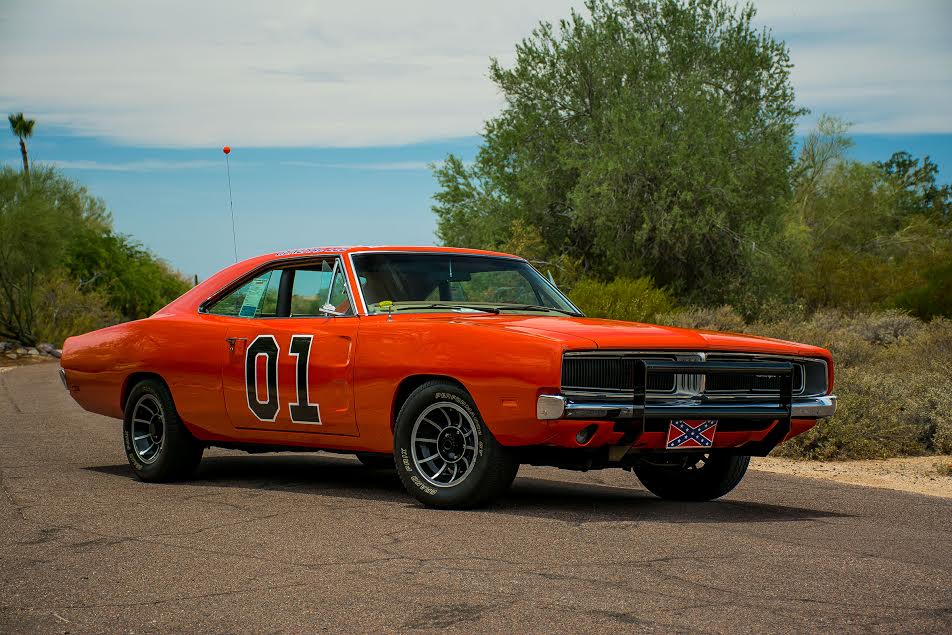 One of the most iconic images of the Confederate flag sits atop the equally iconic car from the popular TV series, The Dukes of Hazzard. The car in the show known as the General Lee, a 1969 Dodge Charger driven by fictional characters Bo and Luke Duke, is under fire and being defaced by some due to current controversies surrounding the Confederate flag.

Professional golfer Bubba Watson, who bought one of the original General Lee  Chargers used in the show which ran from 1979 to 1985, and was followed by several spinoffs including a 2005 movie, has announced he will replace the Confederate flag on the car’s roof with  an American flag.

I had the opportunity to chat with someone from Scottsdale, Arizona, who owns a tribute copy of the General Lee. He told me that he and his wife bought the car because it reminded them of when they were kids, growing up and watching the television show.

Since buying the car they have put in hundreds of hours and thousands of dollars in restoring it, sparing no expense when it came to the small details, such as a year-correct license plate and multiple Hazzard County stickers.

Prior to the recent controversy, the car was a show stopper with all sorts of people from all over the world wanting to take photos with the iconic car.

Since the uproar, the car’s owner has been hesitant to take it out, though on the few occasions he has, the General Lee has backed up traffic because of people stopping to take photos of it and with dozens of people surrounding it for as long as it was parked. The owner says he has heard no negative comments. People of a variety of backgrounds have made numerous comments with the message being universally clear: “Don’t take the flag off the car.”

It can be argued that the General Lee is a piece of American cultural history,  an artifact. Some might say that replacing the Confederate flag would be  an act of vandalism on an antique.  Changing the iconic image would essentially  erase that moment in history.

As I see it, the issue is not specifically about the flag and about what it means in today’s society, it’s about preserving the General Lee. Removing any part of the car is like taking the bat logo off the Batmobile. Any change made to the General Lee and it won’t be the General Lee anymore.

Years from now, people who grew up watching the Dukes of Hazzard or who watched the reruns will want the look of the original vehicle used in their favorite show as it remains in their memory, not as it may have been defaced.

The General Lee clone owner I met believes that preserving the car will result in the value of the car increasing significantly over the next few years, as it will be seen as being unmolested.

The General Lee is not about racism or Southern separatism but rather a light-hearted poke at the good ole boys.  Removing its Confederate flag proves nothing except that we can mindlessly deface a piece of our collective pop-culture past and render it meaningless.