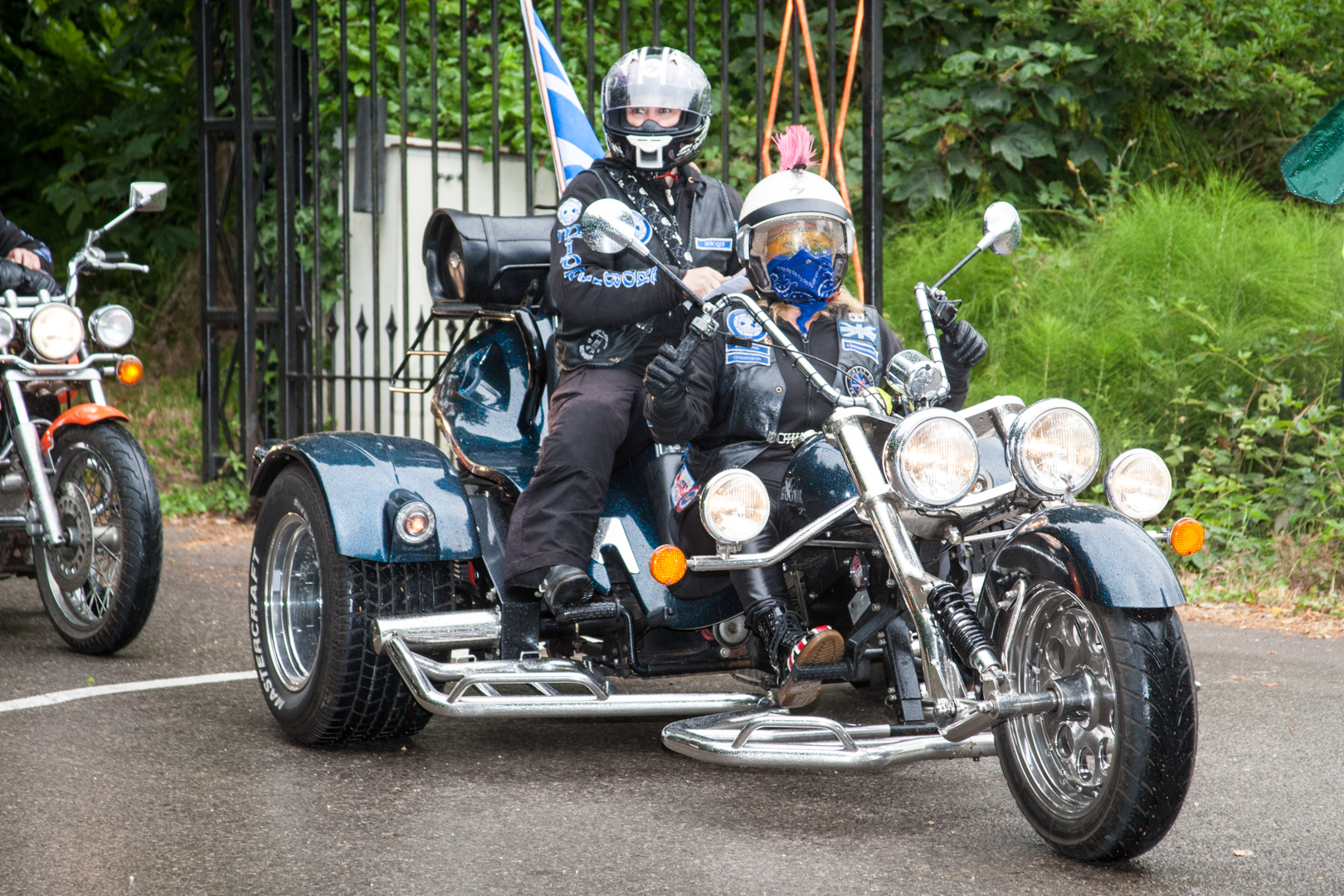 Despite drizzly weather, more than 600 motorcycles and trikes — from single-cylinder mopeds to flat-six monsters — turned out for the recent annual Simply Bikes event at Britain’s National Motor Museum at Beaulieu.

Also present were the quirky, including a vintage Mobylette moped with pedal assist for its tiny engine, several trikes with Volkswagen flat-four engines — one retaining the entire rear bodywork of the Beetle, and another trike that mates a motorcycle front fork with the engine and chassis of a Reliant Robin.

In what the museum called “an extra treat for motorcycle fans,” engineers from the museum’s workshop performed a start-up of the recently restored Brough Superior 11.50, the first time this “Rolls-Royce of Motor Cycles” was heard running in public following its restoration.