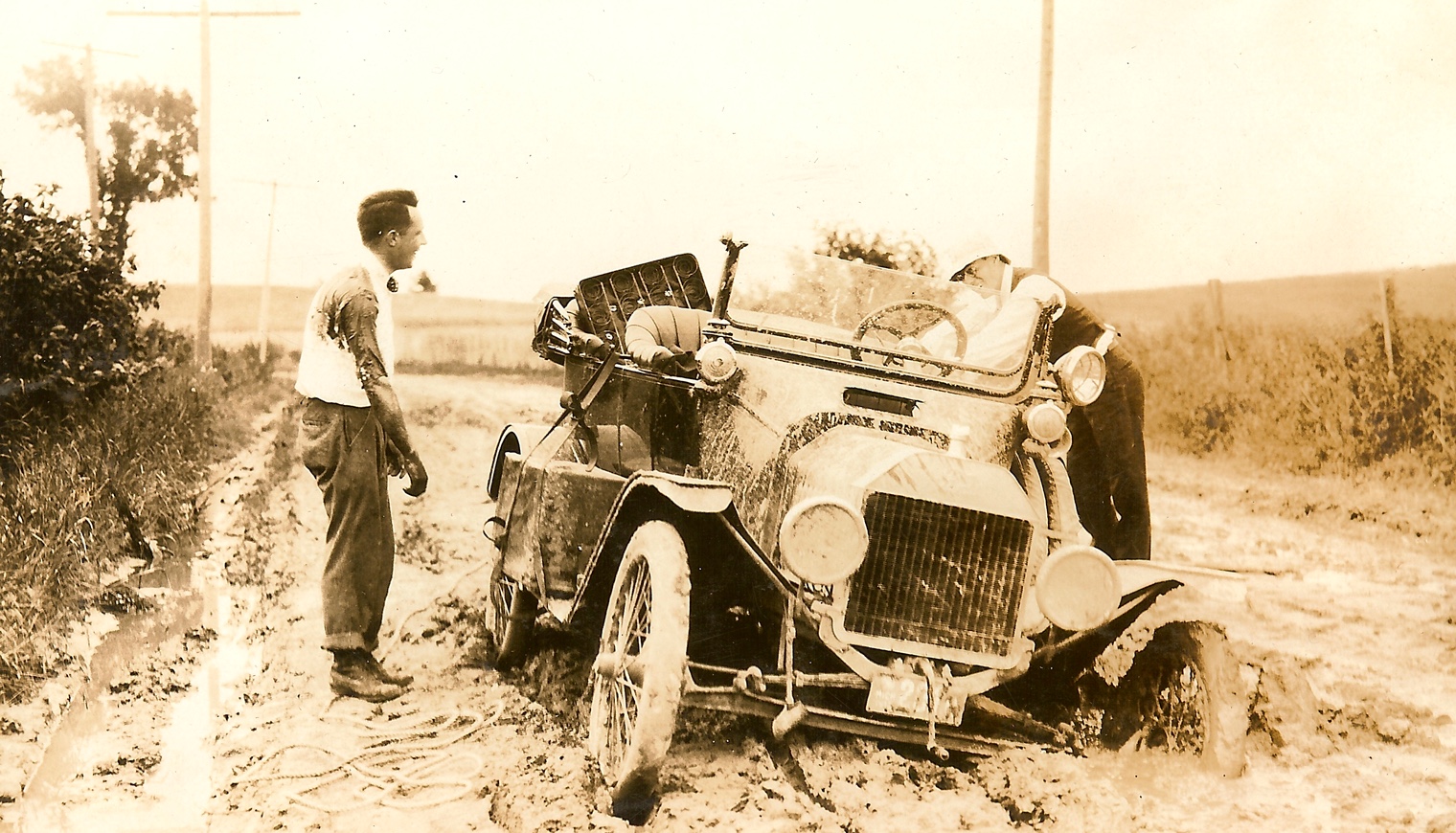 In June of 1915, 21-year-old Edsel Ford and several of his buddies left Detroit in a Model T Ford, a Cadillac and a Stutz and joined thousands of other Americans in driving across the country to the Panama-Pacific International Exhibition in San Francisco.

Starting Friday, June 17, a team from the Historic Vehicle Association will follow Edsel’s route in a three-vehicle caravan — a 1915 Model T much like the one Edsel Ford drove, a new 2015 Ford Mustang with an EcoBoosted four-cylinder engine, to demonstrate how four-cylinder technology has advanced in 100 years (the Mustang also will carry a film crew documenting the trip), and a new Ford F-150 pickup truck that will pull a trailer carrying supplies, including a spare engine and transmission for the Model T.

When Edsel Ford did his drive, HVA president Mark Gessler said, he could stop at any Ford dealership along the route and get parts he needed to repair his car. For example, when the trip began, Ford’s Model T was equipped with stylish wire wheels. But when Ford encountered mud after just a couple of days on the road, Gessler said, those wire wheels proved as useful as “using a whisk in a pool of quicksand,” and were quickly replaced.

Ford also had issues with his car’s rear axle and other components. But while he could find replacements along the route, “One hundred years later,” Gessler said, “we have to carry such bits with us.”

Like Edsel Ford, the HVA contingent will travel from Michigan to Indianapolis and on to Missouri, where it will pick up the Old Trails Road (AKA the Santa Fe Trail) through Kansas and Colorado to New Mexico and then on through Arizona to Los Angeles and up the California coast to San Francisco, stopping along the way for car week in mid-August on the Monterey Peninsula.

“This is not a re-enactment,” Gessler said. “We’re just following the trip and seeing what it’s all about.”

Guiding the HVA crew — HVA historian Casey Maxon will do most of the driving and will joined in the Model T by Gessler and HVA staffer John Paul — will be a diary, complete with some 200 photographs, Ford and his friends published after returning to Detroit. Like Ford and friends, the goal is to travel between 100 and 200 miles a day, not a challenge on modern paved roads — the HVA team will travel primarily on secondary roads — but a real test in 1915 when Americans were just beginning to attempt such feats. 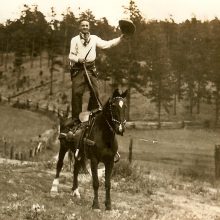 “The roadways across the country were getting advertised as being open for travel and it wasn’t the pioneering adventure it once was. Regular folk could make it,” Gessler said of estimates that as many as 25,000 vehicles traveled from east of the Mississippi River to the big world’s fair celebrating the opening of the Panama Canal. Among the exhibitions at the fair was a Ford assembly line building Model Ts in the Palace of Transportation building.

Another reason for such travel, Gessler added, was that Europe was at war and wealthy Americans who otherwise might have spent the summer on the Continent “needed something else to do, and the U.S. Department of Interior was promoting ‘See America First’.”

Americans were taking to the roads. In 1915, 1916 and 1917, Tiffany created special silver metals that were given to people who completed a transcontinental drive, a trip to the West Coast from east of the Mississippi or to the East Coast from a western starting point.

Among those driving to San Francisco that year were Emily Post, driving a custom-bodied Mercedes and writing about it for Colliers magazine (and in a book recently republished by McFarland & Company), and Henry Joy, the president of Packard and promoter of the Lincoln “Highway,” from New York to San Francisco. Joy and a film crew traveled west on the Lincoln way.

“We’re looking at 1915 as a watershed year, as the birth of the American road trip,” Gessler said. “It was the first year people en masse were able to hit the roads and chose to do so.”

The tentative HVA itinerary includes a visit July 18 to the Auburn Cord Duesenberg museum in Auburn, Indiana; photos at the St. Louis Arch on July 20 two days — July 23-24 — at McPherson College in Kansas to give the Model T a good mechanical check up; taking part in the Sesquicentennial celebration July 25 at Dodge City, Kansas; a visit to Pikes Peak on July 28; a visit to the Grand Canyon on August 4 and to the Petersen Museum in LA on August 7; arrival at Carmel on the Monterey Peninsula August 10; a stop at the REVS Institute at Stanford University on August 17; and arrival the next day at San Francisco.