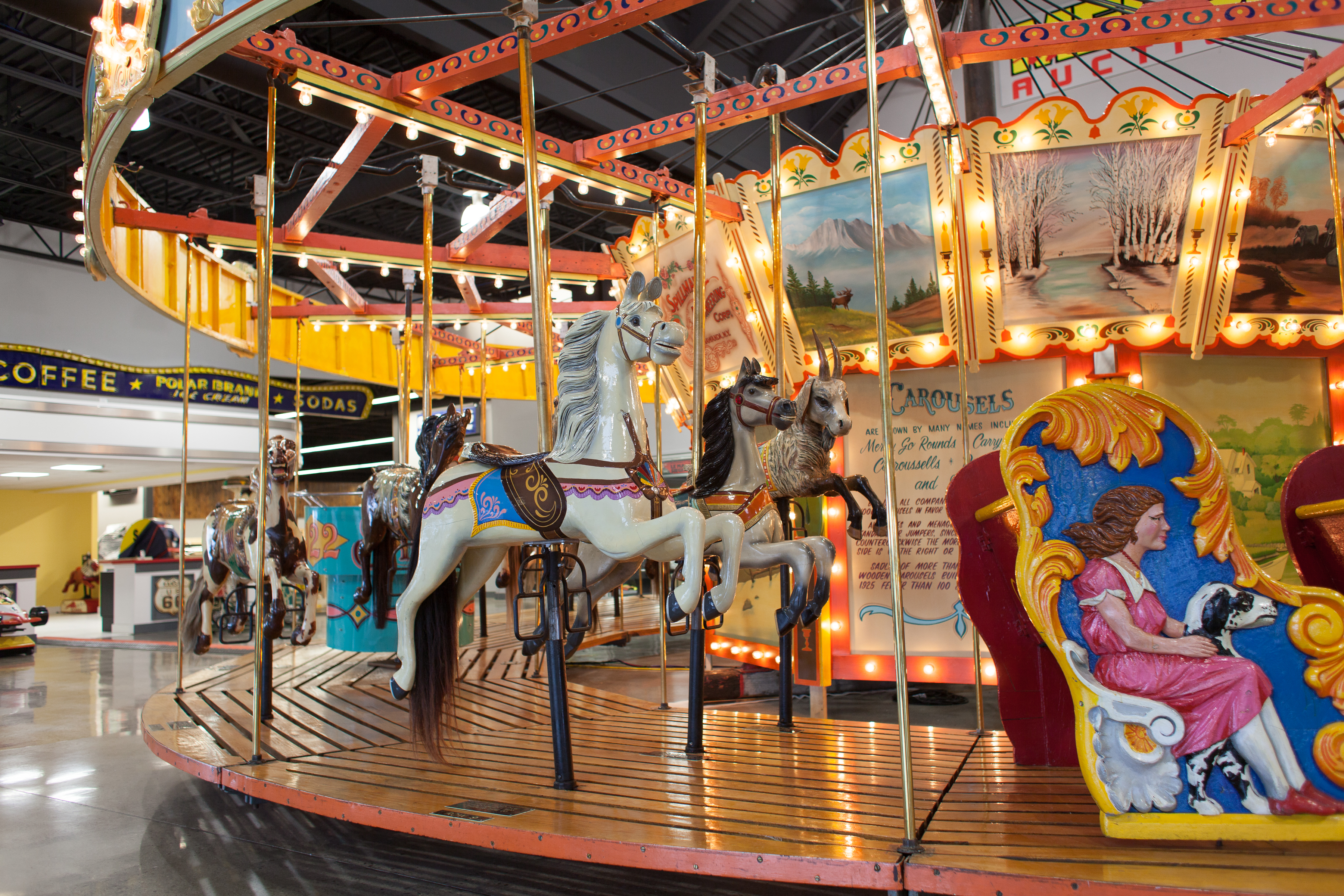 Mecum Auctions is known for sales with a thousand or more classic cars, but next weekend, July 17-19, its inaugural Road Art Auction will include no cars — well, there will be several pedal and toy cars — but instead it will feature more than 1,000 items including dealer signs, assorted automobilia, barber shop nostalgia, farm and country store memorabilia, and even a working 1922 carousel.

“We had the Walker Sign Collection that we did back in March,” Sam Murtaugh, vice president of marketing for Mecum Auctions, told ClassicCars.com in an interview. “That was a singlular collection of one man’s stuff. But this is a consignment auction of what we refer to as ‘road art.’ There are neon signs and sought-after porcelain, but also different categories — Coca-Cola items, a big grouping of barber shop memorabilia, and toys and rides centerpieced by the big 1922 Spillman carousel.”

The action takes place at Mecum’s headquarters in Walworth, Wisconsin, which in the last few weeks has been turned into perhaps the ultimate man cave as items have been arriving and are being set in position for the auction.

“We pushed some cars out of the building and made room to showcase the road art,” Murtaugh said. “We’ve had auctions here with the tractor auctions.”

The Walker Sign sale was held at one of collector Vernon Walker’s facilities near Memphis and the sale of more than 400 signs generated $4.65 million in transactions, with prices ranging up to $125,000.

Murtaugh said Mecum Auctions typically open each day of its classic and collector car events with the sale of several items of what it calls road art, “but at car auctions were are limited on how much time we can spend on these types of types of things and space is always limited as well. So having a three-day all-road art affair made sense.”

Will this become an annual sale?

“We’re going to see where it goes,” Murtaugh said. “If it’s a successful event… and the inventory is certainly shaping up to be pretty spectacular. If sales results are what we expect them to be, I wouldn’t see why we wouldn’t have one again.”

The auction headliner is the 1922 Spillman Engineering Menagerie Carousel (see video). Allen Herschell was born in Scottand, trained as a machinist and began building carousels in a factory in North Tonawanda, New York, in the late 1800s.

The Spillman carousel being offered if 40 feet in diameter and includes 38 hand-carved animal figures.

Among the more traditional automobilia in the sale is a large 1950 porcelain neon sing that for 50 years stood at the Wolf Chevrolet dealership in Belvedere, Illinois not far from the Boone County Fairgrounds where some of the early Mecum auctions were held.