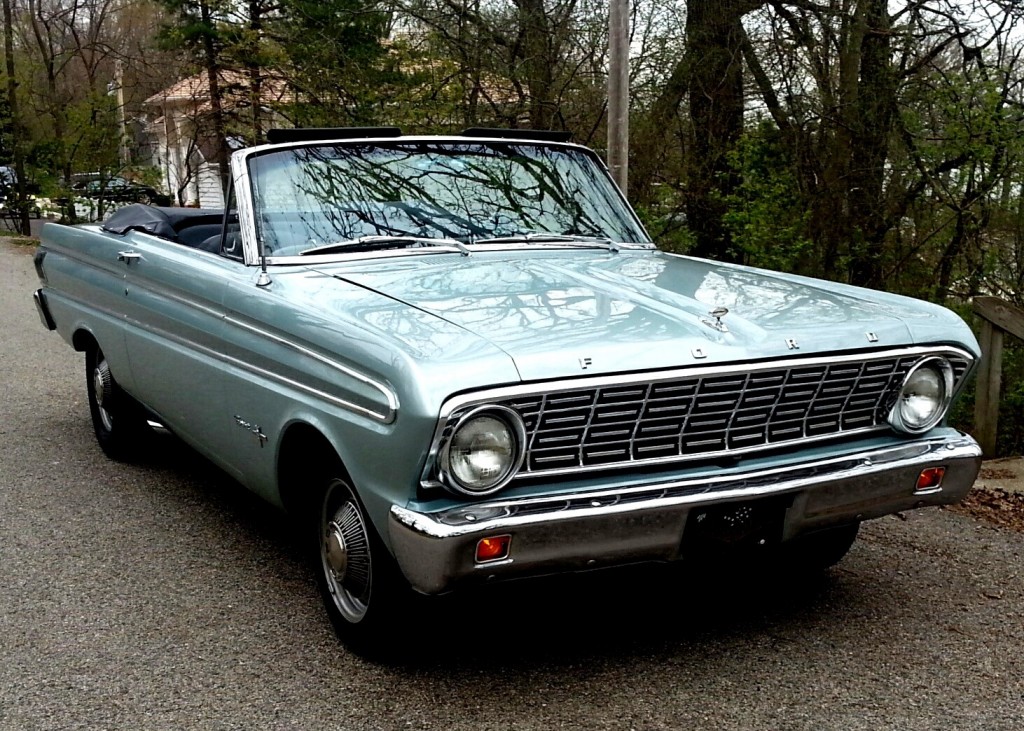 To draw attention to the Falcon model line at the start of the Ford “Total Performance Era,” the Sprint model was added to the lineup in mid-1963.

Boasting the excellent Ford 260 small block, and available with the slick shifting Ford “top-loader” or T-10 transmission, dash mounted tach, sporty bucket seats, and special yet understated trim, at well under 3000 pounds, it made for a rather potent combination.

Production continued through mid-1965,with the 1964 model argued by some to be the most “sorted out” with addition of a slightly wider rear axle than in 1963 and additional structural reinforcements, plus tweaked suspension.

The Sprint lent it self well to modifications, it was the first American sedan to be classified by the SCCA and was competitive in racing, as shown by its success in the 1964 Monte Carlo Rally.

Today it is somewhat overlooked as the Mustang gets most of the attention. However, the Sprint so generously lent its stout and relatively light unibody to the Mustang.

Because of the kinship with the Mustang, many Shelby performance enhancements will complement the Falcon Sprint, turning it into a serious sleeper.

This 1964 Sprint has a few performance upgrades that include a robust 289 with cam, intake,carb and ignition enhancements, as well as Shelby-style GT350 “try Y” headers and under-ride type Shelby Traction Masters.

The car is painted in its original color of sliver smoke and is one of the somewhat limited production of 4,278 built in 51 years ago.