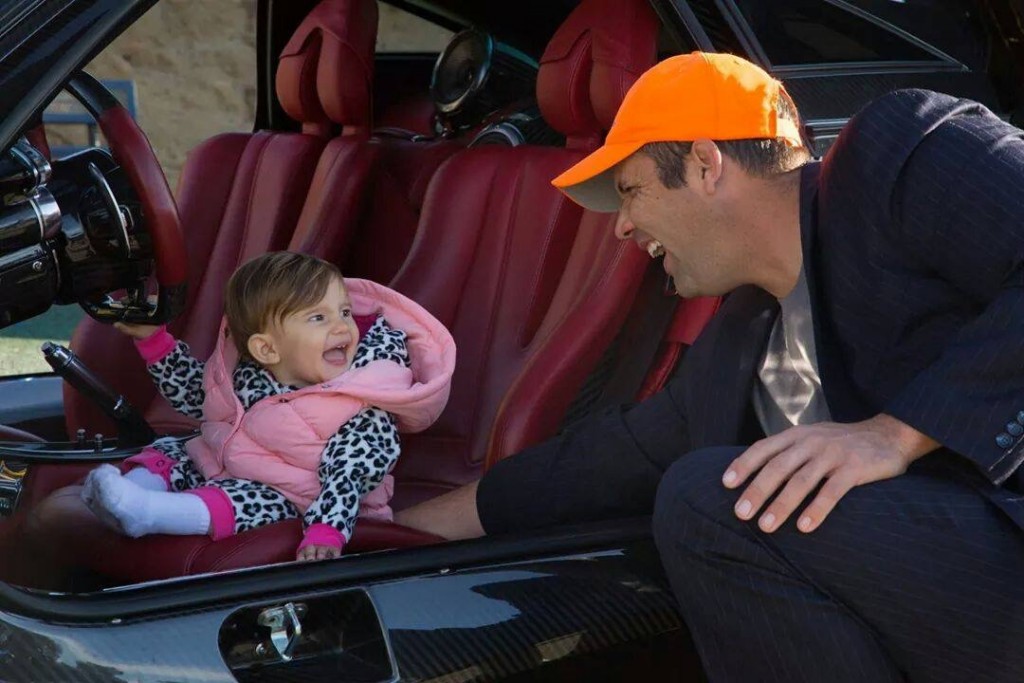 Some of them organized car shows. Some eagerly let children climb into their classic cars. Some even let young drivers take a turn at the wheel so they can see what it’s like to drive a vintage vehicle. Some share their experience under the hood, and all seem to be evangelists for the classic car hobby.

“I think my Dad is most proud,” one daughter said in nominating her father, “when his teenage granddaughter rides in his (classic car) and sings along to Grandpa’s oldies, all the while passing on his legacy and love for the car and the era of music, too.”

Each was nominated as a Classic Car Community Hero or Heroine since we asked for your help in identifying worthy folks to recognize on Collector Car Appreciation Day.

As you read the names and reasons these people were nominated, you’re almost certain to think of others who are deserving of recognition. Don’t fret over a missed opportunity. We plan to do this again next year.

But for now, for 2015, here are the inaugural Collector Car Community Heroes:

Debbie Baker of Forest Lake, California, for leading the Cruisin for a Cure show in Orange County, which attracts some 3,500 vehicles, and for the show’s work to screen for prostate cancer.

Ames Blackfor of Dallas, Georgia, for letting children get inside and enjoy the 3-window 1932 Ford coupe he’s owned for 55 years, and for offering his shop to people “if he has something they don’t, to make a part or to fix something.” Or simply for leading someone home in the dark when their lights have failed.

Jeffrey Brashares of Marysville, Ohio, for founding and managing the Buick Heritage Alliance (and for saving and restoring several significant Buicks) and for his 32 years as chairman of the Great Lakes Region Arthritis Foundation classic car show and cruise-in.

David Cardone of Westbrook, Connecticut, who has worked on classic cars for half a century since pushing his first car — a 1959 Morris Minor — home when he was 13 years old. He runs Cardone & Daughter Automotive with his daughters and frequently hosts classic car events there as well as organizing basic car maintenance instruction through Youth and Family Services.

John Fry of LaPorte, Indiana, for the cars he has restored over the years and his work and dedication, and for the way he has “opened the eyes” of so many people to appreciate such vehicles, and for the “unique John Fry sound” of the engines he’s built, including the one in the 1966 Chevrolet Chevelle SS that he’s owned since 1980, “the only one he has restored and kept for himself.”

Henry Hobbs of Darien, Connecticut, whose life may be his classic Chevelle, but that doesn’t stop him from letting others get behind the wheel and see what it’s like to drive a classic.

Mark Homer of San Antonio Texas, for sharing his knowledge of “vintage, classic, collectable or contemporary vehicles” with members of several car clubs.

Maureen Magnuson of Ventura, California, for some 30 years of dedicated service to the local car community.

Mel Martin of Phoenix, for welcoming children (he pays for the buses that bring them from area schools) and adults (especially veterans) to his classic car museum.

James Mitchell of Oceanside, New York, who has been taking his 1964 Studebaker Avanti R2, a car originally owned by his father, to shows for more than 30 years, especially when it supports anti-drug programs and children with special needs.

Donald Pacheco of Basque Farms, New Mexico, for his example of service and perseverance; he still owns the 38,000-mile 1965 Mercury Comet Caliente he had before going to Vietnam for two tours of duty and who 40 years later found and reacquired the 1957 Chevrolet Bel Air he also owned before his river patrol-boat duty in southeast Asia.

Josh Payne, a pastor from Troy, Pennsylvania, whose Victory Church stages an annual car show and burnout competition each year on Father’s Day that attracts half of the local community and people from hours away.

Fred Pottete of Blairsville, Georgia, for creating interest in the next generation by eagerly allowing young drivers to get behind the wheel and experience his classic cars.

Charlie Pratt of York, Maine, for being the go-to guy on Ford Model A’s. “If you’re having problems, Charlie will fix it, more often than not at no charge.” He also organizes local parades and last year helped keep all the cars running on a tour up the Maine coast.

Richard “Rick” Rovella of Riverside, Illinois, for his community service and his Riverside Garage, which organizes three cruise nights each summer and a large single-day car show each September.

Robert Ticer of Yorkville, Illinois, for being a mentor and teacher to thousands of Ford Falcon enthusiasts and a father who let his young son help work on the 1970 Ford Mustang Mach I and then let that son as a teenager restore a 1965 Ford Falcon Futura and build a 347 Stroker to power it.

Dusty Troyan of Woodland Hills, California, for creating Super Car Sunday which has grown from a few cars in a parking lot to a huge weekly gathering in Warner Center Park, where 1,000 people — including Los Angeles area celebrities — gather each week with contributions going toward the motor4toys.com, which annually collects and distributes more than 40,000 toys.

Ronnie Wagoner of Wichita, Kansas, for “countless hours and tireless effort he puts into his weekly Friday night shows (weather permitting from April through October), food run for the Kansas Food Bank, and many other charity shows” where he lends a hand, and for helping anyone he finds “stranded on the side of the road.”

Ed Winkler of Scottsdale, Arizona, for helping to start the Arizona Concours d’Elegance

Josef Zaengerle of Bakersville, North Carolina, who has become the go-to guy for 1966-72 Mercedes-Benz 250, 280 and 300 models that have been otherwise overlooked by many collectors. “He takes phone calls from all over the world and gives service and parts advice to complete strangers at a moment’s notice.”