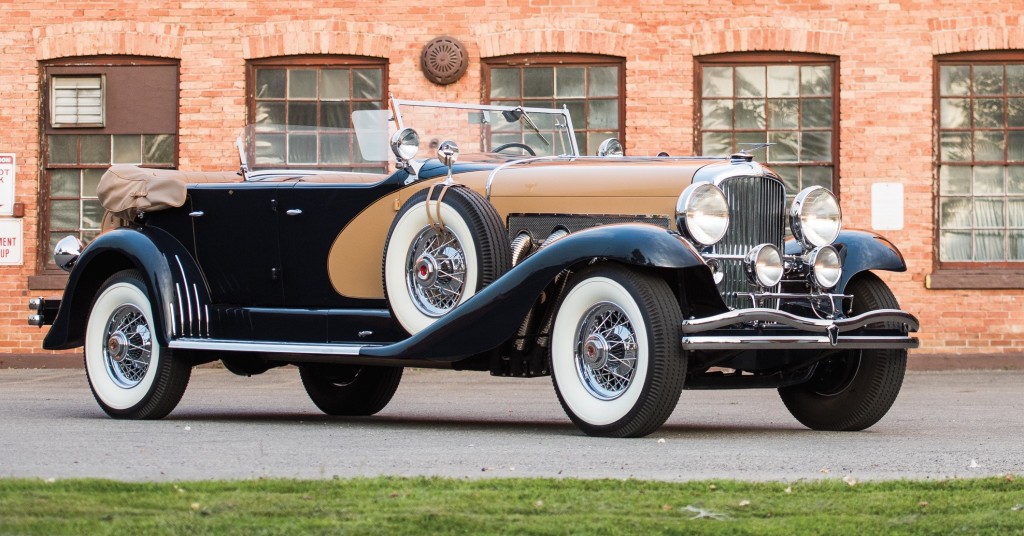 Supercharged cars from different eras highlight the docket for RM Sotheby’s annual Motor City auction, to be held July 25 in conjunction with the Concours d’Elegance of America at the Inn at St. John’s in Plymouth, Michigan.

Representing the state of the supercharged automotive art and science of the 1930s is a 1935 Duesenberg Model SJ dual-cowl phaeton. Showing how things have changed, some would even say progressed, in the ensuing 70 years is a 2005 Ford GT.

The Duesenberg was the personal car of Duesenberg Motors president Lucius B. Manning, who commissioned a special Gordon Buehrig-designed “sweep panel” LaGrande body. When Manning sold the car, the buyer wanted a Willoughby Berline body so the car was changed. That body later was removed and the car sold to a prominent collector who had the original bodywork recreated. The car later was upgraded to SJ configuration and in 2014 was judged best of show at the Greenwich concours.

The Ford GT is being presented as “virtually new” with only 368.3 miles on its odometer (when the auction catalog was printed) and equipped with all four available factory options — painted racing stripe, McIntosh CD stereo system, BBS forged-alloy wheels and color-matched Brembo brake calipers. The pre-auction estimate is $300,000 to $350,000.

The auction docket also includes a dozen cars from the Michigan-based collection of Howard and Norma Weaver, including a 1931 LaSalle 345A 7-passenger touring and a 1957 Dodge Custom Royal Lancer coupe, and a 1922 Mercer Series 5 Raceabout formerly owned by Duesenberg historian Ray Wolff.

Also being offered is the 1956 Ford Thunderbird used as a tarmac support vehicle by Alamo Airways (the car also was driven on a dry lake bed in Nevada as a moving refueling station to help keep a plane aloft for 64 days, 22 hours and 19 minutes in 1958),