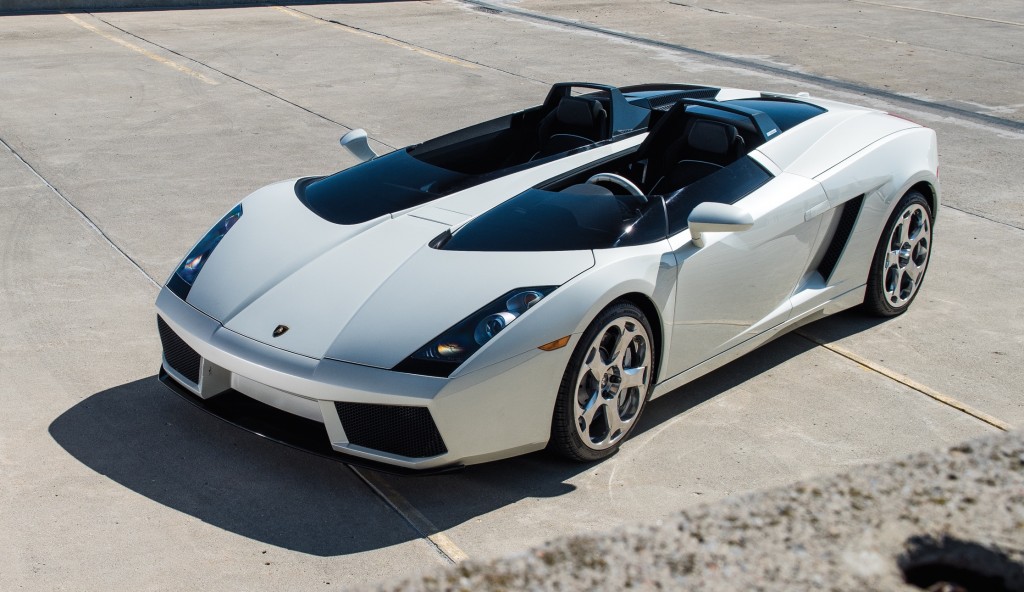 We weren’t all that surprised last month when RM Sotheby’s announced that it had secured the consignment of the astounding Pinnacle Portfolio of some 30 important post-war sports cars. But what was surprising was that those cars would be offered not at the “Art Automobiles” sale in November in New York City but would be added to the docket for the annual Monterey auction.

What, we wondered, could RM Sotheby’s possibly have lined up for a New York sale that cannot be anything less than a blockbuster event?

Well, the auction company has released information of the first consignment for the auction November 18 at Sotheby’s NYC headquarters and it is, indeed, a blockbuster — the 2006 Lamborghini Concept S, the running prototype of the static design study unveiled the previous year at the Geneva motor show.

RM Sotheby’s set a pre-auction estimate of $2.4 million to $3 million for the one-of-one vehicle. 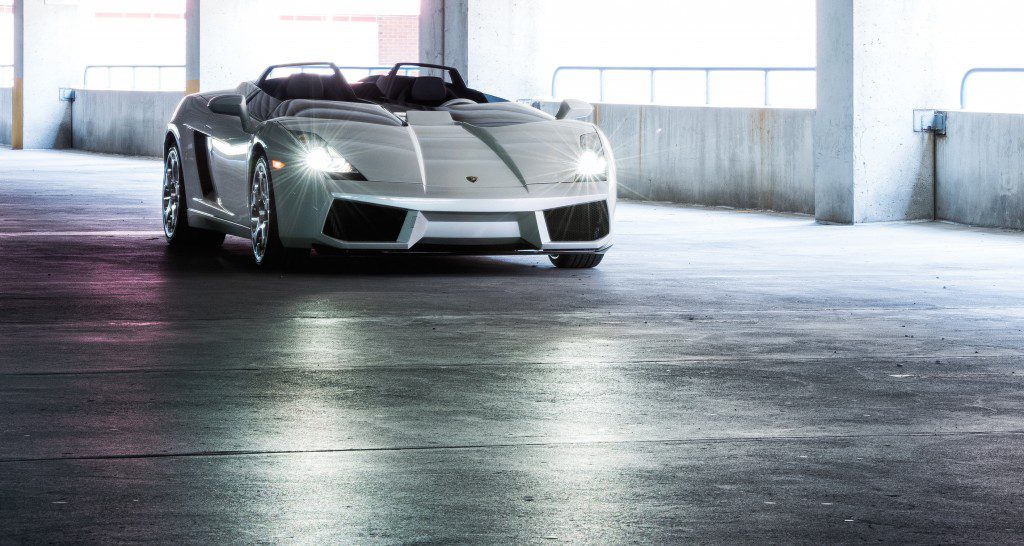 “Returning to the global stage of New York City is particularly special this year as we’ve entered into partnership with Sotheby’s,” Rob Myers, founder and chairman of RM Sotheby’s said in a news release. “We are looking forward to once again hosting a world-class exhibition and auction with our new colleagues.”

It was in 2013 that RM Auctions staged its inaugural Art of the Automobile sale at Sotheby’s NYC facility, usually the site of high-end fine art auctions. The event was the first major classic and collector-car auction in New York in more than a decade. Featuring just 31 vehicles, the auction generated $63 million in sales in two hours.

Since then, Sotheby’s has taken a 25 percent stake in RM. Together, they plan the second and now-known as Art Automobiles sale for this fall.

“This year’s event, held at Sotheby’s global headquarters in Manhattan, is set to amplify these results,” RM Sotheby’s said in its news release Thursday.

“The automobile offering will again feature a selection of vehicles handpicked for their rarity, significance to design, engineering, and for the outstanding achievement they represent in their respective category; all will be displayed as part of an exclusive exhibition in Sotheby’s prestigious 10th floor galleries ahead of the sale.

“In a bid to broaden the event’s appeal, the catalogue will also feature a selection of more traditional artworks, including paintings and sculptures tied to an automotive theme.”

Writing in the summer edition of his company’s quarterly Shift magazine, Myers explained his willingness to sell part of RM Auctions to Sotheby’s.

This is “by no means an exit strategy (his italics),” he wrote. “Rather, it is a strategic plan that has been put in place to gain faster and more precise access to emerging markets, such as Asia and the Middle East, which will directly benefit our clients…

“I believe that this partnership will only help to accelerate the classic car market’s own expansion into all of the emerging marques worldwide. It has always been the company’s mission statement to be the innovative leader in all aspects of the collector-car community, and what better way to do that than to join forces with the most historic auction house in the world, Sotheby’s.”

Myers noted that Sotheby’s has more than 90 offices in 40 countries, which presents opportunities not only for selling classic cars but for the future of RM staffers. Already, RM has added a car specialist to Sotheby’s office in San Francisco and will place others full-time at Sotheby’s in New York.

He also traced the history of the relationship between RM and Sotheby’s to his post-block purchase of two Duesenbergs that did not sell during a Sotheby’s auction in 1995 at the Petersen Museum in Los Angeles. He noted that RM and Sotheby’s have staged joint sales at the Ferrari factory, sold Bernie Ecclestone’s car collection, the Milhous Collection of cars and musical instruments and their combined effort for the Art of the Automobile sale and now the Art Automobiles auction. 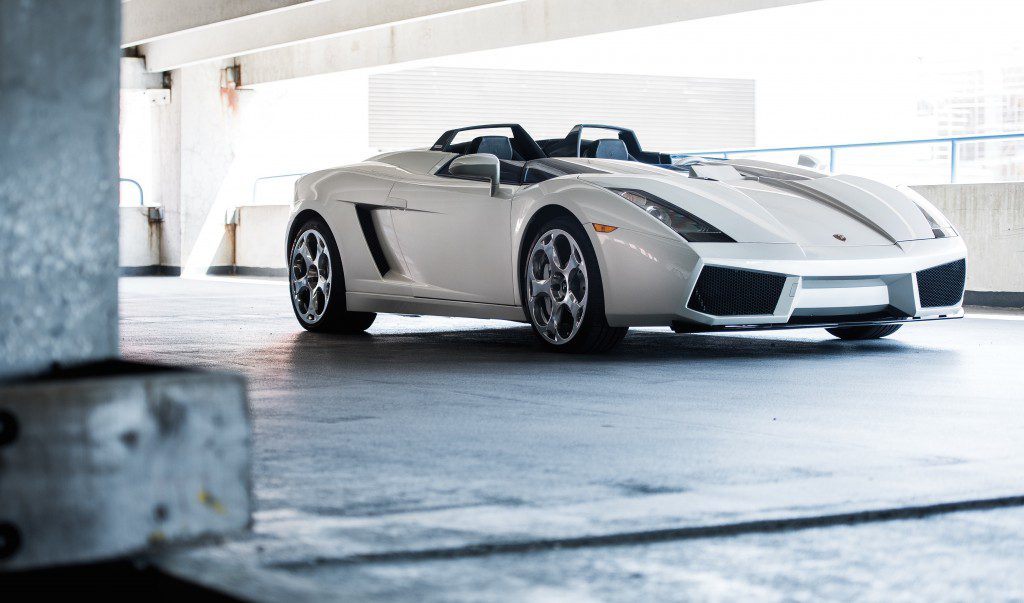 The first consignment to be announced for that sale is the Lamborghini Concept S, chassis 001, introduced to be “an extreme interpretation” of a Gallardo roadster, albeit one with a twin-cockpit design and windscreens that are lowered for an even more dramatic wind-in-the-face experience.

The windscreens wrapped around the driver and the passenger, forming a central spine down the middle of the car that serves as an air inlet for the rear-mounted V10 engine.

RM Sotheby’s says the car is fully operable and street legal and has been driven 180 kilometers (fewer than 120 miles) in testing and a few trips around the show fields at concours d’elegance, including two appearances at Pebble Beach.

“The Gallardo Concept S is downright wild and an absolutely perfect car to be featured within the 10th floor galleries at Sotheby’s,” said Ian Kelleher, managing director of RM Sotheby’s West Coast division.

‘The Lamborghini’s blend of avant-garde style and uniqueness sets the tone for what will be a theme carried throughout the entire catalogue,” Kelleher added. “As we carefully curate the 2015 New York offering, we will continue to place a strong emphasis on significant design contributions throughout automotive history. It will undoubtedly be another watershed event.”