Why was there a hearse at the Concours d’Elegance of America’s preview? 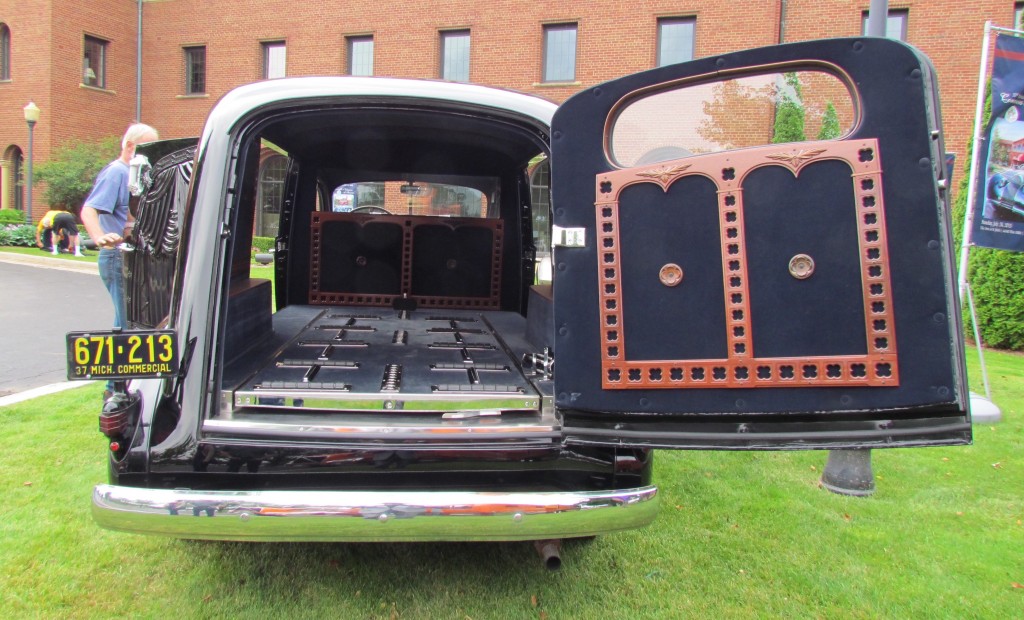 It seems obvious (plus the event’s vehicle-selection-
committee chairman admitted as much) that including a class for 1980s Dream Cars — vehicles such as the Lamborghini Countach and others that shared space with those posters of Farrah Fawcett on the walls of adolescent boys’ bedrooms — and another for Early Japanese Sports Cars is an effort to attract a younger audience to the 37th Concours d’Elegance of America.

But that doesn’t mean the organizers are overlooking traditional classic car enthusiasts; there also are special classes for Ferrari Competition Cars, for Pierce Arrows of the Classic Era, another called Auto Show ’55 featuring 1955 models, and classes for vintage Bentleys and Duesenberg Model Js.

Plus there will be a special class of 20 sports cars, another for Detroit Pony Cars, a class for Bonneville Streamliners, one for drag-racing cars and another for sprint- and midget-class racers.

There also will be a display of all three of the Bizzarrini Spyders, a special showing of cars from Bruce Meyers’ collection, and even a display of cars owned by a couple of the Detroit Tigers baseball players.

In addition to the concours on July 26, activities the two previous days include a driving tour, visits to the Henry Ford Museum, an RM Sotheby’s auction, an automotive art show, a concert in the park in downtown Plymouth, Michigan, a Concours d’Lemons, a cars and coffee as well as special shows for German and Italian cars, two Hagerty lectures, a luncheon for Forgotten Harvest, and the Motor City Mingle to benefit the JDRF and its fight against juvenile diabetes.

Such highlights of the event were revealed Wednesday at the concours’ annual media preview, which we attended and a few hours afterward realized the question we should have asked:

Who is the target audience for another of the event’s special classes — the one for hearses?

And officials of the Concours d’Elegance of America seemed downright proud that their’s will be the first such major concours in the United States to include a class for vehicles designed for the purpose of transporting coffins and their contents to interment.

Media day at the Inn at St. Johns, where the concours has been held for the past four years after its move from the Dodge family’s historic Meadowbrook Hall home, took the form of a mini-concours featuring a motorcycle, seven cars and a hearse – a 21-foot long 1937 LaSalle with amazing scrollwork along its flanks.

Joe E. Pray said his grandfather and great grandfather were in the dry-milk business when they were hired to help the woman who owned the local undertaking business in Charlotte, Michigan. They eventually bought that business, and a furniture store, where they kept caskets as well as couches, chairs, dressers and other typical house furnishings until purchasing a large house to serve as both a residence and funeral home.

Pray Funeral Home is in its 93rd year, said Joe E. Pray, whose father bought the LaSalle hearse some 30 years ago and had it restored more than a dozen years ago.

In good weather, the Prays still use the LaSalle for funerals, though Pray said he warns families that while it may be beautiful, it also is an old car that from time to time has mechanical issues.

That doesn’t seem to bother the families, he said, though he added that he does often have to referee regarding riding arrangements when family members start to debate who gets to ride in the old hearse on the way to the cemetery.