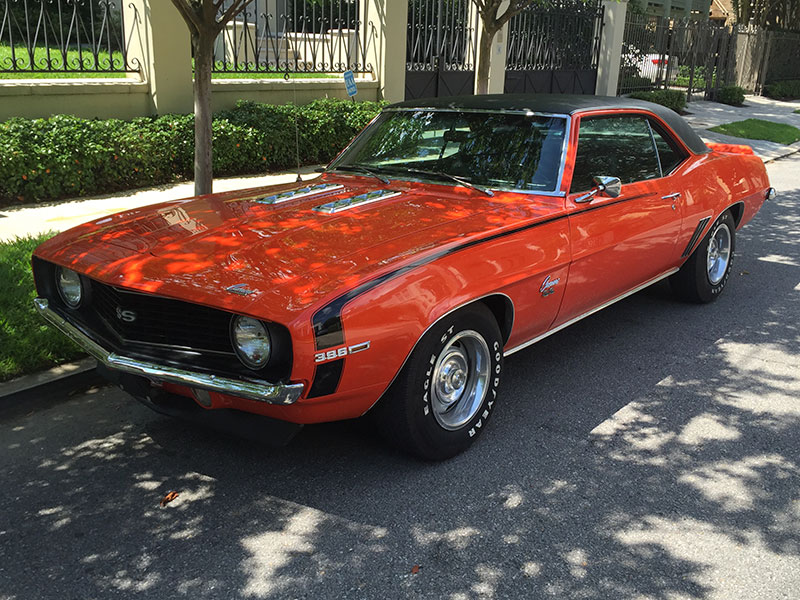 Celebrating its 20th anniversary year, the Vicari Auction Company has teamed with Mardi Gras World to host its fifth annual New Orleans collector car auction July 11 during Collector Car Appreciation weekend. The auction is expected to feature up to 200 cars as well as Disney art and items from Pete Vicari’s personal memorabilia collection.

Crossing the block will be a 1969 Chevrolet Camaro SS currently owned by New Orleans Saint Quarterback Drew Brees. The car is Hugger Orange and features a 396-cubic-inch V8 matted to an automatic transmission. The buyer will also receive an autographed jersey, pair of autographed game cleats, four tickets to a game during the 2015 season and a meet and greet for up to 10 people with Drew Brees at the Saints facility.

Other notable cars include 1956 Lincoln Mark II Continental coated in Mauve paint and powered by a 368-cubic-inch V8 with an automatic transmission. The car also features power steering, breaks, seat, locks, and windows.

An all-original 1970 Pontiac GTO Judge crossing the block reportedly is the 58th car off the assembly line as part of an early production in 1969. This car also features options such as Ram Air III engine and a dealer installed tilt steering wheel. The car also features Granada gold bronze metallic paint.

In addition to the cars being offered, artist Richard Sznerch is offering 30 original Disney artist-proof drawings. Proceeds from those drawings will be donated to the New Orleans Children’s Hospital.

“We have a diverse group of cars for the New Orleans auction, and I am honored to have the opportunity to sell some of Richard Sznerch artwork to raise funds for Children’s Hospital this year,” said Pete Vicari.

Over 200 vintage items made up of a variety of toys, signs, juke boxes, casino games and tables, and gas pumps will be sold from Vicari’s personal collection.

Louisiana Collector Car Appreciation weekend kicks off with Vicari Auction on Saturday, with gates opening at 8:00 a.m. The Vicari Auction begins at 9 a.m.  with automotive memorabilia followed by classic automobiles.