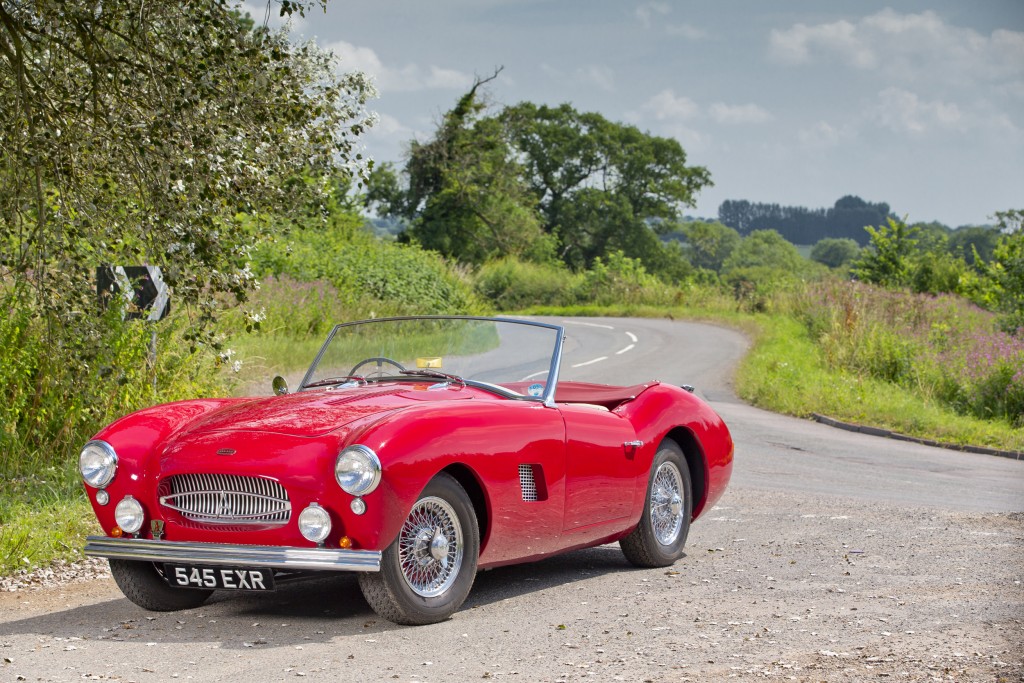 Sydney Allard’s own 1956 Palm Beach sports car, the one that was on the stand at the Earl’s Court Motor Show, is being offered for sale at H&H’s Chateau Impney Hill Climb auction, scheduled for July 11 in Worcestershire, England. The car is being consigned by Allard’s son, Alan, and grandson, Lloyd, who reacquired the car in 2012 and have restored it since then, H&H said in a news release.

“While the name Allard is synonymous with V8-powered cars, a far rarer model was the Palm Beach; a sporting two-seater powered by a variety of four- and six-cylinder engines,” H&H said in its announcement. “The car to be offered by H&H, with a lusty Ford straight-six, was used as a company demonstrator and was on the Allard stand at the 1956 Earl’s Court Motor Show.

“Having spent some time outside the family’s hands, in 2012 father and son Alan and Lloyd Allard purchased it to restore. Now in superb condition having received a ‘factory restoration’ (with help from some of the original Allard engineers), it will be offered for sale by H&H at an estimate of £80,000 – 100,000. It represents a rare opportunity for the serious collector to acquire a unique piece of Allard history.”