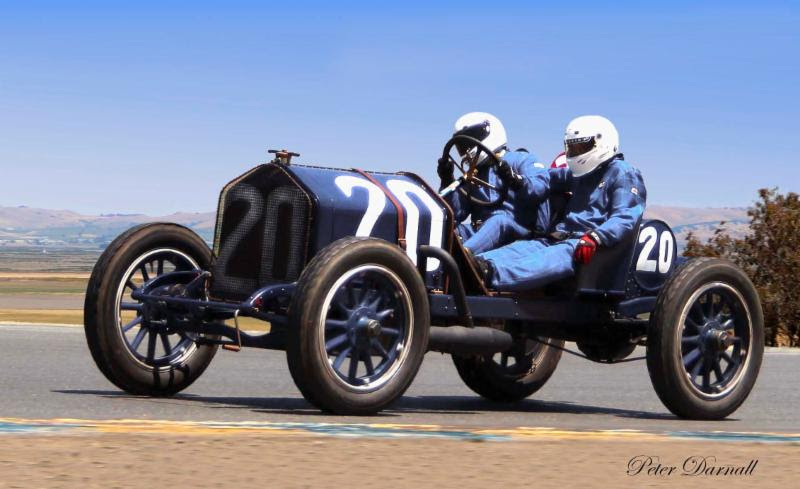 From 5 p.m. to 8 p.m. on July 17 at the Fairmont Miramar Hotel and Bungalows, the Santa Monica History Museum will celebrte the historic 1911 Santa Monica road races.

Santa Monica, California, was the site of early auto races from 1909 through 1919 and the 1911 race will be the subject of presentations from 5 p.m. to 8 p.m. July 17 at the Fairmont Miramar Hotel and Bungalows in Santa Monica.

The program will feature one of the two dozen cars that competed in that 1911 race. The car, now owned by Brian Blain, also qualified for the inaugural Indianapolis 500-mile race.

Also part of the evening’s schedule is a film and photograph display by Harold Osmer, author and Southern California racing historian.

The Santa Monica Road Races, Relived event is being staged to benefit the Santa Monica History Museum and will include an auction for an overnight stay at the Fairmont Miramar, dinner for two at the FIG Restaurant, spa therapy at Exhale, and rides in the original 1911 race car.

Races were held on the streets of Santa Monica from 1909 through 1919. Twice — in 1914 and 1916 — the races also served as the American Grand Prix and Vanderbilt Cup events. The 8.4-mile course started on Ocean Avenue and went uphill along Wilshire Boulevard (then Nevada Avenue), and to the Old Soldiers home (now known as the Veterans’ Center), and back down to the ocean on San Vicente.

The Fairmont Miramar is located on what was the race course’s southwest turn where competitors turned left off San Vincente onto Ocean. The turn was known back in the day as “Dead Man’s Curve.”