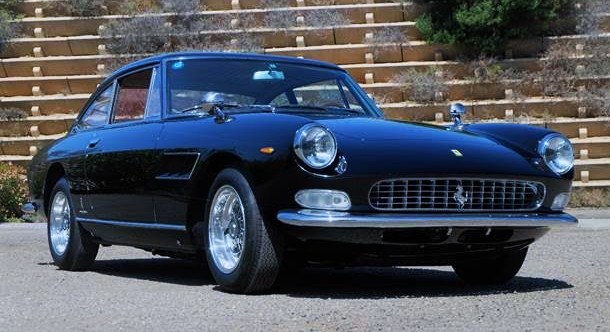 A 1966 Ferrari 330 GT 2+2 formerly owned by comedian and media personality Adam Carolla will cross the block at the Russo and Steele auction next month in Monterey, California.

The Series II model, powered by a Columbo V12 engine, is one of 455 examples built and, according to Russo and Steele, one of the best known of surviving examples with a history of prominent ownership since new. The Ferrari is a “matching numbers” example with fully documented mileage and with all services up to date, the auction says.

The car has made several media appearances, including featured vehicle on Jay Leno’s Garage.

While long-wheelbase Ferraris with back seats lag in value behind the 2-seat coupes, the 330 GT 2+2 Series II has climbed during the past few years along with all vintage Ferraris and now ranges in price from $285,000 to $355,000, according to the Hagerty Price Guide.