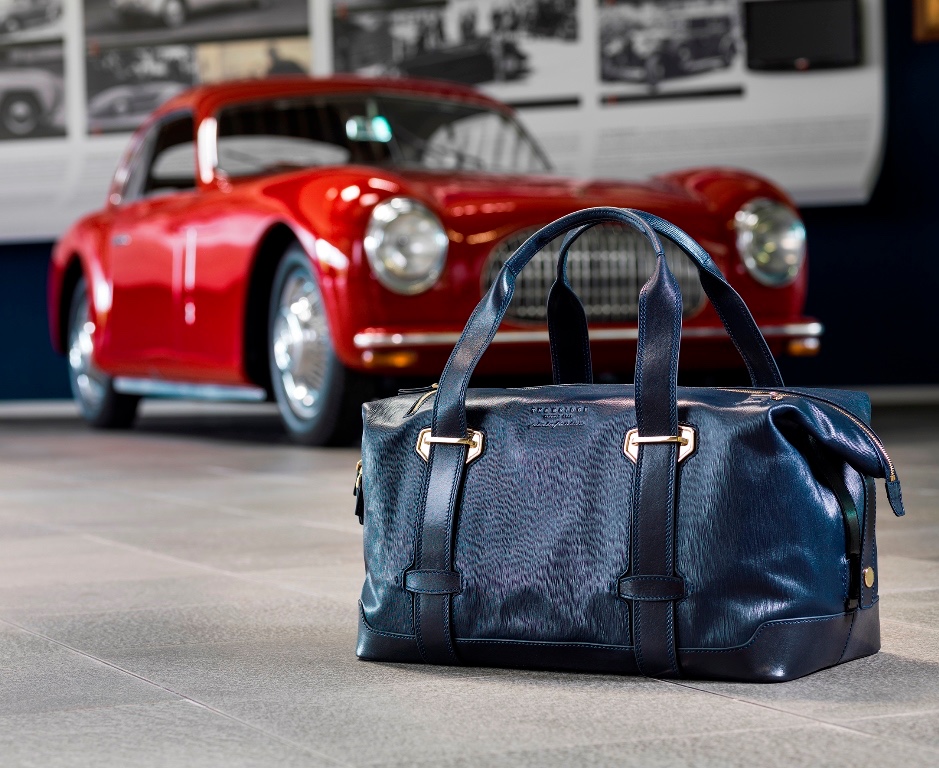 Pininfarina is making the most of its 85th anniversary celebration.

On June 11, at the start of a four-day anniversary celebration, it revealed a massive — 304 pages thick in a hardbound cover and 12×15-inch format — book on the history of the automotive design and coachbuilding company and many of its most outstanding vehicles.

The anniversary celebration was an outdoor motor festival in Turin, Italy, and included the Concorso d’Eleganza Pininfarina, an exclusive concours at Valentino Castle for Pininfarina-designed vehicles and a grand parade through 14 kilometers of streets closed to any other traffic.

And this week at Terazza Martini, Pininfarina announced collaboration with six other Italian companies to produce a series of six Pininfarina-designed lifestyle accessories, each limited to a production run of 85 copies in keeping with the 85th anniversary theme.

“Icon 85, Emozioni” is the theme for the items, all of which are being made in Italy. Those products are a carbon-graphite fountain pen by Visconti, a bracelet by Baraka, Lozza sunglasses by De Rigo, a polo shirt — with 23-karat gold printed on the fabric — by Horo, a “revolutionary” writing tool made from a metal alloy invented and patented by Napkin, and a Tuscan leather travel bag by The Bridge.

Prices range from 300 euro (approximately $335) for the polo shirt to 2,500 euro ($2,770) for the fountain pen. Items are available through the Pininfarina website (www.store.pininfarina.com) and through selected retail outlets.

Meanwhile, your coffee table better have sturdy legs if you want to display the large-format The Pininfarina Book, which includes some 250 photos with text by Gunther Raupp, Prof. Rolf Sachsse and Klaus Rosshuber displayed in English, German, Italian and Chinese languages.

Their words trace the history and work of Pininfarina through the generations, and the photographic images and design drawings are displayed large and lush. Automotive design — concepts and production vehicles — is featured, but also included are Pininfarina’s efforts in product and transportation design and architecture.