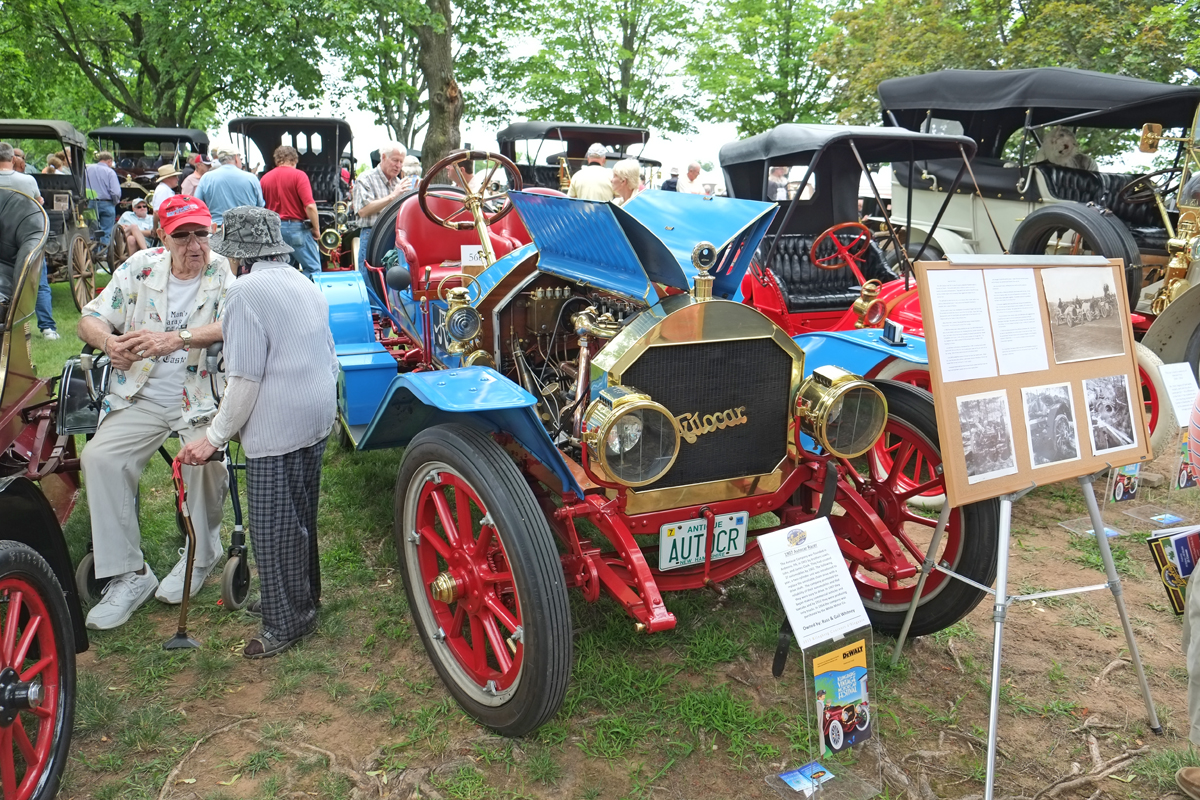 The 23rd Klingberg Auto Show and Concours in New Brittain, Connecticut, was held on the Klingberg Family Centers campus (which the show benefits) and was the biggest yet, featuring more than 350 cars, most of which were driven to the event. The show is unique as it is part antique car concours with many brass era cars on display, part American classic and muscle car show, and part European sports car show. Thus the Klingberg Auto show has something for everyone who has in interest in cars.

One of the highlights of the show was the display of cars built in Connecticut. Some of these Connecticut cars included a 1914 Trumbull Coupe built by the Trumbull Motor Car Co. in Bridgeport; a number of Pope’s, which were built in Hartford, including a rare 1902 Pope Hartford model; and a number of Locomobile cars, also built in Bridgeport.

Not to be overlooked were a number of Packard, Rolls-Royce, Chevrolet, Ford, Ferrari, MG, scores of muscle cars of every type and even a 1929 Bentley Speed Six.

The show grounds were ideal for such an event, offering a great space to view all these magnificent automobiles.