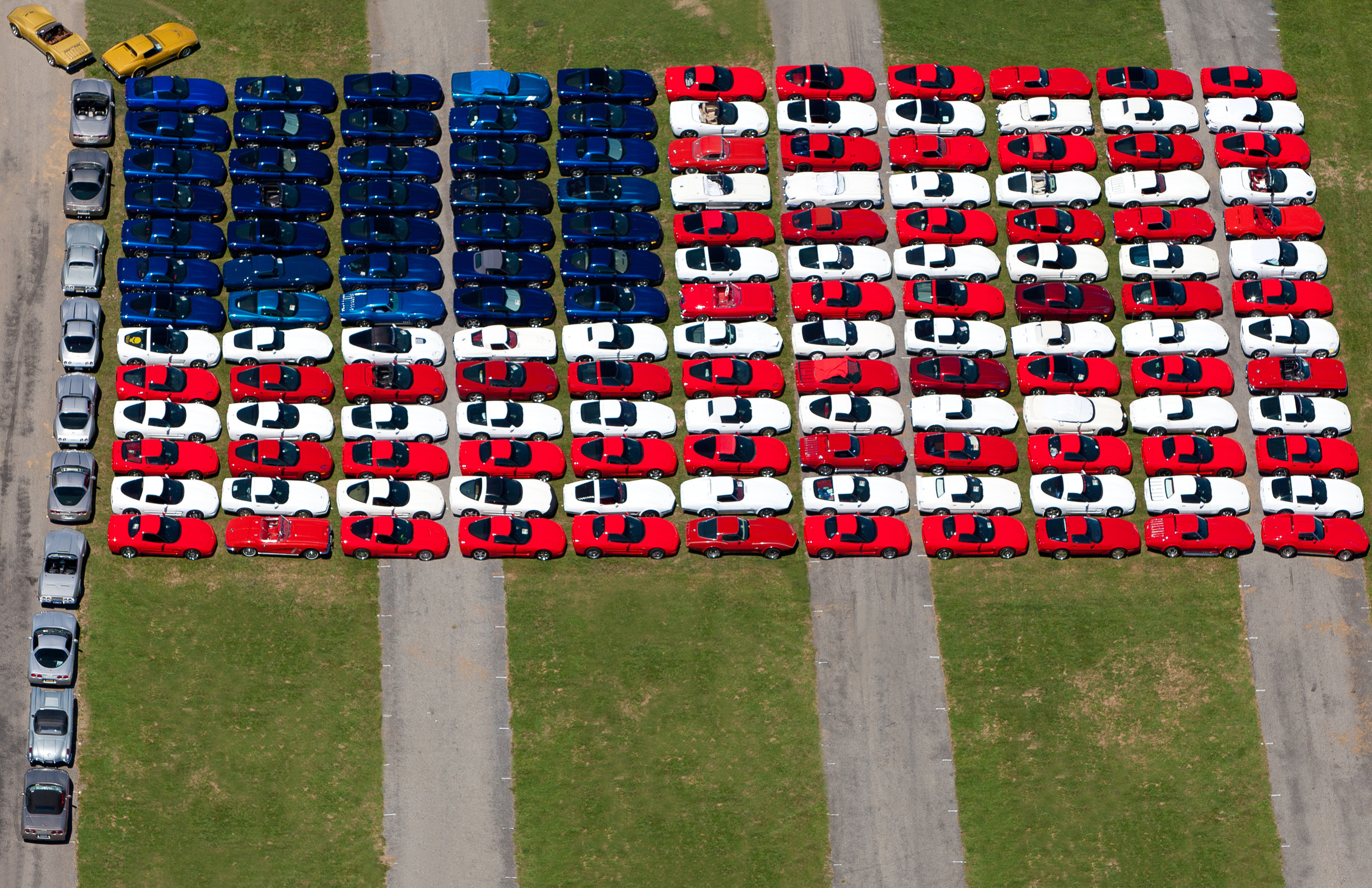 For the first time since 2010, more than 150 red, white and blue Chevrolet Corvettes will be parked in the formation of the American flag as part of the annual Corvettes at Carlisle gathering August 28-30. It takes some four hours to position the cars in the flag formation.

More than 5,000 of America’s sports cars are expected at the annual gathering, which will include a celebration of the 50th anniversary of the 1965 Corvette, appearances by General Motors engineers, seminars and even a 1965 World’s Fair cutaway Corvette and its transparent engine.

Another special presentation will involve Corvettes owned by members of the U.S. armed forces or armed service-themed Corvettes.

Scheduled to make his first visit to the event is car designer and customizer Chip Foose, who with MagnaFlow will host a special paddock on August 29.

On the Saturday of the weekend, the Corvettes hit the streets as part of the Downtown Carlisle parade and street party.