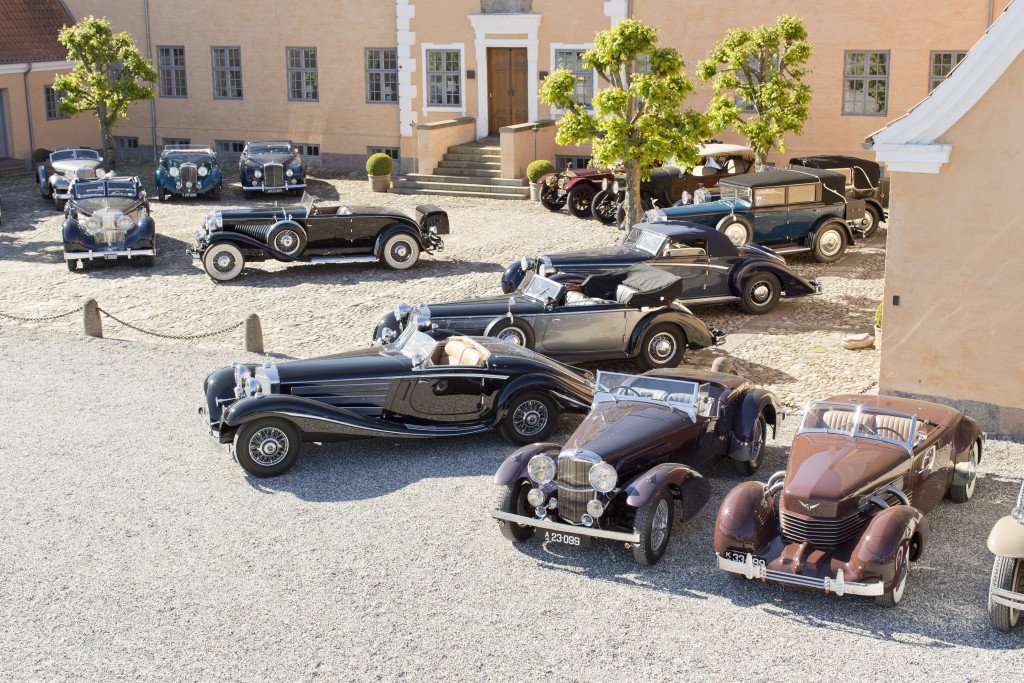 Now in his 70s and with his wife and road-trip traveling companion, Vivi, dying earlier this year, Henrik Frederiksen has contracted Bonhams to sell most of his amazing collection of predominantly pre-war automobiles. Early estimates are that the auction of about 48 of Frederiksen’s classic cars will produce $40 million in sales when it is held September 26 at Frederiksen’s Lyngsbækgaard estate in Denmark.

“I’ve never sold a car before. But this was something Vivi and I did together,” Frederiksen said in an exclusive interview with CNN. “With her gone, well, it’s time to close this door and open a new one. It’s time for these cars to find new homes.”

The cars were produced by such makes as Alvis, Bentley, Cadillac, Duesenberg, Hispano-Suiza, Horch, Isotta Fraschini, Jaguar, Lagonda, Maybach, Mercedes-Benz, Packard, Rolls-Royce and Stutz, among others. In age, they range from a 1905 Woods Electric Queen Victoria Brougham to a 1974 Citroen DS 23 Pallas.

“I think cars are a kind of art,” Frederiksen is quoted in a Bonhams news release. “I think they’re beautiful. I’ve always bought with the heart and not with the brain, I go with what I like, so no ‘one’ is my favorite.”

Frederiksen told CNN he focused on pre-war vehicles because, “It was a time before mass production, at least for higher quality cars. You can see the hand of the craftsman, you can see the details, the beauty of each component. Each one is a work of art and each has a story to tell. It’s the polar opposite of cars today.”

While he said he doesn’t have a favorite, he told Bonhams, “I’ve used the ex-J.D. Rockefeller Bentley and the Cadillac the most, so I’ll be sad to see them go. I’ve been in the motoring world for a long time now, but it’s time…”

The setting for the sale is as spectacular as the cars. Lyngsbækgaard dates to the 16th century, is located in Mols Bjerge national park and was the summer home of the king of Denmark. The Frederiksens spent three years restoring the estate.

“Rarely does one see a single-owner collection that showcases such a broad variety of important brands, and yet still keeps to such a clear, historic theme where manufacturers pursue motoring perfection,” added Bonhams co-chairman Malcolm Barber. “It’s truly remarkable.”

The cars being offered include 13 Rolls-Royce — including five Silver Ghosts — three Mercedes-Benzes, three Cadillacs and two Bentleys. All are in running condition, Frederiksen told CNN. Frederiksen and his late wife often took those cars on long road trips, both in Europe and North America.