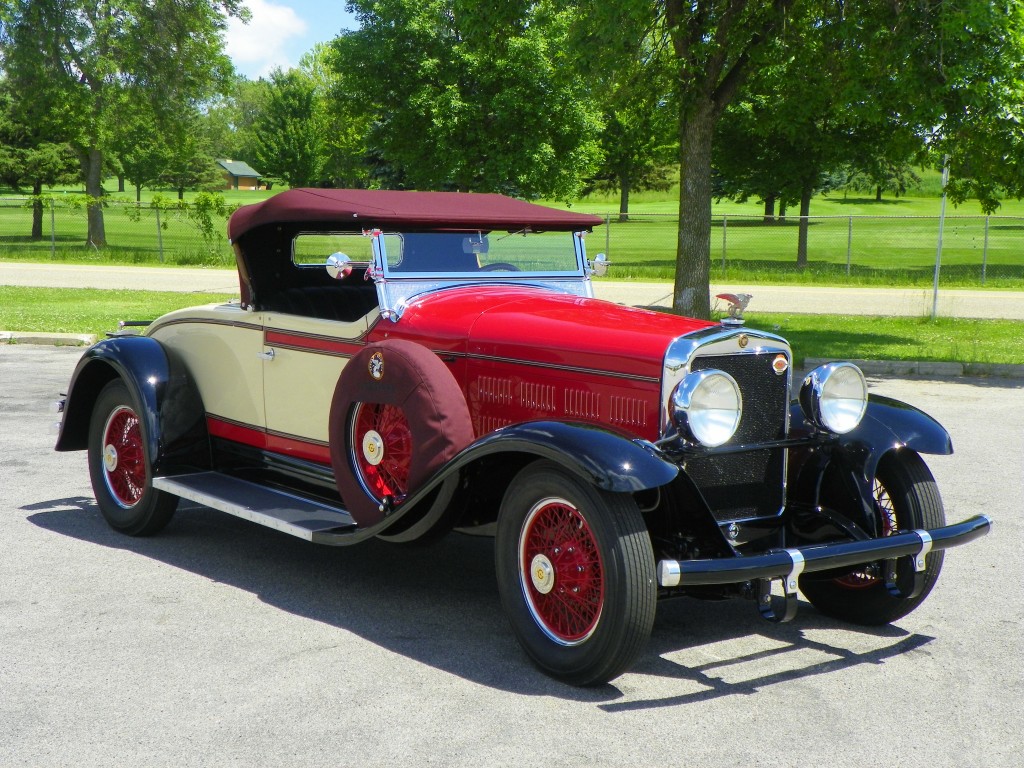 One of the vintage cars being shown at the 2015 Milwaukee Masterpiece Concours d’Elegance on August 23 is a 1928 Gardner Model 85 Sport Roadster.  The rare car is owned by namesakes Bob and Kim Gardner of St. Paul, Minnesota, who say that taking the car to the concours is like bringing along a family member.

According to Bob Gardner, his fascination for classic cars began at an early age, and by 14, he had discovered there was “once a car with my name.” His dad told him that he had once owned a Gardner. Bob was captivated, and he began his research of the Gardner brand.

In 1982, Bob saw his first Gardner, a 1926 Gardner Cabriolet, while attending the Old Car Show in Iola, Wisconsin. Later, at a show  in Hershey, Pennsylvania, Bob met George Breckenridge from Yates City, Illinois, who owned the 1928 Gardner Model 85 Sport Roadster that Bob would eventually own. He and Breckenridge became fast friends and kept in touch over the years.

In 2007, Bob bought the car and began the restoration process. In 2008, he brought the Gardner to Ohlendorf Restoration in Illinois to be worked on by the shop owner, Tim Ohlendorf.

“When restoring a car such as this, complete is really important,” Bob said. “A few weeks after the car arrived at Ohlendorf, Tim called and said we were missing the bell housing, starter and a couple of other parts.”

Many of the parts are unique to Gardner and finding them is next to impossible. Fortunately, some of the missing parts were found in George’s garage, and others were borrowed from other Gardner owners to create replica parts.

The car’s aesthetics became an adventure in itself.

“We had quite a decision to make as Gardner had 50 color combinations for 1928 ,plus they offered any color a customer wanted for an extra fee,” Bob said.  “We could have picked anything but we liked the colors featured in a 1928 Gardner ad: red and buckskin with black fenders and aprons.

“Gardner had 25 different trim choices in 1928, an incredible number for a manufacturer that only built 3,000 cars that year. We chose black leather upholstery and a maroon top.”

Upon completion of the restoration of the Gardner in 2012, Bob took the car back to show George, who had fallen ill.

Restoring and enjoying his namesake car has been a fascinating experience for both him and his wife, Bob added.

“We love showing the car and sharing the Gardner story,” he said.