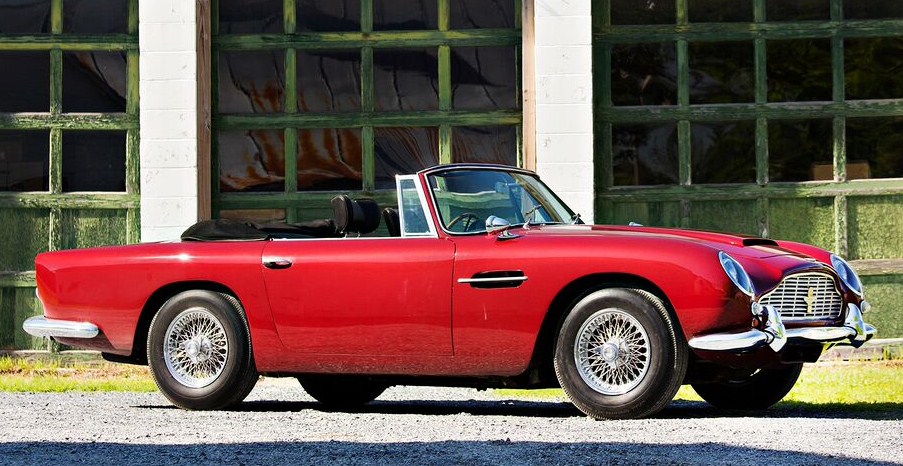 Three pieces of British royalty with celebrity connections will be up for auction in August during Gooding & Company’s Pebble Beach sale.

The auction, which takes place August 15-16 at the Equestrian Center adjacent to the Pebble Beach Concours d’Elegance, offers a collection of top-drawer collector cars during the annual sale, which last year soared well over $100 million during the two-day event.

Each of the three English cars is expected to go into seven figures. They are:

• 1965 Aston Martin DB5 convertible, valued at $1,400,000 to $1,800,000 – The DB5 convertible is considered the ultimate expression of Aston Martin’s Touring-bodied GT. This one was originally constructed for Hollywood screenwriter, producer and playwright Wilton David “Bill” Manhoff, who wrote the script for the Broadway play The Owl and The Pussycat and produced such television classics as The Odd Coupe, Petticoat Junction, The Partridge Family and Leave it to Beaver. After only four owners, the DB5 is largely in original, low-mileage condition and is being offered for the first time at public auction.

• 1953 Bentley R-Type Continental fastback, valued at $1,400,000 to $1,800,000 – The R-Type Continental is an icon of British motoring driven by royalty, celebrities and industry leaders. This coupe was discovered recently in a California garage where it had been hidden away for more than three decades and comes to auction in unrestored condition. With a body by Mulliner, the Bentley was ordered new by author Ian Fleming, creator of the James Bond series, for his friend and collaborator Ivar Bryce, who was the inspiration for Fleming’s fictional character Felix Leiter. The Bentley retains its original left-hand drive, manual transmission and lightweight seats, and such special features as fitted luggage and a racehorse mascot on its radiator.

“We were absolutely thrilled when we uncovered these three magnificent cars,” said David Gooding, president of Gooding & Company. “They are true automotive discoveries because they possess all the right qualities collectors want when buying significant motor cars. Each car has rich provenance, desirable long-term ownership, and exceptional design.”