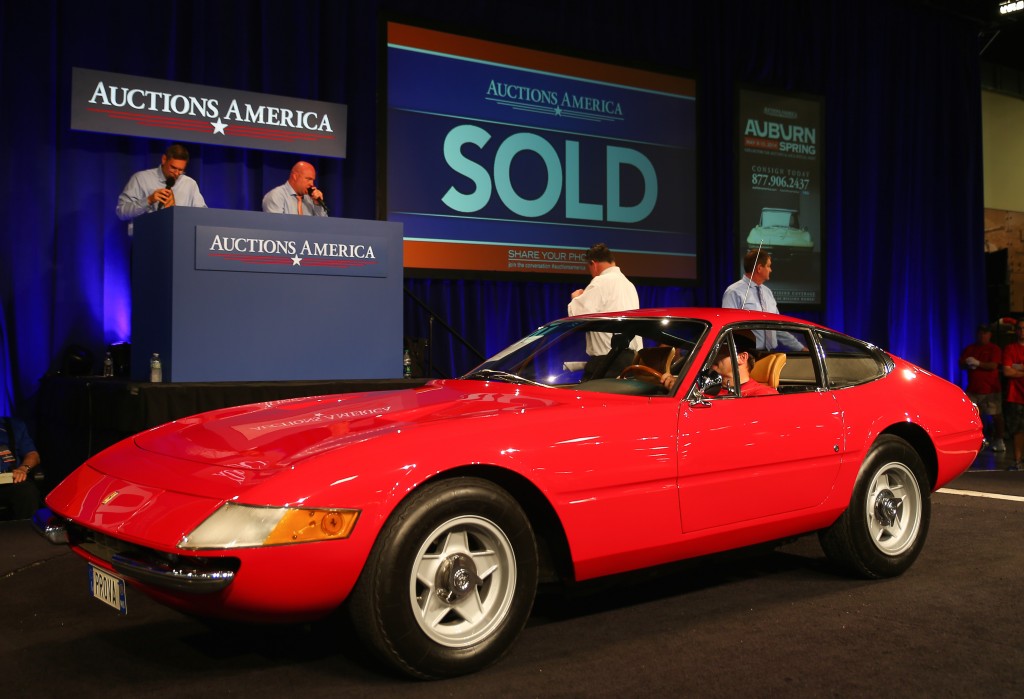 Barely into its teenage years, the Hilton Head Island Motoring Festival & Concours d’Elegance is maturing nicely. In early June, it announced a new Aero Expo and Flights & Fancy Aeroport Gala to celebrate the history and future of aviation, and Tuesday it joined Auctions America in adding a classic and collector car auction to its growing list of attractions.

“Whether you like to watch, bid or buy, there’s nothing quite as thrilling as a live collector-car auction and we expect the Auctions America event will be a highlight of this year’s festival,” Carolyn Vanagel, president of the Hilton Head Island Motoring Festival, said in a news release.

“The Motoring Festival is a perfect fit with our existing events calendar, both in terms of its timing, as well as its location,” said Auctions America president Donnie Gould. “Hilton Head Island is certainly a hub for collector car enthusiasts. This new sale will provide an exciting close to our 2015 season.”

The sale is scheduled for Saturday, October 31, at the festival’s host hotel, The Westin Hilton Head Island Resort & Spa.

The auction will conclude a 2015 calendar that included Auction America sales at Fort Lauderdale and Santa Monica and two at Auburn, Indiana. Auctions America is a division of RM Sotheby’s auctions.

The festival begins October 23-25 with the Savannah Speed Classic, a series of vintage races on the Grand Prix of American circuit at The Westin Savannah Harbor Golf Resort & Spa. The festivities then move to Hilton Head Island October 30-November 1.

A Flights & Fancy Aeroport Gala is scheduled for the evening of October 30 in a hangar at the Hilton Head Island Airport with the Aero Expo the following day featuring vintage and historical aircraft as well as the newest in aircraft. Among the planes scheduled for the expo are a 1928 Ford Tri-Motor 5-AT-B formerly used for Grand Canyon tours; one of only 65 1936 Waco YSK-6’s; a 1938 Lockheed 12A Electra; a 1943 Boeing PT-13D, a model used as a World War II pilot training; and a 1946 Globe Swift GC-1B, a model nicknamed as the “snowflake” because no two are identical.

The aero theme will carry over Sunday on the concours show field with several airplanes matched with cars from the same era, including a 1926 Lincoln L Type 130 boattail speedster, a 1933 Chrysler Custom Imperial phaeton and several aviation-inspired vehicles form the Lane Motor Museum, including a 1920 Peugeot Propeller bicycle, a 1930 L’Eclair and a 1932 Helicron.

“Wings and wheels enthusiasts have always shared a passion for innovative design, technology and performance,” Vanagel said. “That’s why we’re pleased to add this newest event for our expected 20,000 visitors.”

The Hilton Head festival also will celebrate South Carolina’s growing role in the auto industry, including the 20 anniversary of BMW Manufacturing in the state, the 40th anniversary of BMW sales in North America, and the anticipation of the centennial of the BMW brand in 2016. A special exhibit at the event will feature a significant BMW from each decade.