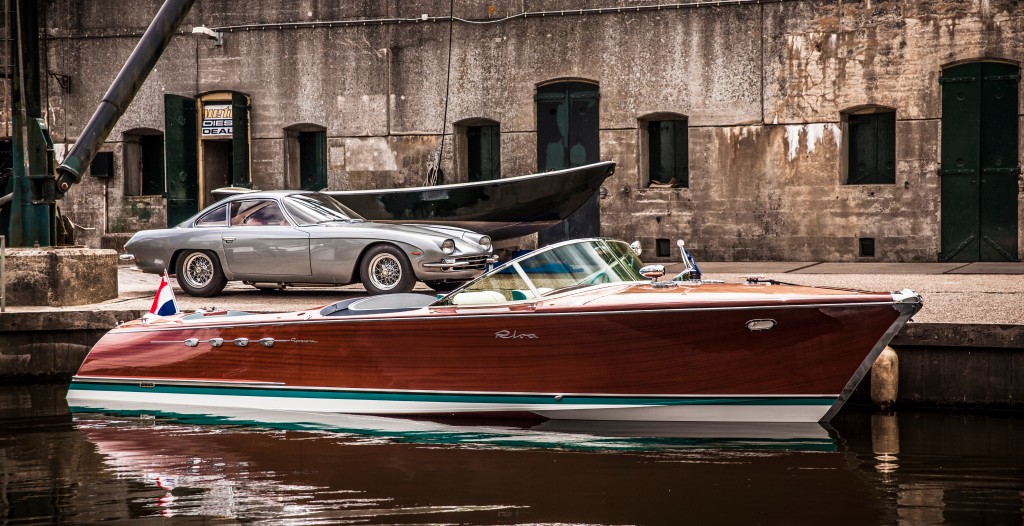 Ferruccio Lamborghini may not have liked his Ferrari, but he apparently enjoyed his Riva Aquarama speed boat enough to have owned it for more than 20 years before selling it to his friend, Angelo Merli, in the summer of 1988.

The boat, powered by a pair of Lamborghini’s own V12 engines, was thought to have been lost after Merli’s death in 1993 but has been found and restored and is being offered for sale in the Netherlands.

Legend has it that Lamborghini, known as the manufacturer of tractors, complained to Enzo Ferrari about the sports car Lamborghini had purchased and was told that if he thought he could do better, then go ahead, which Lamborghini did starting in 1963.

History has it that Pietro Riva was a young shipbuilder who had just moved to Lake Iseo when a storm devastated the local fishing fleet. Riva repaired those boats and in 1842 launched his own boatbuilding business, which for many years would be run by Riva’s son, Ernesto, who, as the Riva website puts it, had the “far-sightedness” to start putting internal-combustion engines in those boats.

On June 7, 1968, Lamborghini took delivery of a newly designed Riva Aquarama model, but an extraordinary version with an engine compartment that had been modified to accept a pair of 4.0-liter, 350-horsepower Lamborghini V12 engines similar to those in the 350 GT sports car that he had been producing. At Lamborghini’s request, boat-maker Riva also produced a unique and open exhaust system, and special railing so passengers could take a hand hold during high-speed runs. It was Ernesto’s son, Serafino, and Serafino’s son, Carlo, who would take the company into the world of racing yachts and luxury watercraft.

After finding Lamborghini’s Riva, a Riva collector from the Netherlands had the boat restored by Riva World, a Dutch company that specializes in Riva restoration. The restoration took three years and included:

“We rebuilt the two original Lamborghini V12 engines so they would be fully fit for use in the boat,” Sando Zani of Riva World said in a news release. “In addition, we had access to the specific parts from the original (Lamborghini V12) engine in the Ferruccio Lamborghini Museum.”

Riva World also had help from Lino Morosini, who was co-designer of the Aquarama Lamborghini, and from the late Bob Wallace, long-time Lamborghini development and test driver.

Each of the engines is equipped with six twin Weber carburetors and revs to 5,000 rpm, with “formidable” torque available from 1,500 rpm, Riva World said.

Together, Riva World noted, they give the Riva Aquarama Lamborghini a top speed of around 48 knots, compared to 40 knots (55 mph) for regular Aquaramas that Riva regularly outfits with twin V8 engines.

After the boat’s restoration last year, Carlo Riva ran the craft several times on Lake Iseo. The craft and all of its original documentation are now available for sale at Riva World in Uithoorn, near Amsterdam’s Schiphol Airport.

Riva World’s Zani told ClassicCars.com that an asking price has not been announced, but the boat has a current insurance value of $3 million.

Asked why the craft is not being sold at auction, he noted that Riva World has, “with success,” sold at auction the Riva Tritone of Prince Rainier of Monaco (at RM) and “the last Riva” 1995 Aquarama Special (at Mecum) in recent years. However, he said, the owner of the Aquarama Lamborghini wants to be sure the boat is going to someone who will cherish the craft and its history.