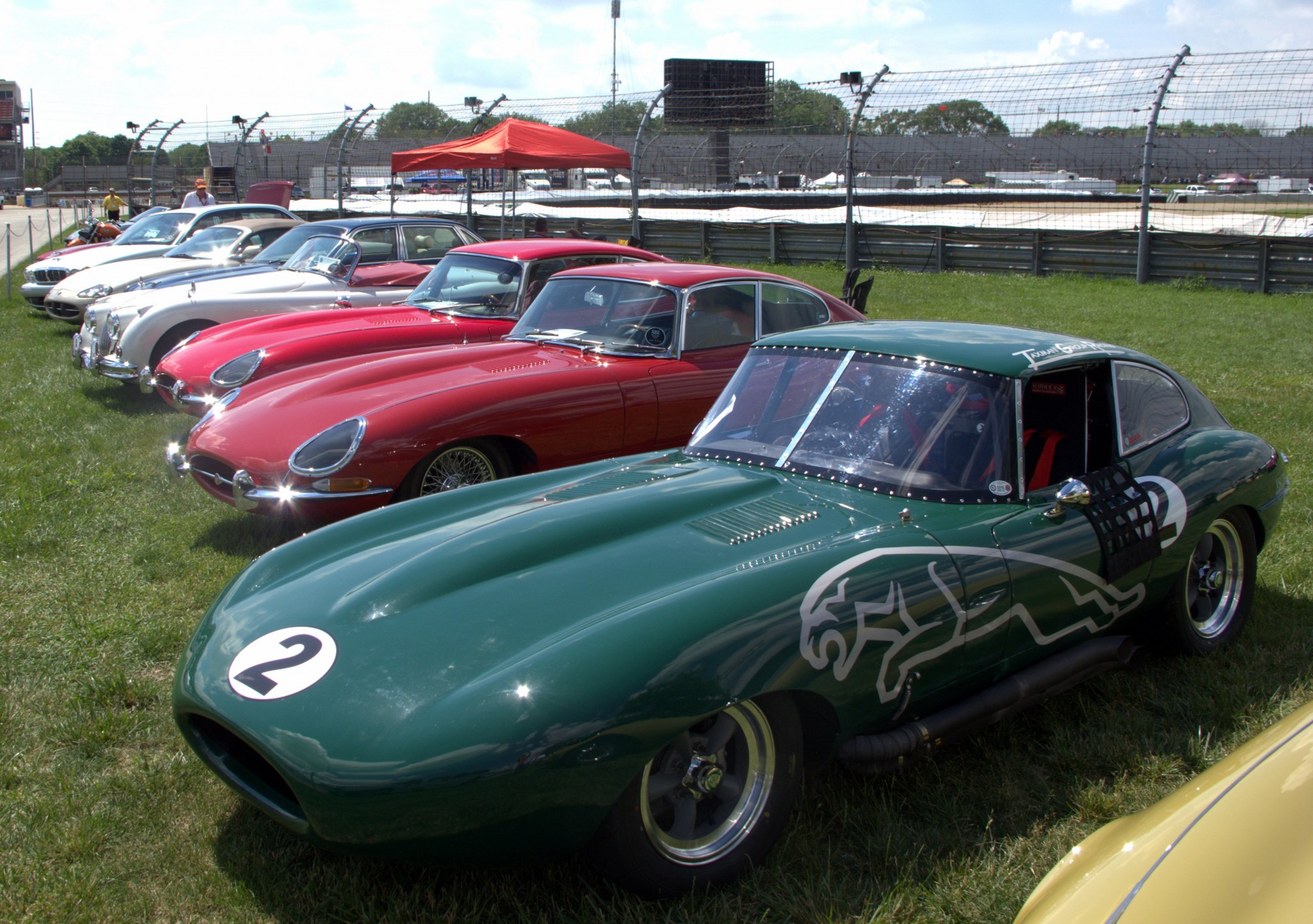 Not content to stage four days of on-track action in conjunction with a collector car auction, the Sportscar Vintage Racing Association (SVRA) crammed a Shine & Show into its recent Brickyard Invitation.

Organizers were uncertain about how many might turn out for this addition to the second-year event and reserved lakeside space beside the Indianapolis Motor Speedway infield golf course. As it turned out, with 70 cars entered and the show fit tidily into a corner of the paddock, just outside Turn 3 of the road course where owners could find shade under a few trees, got a good view of the racing action, and found it easier to drive cars in and out. Entrants to the one-day car show also got tickets for the races, plus access to the Saturday evening dinner with the racers followed by a Blood, Sweat & Tears concert, and fireworks.

In this small but high-quality field, the 1955 Keck Streamliner, previously shown at venues like the Pebble Beach Concours, stood out for appearing at the Speedway for which it was intended. Team owner Howard Keck had it built, intending to install a Novi engine and enter it in the Indy 500 for his driver Bill Vukovich, who’d won in 1953 and 1954. However, the streamliner wasn’t finished in time for that race and Vukovich died in a crash while driving a more conventional Indy Roadster entered by Lindsey Hopkins. Keck quit racing and the car sat for decades before it was finished, now with a Maserati engine.

Conducted separately from the SVRA’s usual judged awards for the vehicles entered in its races, this show could grow into something bigger in coming years. Assuming a long-term future, it might even evolve into a full-on concours. The golf course would be an obvious venue, but remained open to golfers during the race weekend.