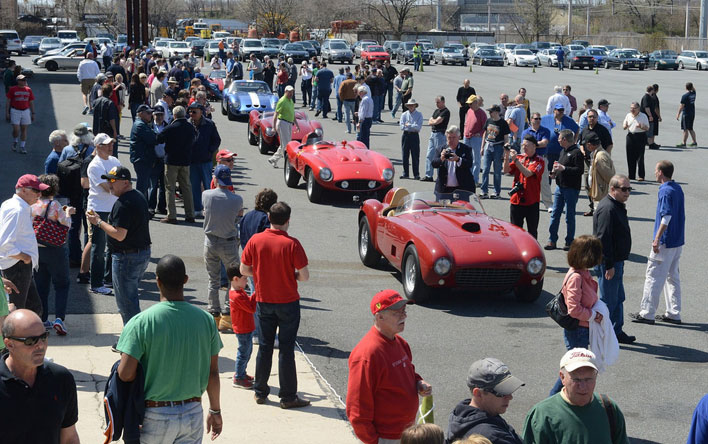 This Saturday, June 27, Music City Dream Cars will be at the NCM (National Corvette Museum) Motorsports Park in Bowling Green, Kentucky, allowing enthusiasts to drive a Ferrari or a Lamborghini on an autocross style track for $95. The program will be repeated July 11.

Also at the NCM Motorsports Park, the National Automotive Sport Association Great Lakes Region stages an event July 17-19 with four race groups, and with or without instructors in addition to time trials and competition racing.

The Volo Auto Museum in Volo, Illinois, plans its 3rd annual VooDoo A Go Go car show for Saturday, June 27. The show will feature traditional customs, hot rods, muscle cars, and motorcycles. All vehicles must be pre-1980. The show begins at 9:00 a.m.

The Blackhawk Museum celebrates the Fourth of July by participating in a fourth of July parade through the historic downtown of Danvile, California. The parade is being organized by the Kiwanis Club of San Ramon Valley. The parade usually draws from 30,000 to 40,000 spectators and have raised over $1 million through sponsorships and community service projects. The following day, July 5, a Cars and Coffee cruise-in is slated at the museum.

Commemorating the 150th anniversary of President Abraham Lincoln’s assassination, the Studebaker National Museum in South Bend, Indiana, has opened an exhibition, “Lincoln’s Final Journey: A Nation Mourns.” The exhibit is open until October 31. Featured in the exhibit is the carriage in which Lincoln and his wife went to the Ford Theater the night he was killed. The carriage has returned to its permanent residence at the Studebaker museum after being on loan to the Smithsonian.

The Lane Motor Museum in Nashville, Tennessee, is featuring an exhibit, “Les Autos Françaises: 60 Years of French Automotive History,” which focuses on 60 years of car production in France, displaying 30 of the most unique cars from their collection from 1924-1985.