Kapow! The original Batmobile is for sale again 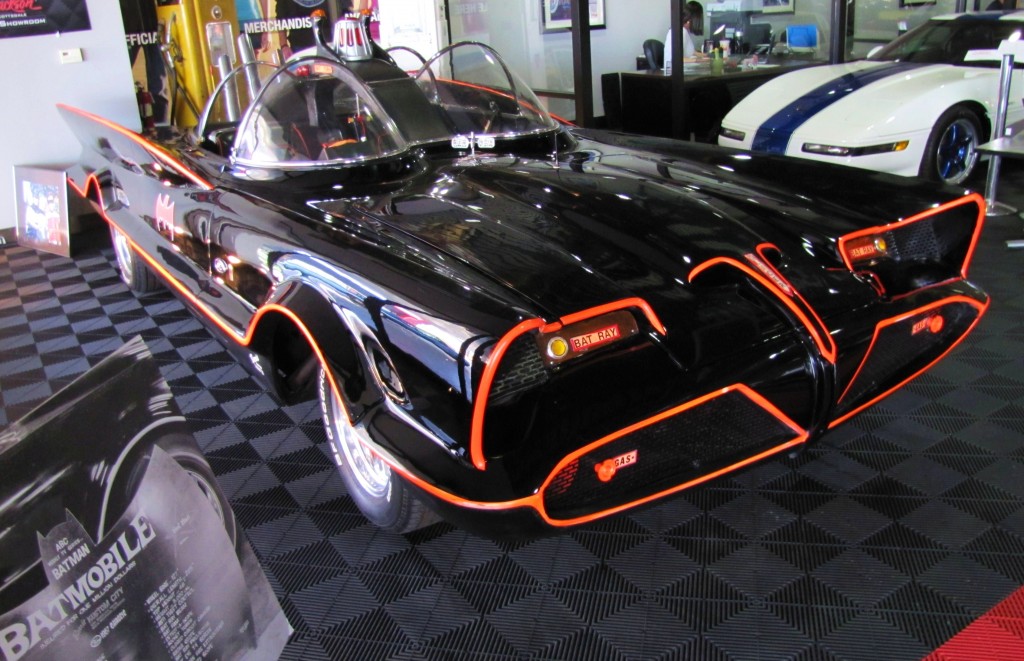 Remember all the hoopla that accompanied the sale of the original Batmobile at Barrett-Jackson?

That was in January 2013, when the enormous Scottsdale auction arena was packed with a shrieking, standing-room-only crowd as the Batmobile rolled up on stage as the “Batman” theme song from the 1960’s TV show blasted overhead. George Barris, the famed King of Kustomizers who designed the TV prop car, was on the auction block, along with former motorsports model Linda Vaughn, who danced on stage dressed as Batgirl.

Bidding on the Batmobile was frenetic, building in size and volume as the spectators cheered. The iconic car was finally hammered sold at $4.2 million, an astounding figure, after a battle between two determined bidders that was finally decided with a coin toss. The final tally, including auction fee: $4.62 million.

The Batmobile sale was pure theater, wildly over the top even by Barrett-Jackson standards.

“Was that not electric in that room?” Craig Jackson, CEO of the auction company, said the next day. “That was just a surreal moment.”

Now, the Batmobile is for sale once again, although this time in a considerably more-subdued fashion. Quietly, the Phoenix businessman who bought the Batmobile has consigned it to Barrett-Jackson’s Collection Showroom in Scottsdale, where it sits among the muscle cars and classics waiting for another Batman fan to pony up for this historic piece of television lore.

The price tag is $5 million, according to showroom manager Muffy Bennett, although the owner is accepting offers.

Set in the showroom window for anyone driving down Scottsdale Road to see, the Batmobile looks oddly forlorn, like an aging actor seeking recognition once again. But for those who remember the Batmobile thundering out of the Batcave on yet another crime-fighting mission on the Batman show, the sight of it festooned with all its faux gadgetry is exciting because here it is, the one-and-only original Batmobile as seen on TV so long ago.

Getting up close and looking inside, there are the controls and famous Batphone (which is actually a red plastic toy) that Adam West and Burt Ward as Batman and Robin used for battling such villains as The Joker and The Penguin. The Batman show was famously camp, and the Batmobile shows the twists of ironic humor in its bold labels and imaginative action gear.

In 1965, George Barris and his crew built the Batmobile in just a few weeks after receiving the order from ABC producer William Dozier who wanted a unique car for the upcoming TV series. Barris had just the template for the project, the 1955 Lincoln Futura show car – a bubble-top concept built by Italian coachbuilder Ghia – which he had been storing after buying it from Ford for $1.

The Batmobile was a huge hit on the TV show, becoming as least as big a star as the human actors. The car also became the best-known of all Barris creations.

After the Batman show folded and the car retired, it was returned to Barris, who made three replicas using molds of the original. The Batmobile and its replicas became regulars on the show circuit.

The Batmobile left Barris Kustom Industries in North Hollywood for the final time in December 2012, headed for the Barrett-Jackson auction. The impending sale of the Batmobile was highly publicized, resulting in the frenzy at the auction.

Bennett shrugs at the lack of attention for the current Batmobile sale, noting that the car has not been actively marketed. Rather, the idea is to test the waters to determine interest.

Meanwhile, anybody in or around Scottsdale can drop by the Barrett-Jackson showroom for a close-up look at the original Batmobile. And maybe make an offer.

In a Seller’s Market, Here’s How to Buy a Bargain Classic Car

Question of the Day: What is your favorite Ford Torino?